Over 375 drugs are known to interact with Cyclobenzaprine, with over 77% of them being moderate. That said, over 20% of them are known to cause major drug interactions, while just a little over 1% of them cause minor drug interactions. Alcohol, for instance, moderately interacts when mixed with Flexeril, and the same goes with weed. On the other hand, Tramadol, among other medications, causes major drug interactions and must be avoided when on Cyclobenzaprine treatment. Some interactions may be dangerous and must be avoided, while some may have various moderate and minor side effects. And then there are others with unknown effects. Let’s take a look at some of the more commonly used medications or drugs and their known interactions with Flexeril.

Note: This article is not a substitute for a doctor’s consultation but rather a tool aiming to provide more information about Cyclobenzaprine or Flexeril and how it interacts with some of the most common drugs.

Mixing alcohol with Flexeril may worsen its side effects and cause new symptoms to arise, so taking the two together is not recommended and must be resisted. Flexeril and alcohol are both central nervous system (CNS) depressants, with each of them having its own effective means of relaxing or easing the pain. However, mixing them and using them together would be unwise and may lead to dangerous and devastating effects. Cyclobenzaprine warnings, comprising the effects of using each of these medications on their own include a slowing of the mental faculties, drowsiness, lightheadedness, and lowered motor coordination. When used together, these effects may be exacerbated, increasing the risk of an accident. For instance, there were 9509 emergency room visits in 2011 alone involving people who used the drug and alcohol together as per the Center for Behavioral Health Statistics and Quality’s national estimates. There is also a case where the combination of a high concentration of Cyclobenzaprine and alcohol proved to be fatal. Lastly, combining and using the two together results in a far higher risk and the likelihood of any related side effects as well as a physiological or physical dependency and Cyclobenzaprine abuse. 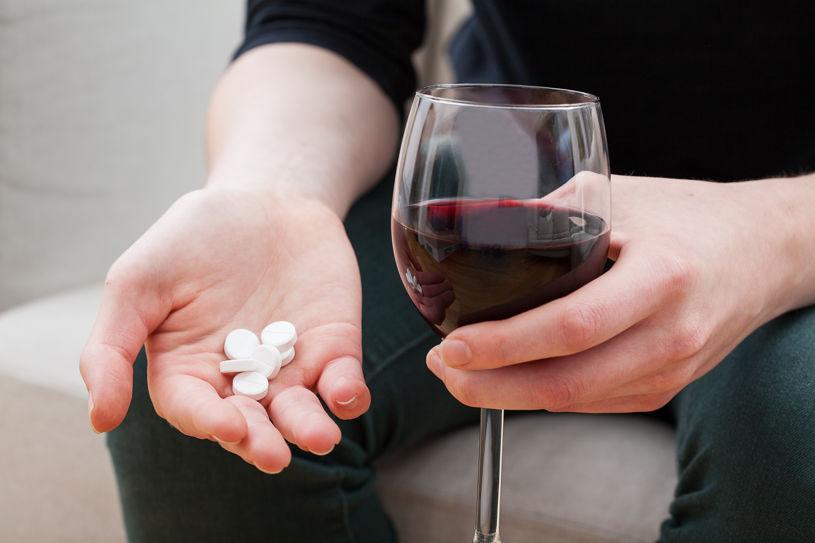 Possible Side Effects Of Taking Alcohol And Flexeril

Taking Alcohol and Flexeril together may cause moderate as well as intense side effects and symptoms such as the following:

The use of weed or marijuana while on Cyclobenzaprine treatment is another of the drugs that interact moderately with Cyclobenzaprine. Using both Cyclobenzaprine and weed together can have a wide range of adverse effects. It is advised not to use the two together as it can increase the risk of side effects such as confusion, trouble concentrating, dizziness, and drowsiness. Some individuals, especially the elderly, may also experience impaired judgment, thinking, and poor motor coordination. It is highly recommended not to use weed while on Flexeril, especially when doing anything requiring focus and mental alertness, such as driving motor vehicles or operating heavy machinery. 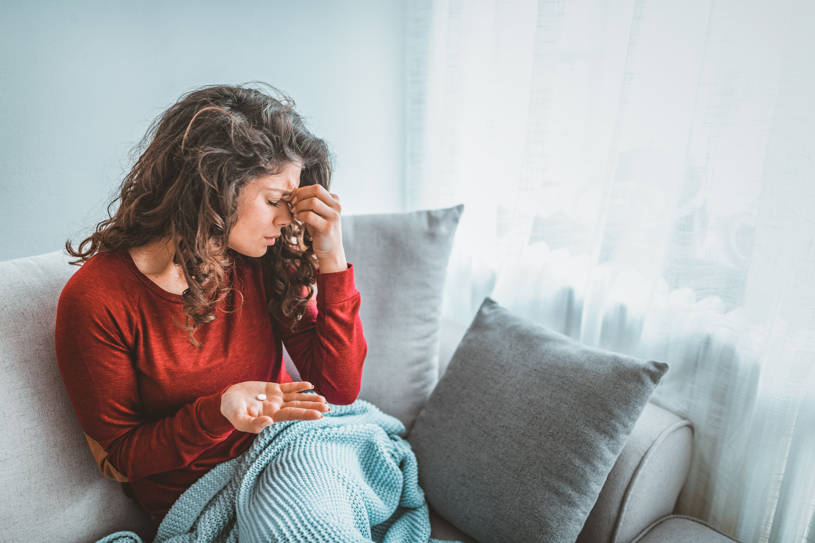 There are very few known medications with contraindicated Flexeril interactions, but among them are monoamine oxidase inhibitors (MAOIs) Isocarboxazid, Phenelzine, and Tranylcypromine. Since Flexeril has a similar structure as antidepressants in the tricyclic class, it may interact dangerously with the mentioned MAOIs. Combining them may result in side effects such as:

Cyclobenzaprine interactions vary in severity. Major drug-drug interactions indicate an increased risk of adverse effects, so concurrent use must be avoided unless there is no available alternative. It may also be used when in situations where the effects of a specific drug combination are desired or if the combination’s positive effects outweigh the adverse effects one may experience. When an individual is taking drugs with major drug-drug interactions, they must be closely monitored.

The combination of Cyclobenzaprine and Tramadol, an opioid and narcotic-like painkiller often used to relieve moderate to severe pain, is known to have major drug interactions. Using opioids with a muscle relaxant and central nervous system (CNS) depressant like Flexeril must be avoided as they negatively interact. When used together, one may experience the following symptoms:

Unless carefully evaluated and advised by a health professional, one should not mix and use Cyclobenzaprine and Tramadol together. And if using them together is absolutely necessary, be sure to gather as much information about how the two drugs interact and approach treatment with extreme caution — keep the doses of each drug to a minimum and watch the patient’s health closely, be on the lookout for signs of sedation or respiratory failure.

Other drugs with major Flexeril interactions include Zohydro ER (Hydrocodone), OxyContin (Oxycodone), Lexapro (Escitalopram), Cymbalta (Duloxetine), and Zoloft (Sertraline). Hydrocodone and Oxycodone may cause central nervous system (CNS) depression and can lead to respiratory failure, coma, or even worse, death. Meanwhile, Escitalopram, Duloxetine, and Sertraline may cause or increase the risk of developing serotonin syndrome — a rare and potentially fatal condition with symptoms such as: 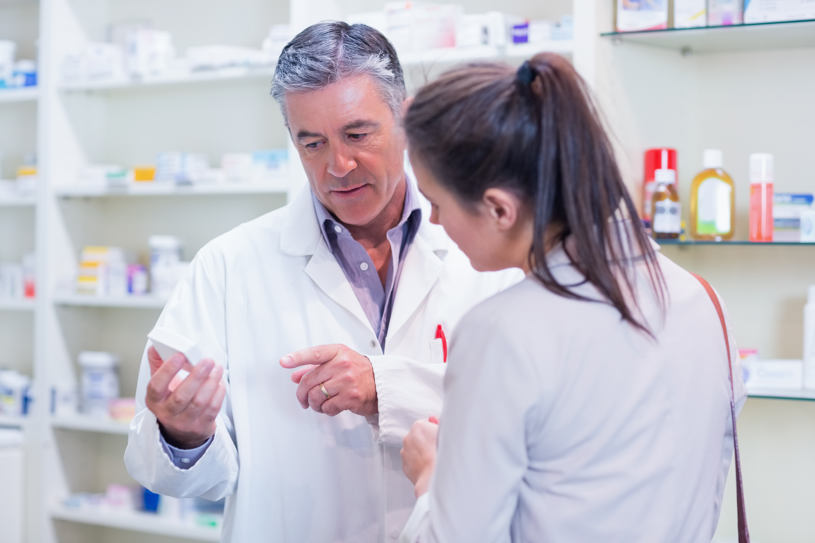 All other drugs and substances mentioned here belong to the moderate classification of Cyclobenzaprine interactions. The combination of Cyclobenzaprine and alcohol, weed, or Ibuprofen may increase the risk of side effects, just not as much as Tramadol does. Before combining and taking any of them, one must assess the medical risks that come with them to ensure that necessary actions are taken as needed.

The use of pain medications such as Ibuprofen with Flexeril is known to have moderate drug interactions. The combination of Cyclobenzaprine and Ibuprofen does not improve pain relief in most cases  — Flexeril is as effective alone as when taken together with Ibuprofen at regular prescription doses. However, when taken at higher doses, side effects such as tachycardia and metabolic acidosis may be experienced. Also, for patients with existing health conditions or chronic pain disorders such as acute myofascial strain, mixing Cyclobenzaprine and Ibuprofen is associated with an increased number of central nervous system (CNS) side effects. To sum it all up, taking the two together at regular dosages will not pose serious risks for most people as Ibuprofen does not usually interact negatively with muscle relaxant medicines like Flexeril. Still, it is always best to consult with a doctor before combining these medications (especially for individuals with existing medical conditions) for more information as well as medical advice, and also to be aware of the symptoms that may arise.

Other drugs with moderate interactions like that of alcohol, weed, and Ibuprofen include Benadryl (Diphenhydramine), Gabapentin (Neurontin), Ambien (Zolpidem), and Xanax (Alprazolam). These drugs may heighten the risk of side effects such as drowsiness, disorientation or lightheadedness, and mental impairment.

There are very few drugs with minor Cyclobenzaprine interactions. These include Modafinil, Armodafinil, Atazanavir, Donepezil, Dimenhydrinate, the Ipratropium nasal spray, and the Evening Primrose plant that is used in alternative medicine. The interactions of Cyclobenzaprine with these drugs are deemed safe as there is but a small, unlikely, and minimal risk of adverse outcome. That said, there are no special precautions to be taken.

Some common drugs that do not react when combined with Flexeril or have unknown interactions with the drug are Tylenol (Acetaminophen), Mobic (Meloxicam), Adderall (equally mixed Amphetamine and Dextroamphetamine), and Aleve (Naproxen).

When it comes to the matter of drug interactions between Cyclobenzaprine and other drugs, there is a lot to look out for and factors to be considered.

One must exercise caution and ideally ask for a doctor’s advice when combining and taking other drugs with Flexeril. Remember that the majority of the drugs that are known to interact with Cyclobenzaprine pose moderate to severe risks and side effects. The combination of Cyclobenzaprine and alcohol, for instance, may result in tolerance, dependency, and abuse — this is also true for other drug combinations. Furthermore, it is important to consider how long Flexeril lasts.  Nevertheless, recovery is possible for people struggling with substance addiction. The first step to take would be contacting the drug abuse rehab representatives for assistance. There are many addiction recovery programs available to get rid of the menace of dependence.