Shabu is another stimulant name for methamphetamine hydrochloride, also known as crystal meth. The use of shabu continues to grow, and addiction to meth remains the most significant drug problem in the Philippines. Typically, the drugs are used to generate a sense of delight, elevate wakefulness and physical activity.

This drug doesn’t have any medical use. Recreational use of Shabu drugs is considered abuse and should be treated. Possessing, purchasing, or selling it is prohibited and can be prosecuted.

There are different ways that users administer meth. Currently, the most common method is by smoking, injecting, snorting, pill, or ingestion.

Other Nicknames And Street Names For Shabu Include:

It is likely to build up a tolerance to shabu drugs, which implies that the individual utilizing it needs to take more significant doses to achieve a similar impact, which creates a risk of a meth overdose. After some time, the body may come to rely on it to function regularly. The individual craves the Shabu drug, and their mental dependence makes them restless if access is denied, even temporarily.

Signs and Symptoms of Meth Abuse

The pleasurable effects of Shabu disappear even before the drug span in the blood falls significantly. Users try to maintain the effects by consuming more of the drug. 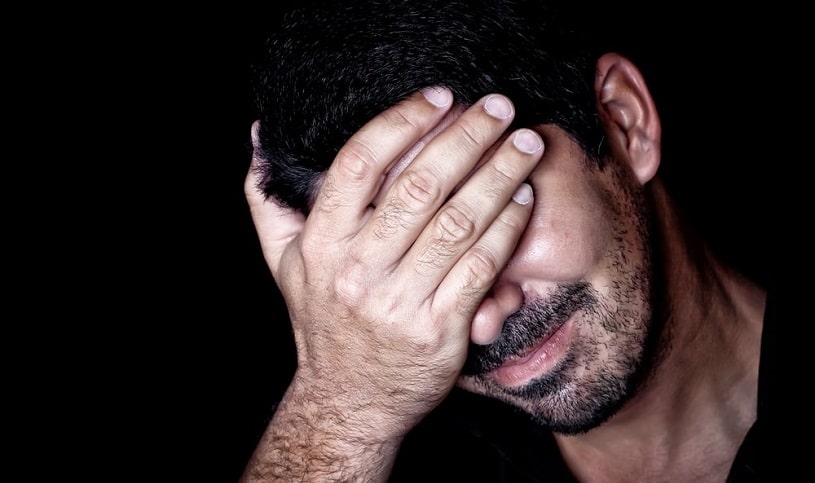 On some occasions, people indulge in binging prior to food and sleep while continuing to take the Shabu drug for quite a few days; causing severe symptoms of meth abuse to appear, including:

Like any illicit drug, Shabu can produce some severe side effects. Chronic shabu use may lead to death, as well. Here are the most common short term and long term side effects:

When taken, shabu or meth create a false sense of comfort and liveliness, and so a person will incline to push his body faster and more than it is meant to go. Consequently, drug users can undergo a severe “crash” or physical and mental breakdown after the drugs’ effects are over.

Other Serious Effects Can Also Include:

People who inject Shabu are at increased risk of facing psychiatric consequences as the significant feature of chronic meth abuse and dependency. Reduced ability to manage problems and complications in confronting reality is shared.

Prolonged Use Can Lead to:

Moreover, injecting Sha from contaminated needles may lead to the risk of infections resulting in inflammation of blood vessels (Endocarditis), blood poisoning (Septicemia), and the most dreaded disease AIDS, all of which can lead to death. Quitting Shabu causes the appearance of meth withdrawal symptoms, which need to be treated.

The most frequently used drug in the Philippines is a street version of Amphetamine known as Shabu drug or “poor man’s cocaine.” As per the 2012 United Nations report, the Philippines had the highest rate of shabu abuse among countries in East Asia; about 2.2% of Filipinos between the ages of 16–64 were meth users.

The critical problem is the usage of hazardous substances in the production of the drug. New inclinations in illegal drug happenings have arisen with time.

Some Of the Risky Ingredients Drug Labs Use Include:

Currently, production is mainly in small, underground labs as well as industrial-grade labs in the Philippines. Tragically, many of the larger laboratories are owned by powerful Chinese drug lords.

The Consequences of the Shabu Epidemic

As President Rodrigo Duterte anticipated office in 2016, the Philippine government held a nationwide anti-drug movement based on enforcement-led anti-illegal drugs strategies mainly applied by the national police. This was followed by a wave of killings caused by both acknowledged police actions and by anonymous attackers.

The main issue behind the high levels of addiction in the Philippines is the lack of treatment prospects. The Philippines has almost 50 treatment centers across its whole archipelago. In a country with a large population with at least 720,000 confessed abusers of the drug, this essentially isn’t a massive amount of centers to support all those in need. This indicates that many individuals who require treatment don’t receive it and continue to stay dependent upon Shabu until they are at a point of no return. 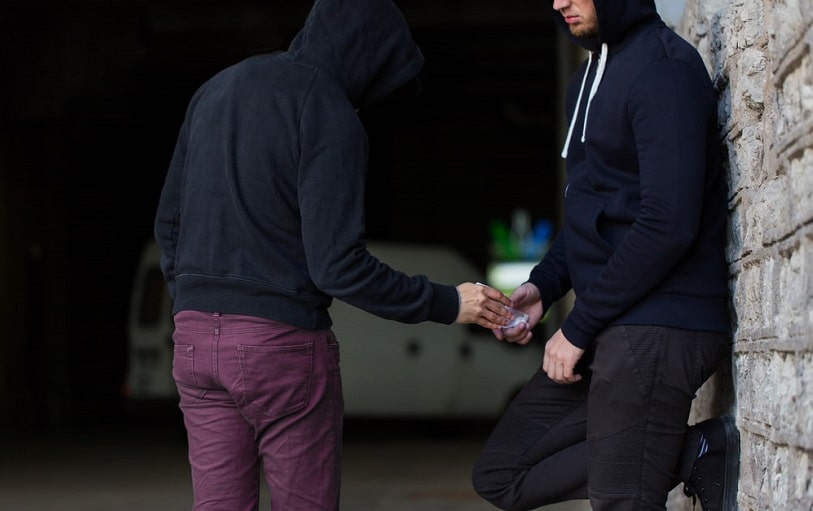 Individuals who were executed were generally low-level drugs suspects. The sequential form examination shows the pattern of killings in the country, with rapid growth starting in July 2016 and lasting till the rest of that year. Over 8000 people were killed in this war. Apparent reduction followed during the period when the ‘drug war’ was postponed, and actions were moved to a non-police enforcement unit and upsurge again when police were taken back into operations. The spatial analysis highlights a massive number of deaths in the National Capital Region than the rest of the country, with vast differences throughout cities and regions.

A Risky Business for the Middle Man

Usually, owning and transporting Ice has huge risks of charges. Police typically initiate by stopping the vehicle and then inspecting the whole vehicle. In case Shabu is found, a serious felony charge will be positioned against that person.

The Philippines has a compulsory policy of no bail. As per article II, section 4, the penalty of life imprisonment to death and around five hundred thousand pesos (p500,000.00) to ten million pesos (p10,000,000.00) shall be imposed upon any individual, who, unless approved by law, shall bring in or import any dangerous drug in the Philippines, depending upon the quantity and adulteration.

According to the new law in China, illegal drugs manufacturers and suppliers will face a minimum of seven years in prison. Police in China have also started to track down the sale and use of meth, with drug-related legal proceedings growing around 80 percent from 2007 to 2011. A report published in 2015 stated the arrest of about one million drug users in China.

The Philippine Government now estimates that approximately 4.7 million people are involved in the use and trafficking of illicit drugs. While exploration is ongoing, there are presently no government-approved medications to treat shabu addiction. Its misuse can be stopped, and dependence on the drug can be treated with behavioral remedies. The most effective actions for shabu addiction so far are behavioral therapies, such as:

Research also continues for the growth of medicines and additional new treatments for meth use, comprising vaccines and noninvasive stimulation of the brain through magnetic fields. 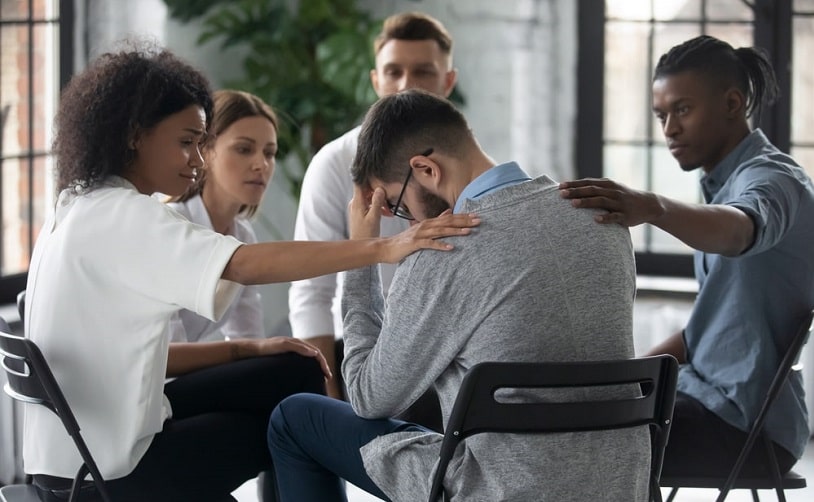 People can and do recover from shabu addiction if they have complete entree to operative treatments that address the gathering of medical and personal problems consequential from long-term use. 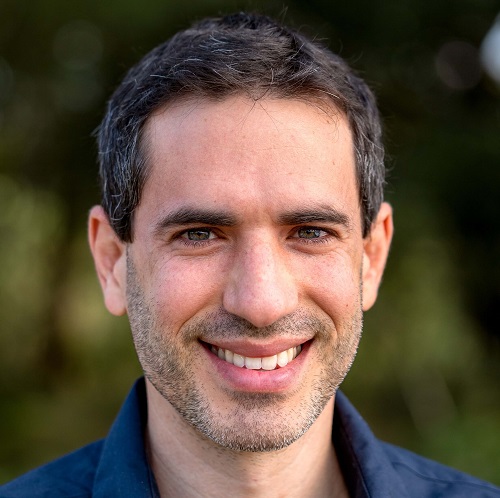 Dr. Daniel Hochman is a board certified Psychiatrist and leader in the field of addiction. He is the creator of a revolutionary online addiction recovery program, selfrecovery.org. Dr. Hochman advocates for using strategies proven through hard science, and describes them in ways that are easy to understand and incorporate into one’s life. His treatment approach focuses on the underlying emotional causes of addiction to achieve a deep, lasting life change.