Withdrawing from Crack: Detoxification and Recovery 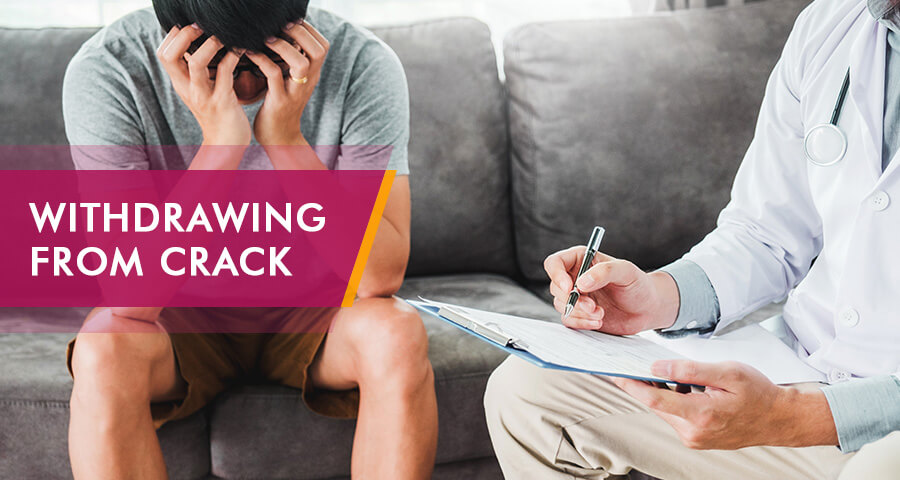 Crack, also known as crack cocaine, rock cocaine, and salt cocaine as well as numerous street names, is a highly addictive drug. Users often find themselves exhibiting signs of addiction within their first few times of using the drug, and physical dependence begins quickly. Because of this dependence, crack withdrawal symptoms are always a part of the crack detox process.
Compared with cocaine withdrawal, coming off of rock cocaine tends to be more difficult because crack is a purer form of the drug, having extreme effects on the nervous system and the body as a whole. This means how to get off crack is complicated. However, it can be done with the correct assistance. 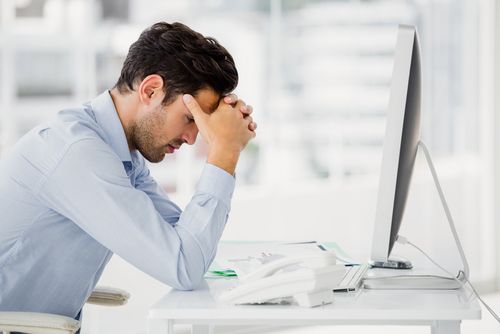 Crack is one of the most frequently used drugs in the United States. Because it is relatively affordable when compared to powder cocaine, and how to cook crack is something one can learn online, it is often used by those on limited incomes, such as students. Over 9 million people in the US have used crack at least once in their lifetimes. What does crack do to its user? Many things, and none of them positive.
Scientific research divides crack cocaine withdrawal syndrome into three distinct stages. These are called crash, withdrawal, and extinction. The user can expect to experience the steps in this order.
A crash occurs directly after the cessation of the use of cocaine in any form. Because cocaine does not stay in the system for long, the crash occurs quickly after the last use of the drug. It is characterized by dysphoria, irritability, anxiety, desire for sleep, and increased appetite. At this point, the user generally will feel less desire to use. The crash stage is something rock cocaine users deal with frequently, often after every use or binge on the drug.
Withdrawal is phase two. During this stage of the process, the user will feel intense cravings for the drug. They also tend to have trouble concentrating on tasks, exhibit irritability which ranges from mild to severe and tend to be lethargic. Users may experience this stage even when not trying to detox simply because they go long enough between doses for withdrawal to kick in. Detoxing from crack can take several weeks or several months, depending on the doses and frequency of use.
The final phase of the withdrawal process is extinction. During this time, the mood and personality of the user start to stabilize, and symptoms of crack use should disappear. Their cravings for rock cocaine decrease significantly, eventually reaching the point that they rarely occur. It is during this stage when the meat of the rehabilitation process begins.

Why the Detoxification Process Is Important

Detoxification is the first step in recovering from a crack addiction. While detoxification itself can be dangerous when done alone by quitting cold turkey, in a supervised setting with medical guidance, the risks are low. Additionally, any risks associated with rock cocaine detoxification are ultimately less than those of continued use, which can cause delirium or psychosis, heart attack and heart disease, stroke, respiratory failure, brain seizures, and even death.

The exact manner in which crack withdrawal syndrome presents will vary from person to person, usually determined by how heavy their use was and the manner in which their body and mind responded to the drug. For example, those who use multiple times a day in high doses and have an addictive personality will struggle the most in getting through the withdrawal process. Those who only use on occasion but feel cravings for the drug will usually have the easiest time getting through the withdrawal phase. It can also depend on how the drug was consumed. For example, how to smoke crack is different from how to inject it, and delivers different results.
Crack cocaine withdrawal symptoms are not pleasant. In some cases, they can be deadly, which is why the process should be done in a supervised rehabilitation center. While these symptoms can sound intimidating, it is essential for the user to understand that they are part of the path to a healthier life, and with medical assistance, they will be manageable.

Additionally, due to the extreme cravings, the user is at greater risk of overdose during this time. This is because the cravings are so intense, the user will be tempted to take larger doses, and depending upon how long they have been in the withdrawal process, their body may be less able to metabolize the drug than it was when they last used. Crack paranoia and crack seizures are also common during the process. 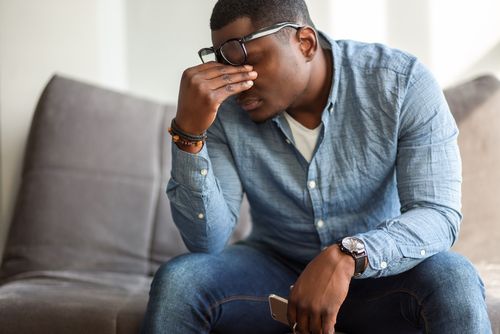 The crash begins within hours of the last use of rock cocaine and can last for a few days or as long as a week.
Its symptoms include:

The withdrawal phase of the detoxification process begins within one week of stopping use and can last as long as ten weeks. During this time, users are at great risk of using again and should be in a supervised treatment center.
Symptoms of this phase include:

The extinction phase can be thought of as the phase where the addiction dies. This is where the user stabilizes physically and mentally, and their desire for the drug becomes nearly non-existent. Cravings will occur sporadically, especially at the start of this phase. The extinction phase is when the rehabilitation process really kicks into gear, and the phase may last as long as 28 weeks.
While users may wonder how to get crack out of  their system fast, it is important to note that doing so does not mean skipping the phases of withdrawal. In fact, it will only cause their onset to occur sooner. While a user may be concerned about how long does smoking crack stay in the urine, usually due to drug testing, any guides for passing a drug test should not be used in guiding a user through the detoxification process.

Every time someone uses crack cocaine, they are risking permanent damage to the brain and body, up to and including death. That means waiting to seek treatment until after getting in one last hit is too risky to consider; the time to begin the crack cocaine detox process is today.
Detox from crack cocaine in a rehabilitation facility tends to follow certain guidelines that are applied to detoxing from most stimulant drugs. This includes careful monitoring of the patient, the use of medications that help the user get through the process, and following a specific regimen of vitamins, exercise, water intake, and diet. Patients who exhibit severe depression and anxiety or even develop psychosis will be given specialized treatment. Once the patient is mentally stable, they will begin the therapy portions of rehabilitation, developing the skills needed to say no to drugs for the rest of their lives.
In general, the detoxification process begins with the user living at the rehabilitation facility, allowing for complete monitoring of the process and eliminating patient access to crack. Once the intense cravings are gone, and the patient is in the extinction phase, outpatient care may be used if that is what the patient wants. However, some patients feel better remaining in the controlled environment of the rehabilitation facility until they are ready to enter the recovery stage.

Crack Detox Can Be Successful with the Right Help

While many users are tempted to quit crack use on their own, the risk of relapse during crack withdrawal is high. For the best results in the safest environment, users should opt for treatment at a rehabilitation facility. There, medical professionals will help them weather the worst parts of crack cocaine detox while ensuring they develop the skills needed to avoid using the drug in the future. With the right help, it is possible to live a life free from drugs.