Codeine vs Morphine – What are the Similarities and Differences?

Morphine is used for post-surgical pain and extreme pain. Codeine does not relieve pain until it changes into morphine inside the body. It is a milder pain reliever as well as a cough suppressant. Both are dangerous due to the potential for physical dependence and breathing to slow to a stop causing death even with first use.

Codeine & Morphine – What are They?

Codeine is a naturally occurring type of morphine that has no pain-relieving effects until it is changed into morphine in the body. It is considered a low efficacy opiate drug. But it is still habit-forming. 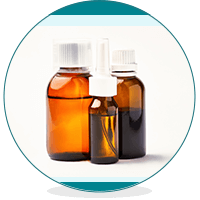 Morphine is the purified active ingredient of the opium plant. It is very potent, considered a high efficacy opiate drug. There is a great risk of death by overdose when it is used as a recreational drug because it can cause someone to stop breathing.
Both are only legally available with a doctor’s prescription. Both are sedative analgesics or pain relievers. Codeine has an added property of being an antitussive, or a cough suppressant.

Codeine vs Morphine – How are They Used?

Morphine is commonly used to relieve the pain associated with recovery from surgery or the extreme pain of advanced cancer.* In medical settings, it is an injectable form or in pill form, and this is often diverted for recreational use.

Codeine is not the preferred prescription for pain anymore because more powerful opiates exist such as hydrocodone and oxycodone. Codeine is not a pain reliever by itself. Once in the body, the liver metabolizes codeine into morphine. The speed at which a person’s liver metabolizes codeine will determine if any pain-relieving effects are felt. Someone who has a slow metabolism will not feel the effects of codeine, while someone who has a fast metabolism may experience overdose symptoms.
Often found with acetaminophen as a dental pain reliever or as prescription cough medicine. It comes in pill form or syrup form. Codeine in its liquid form is most often prescribed to kids after they get tonsils taken out, for dental procedures, or by pediatricians for a cough. To achieve an intoxicating amount of codeine, one would have to drink an entire bottle of Codeine cough syrup.* It is often the way adolescents begin abusing opiates.
The following is a comparison of a pill form of each medication.

What are Some Side-Effects of Using Codeine and Morphine?

Codeine vs Morphine – What are Risks of Using Them?

Just because the body develops a tolerance and dependence to an opioid does not mean someone is addicted. Addiction occurs when getting and using a drug becomes a compulsion, an obsession that a person seems to have no control over. It becomes the focal point of one’s life even when negative consequences result. Lost control of use and interference with daily life are indicators of addiction.
Tolerance and physical dependence, however, are side-effects of using either of drugs even when given as a prescription. Under medical supervision, when it is time to stop the medication, doctors will taper the dosage so prevent withdrawal symptoms.
Codeine can be dangerous because several factors within the body determine how the converted morphine levels will be. There is no way to know in advance whether someone will have a bad reaction to codeine. There are studies showing children with a fast metabolism, and other health issues suffer from unexpected respiratory depression and death. The Food and Drug Administration recently issued a consumer update that codeine can cause breathing problems in children and is not recommended for use.
Often, codeine is mixed with acetaminophen which is known as Tylenol. When codeine with Tylenol is misused for an extended period, there is a danger of liver damage in addition to other hazards. Large quantities of acetaminophen are bad for the liver.
Using morphine not as prescribed is dangerous. The strength of the opiate can depress breathing to a stop even with first use.
Codeine and morphine are sedative pain relievers. Morphine is the strongest naturally occurring drug, used for post-surgical pain and extreme pain like cancer pain. Codeine does not relieve pain until it changes into morphine once inside the body. It is a milder pain reliever as well as a cough suppressant. Doctors gave it to children for pain relief but it was found to cause children to stop breathing. Both are dangerous due to the potential for increased tolerance, physical dependence and breathing to slow to a stop causing death even with first use.