Citalopram Uses: What Celexa Is Used For And Its Warnings

Celexa is used for treating depression and related conditions. Thanks to citalopram mechanism of action, it also can be used for pain, sleep, COD, and other behavioral disorders. Despite its benefits, the use of Celexa may pose some dangers. That’s why it is vital to know contraindications and use medication properly.

The main Celexa ingredient is citalopram hydrobromide (HBr). It is the only active ingredient in it. At the same time, there are several inactive citalopram ingredients, including:

Citalopram HBr makes it a racemic bicyclic phthalane derivative. The Celexa molecular formula is C20H22BrFN2O. Another SSRI – escitalopram – is proven to be as effective as citalopram. Even more, comparing citalopram vs escitalopram, it has proven that escitalopram is more efficient for treating severe depression and anxiety.

How Does Citalopram Work? 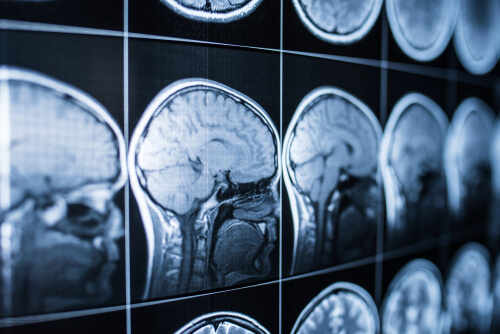 When discussing how Celexa works, it is critical to note that being SSRI, Celexa influences serotonin uptake levels in the brain. Serotonin plays a major role in many aspects of living such as a patient’s sleep patterns, mood, and brain chemistry that can affect psychological well-being. This is why many use Celexa for panic attacks treatment.

Citalopram mechanism of action is closely related to serotonergic activity in the brain. It works as inhibition of the Central Nervous System (CNS) neuronal reuptake of serotonin. Comparing with tricyclic antidepressant drugs such as Amitriptyline, Amoxapine, and Desipramine, Celexa works in a slightly different way, binding less with histamine, acetylcholine, and norepinephrine receptors.

Absorption of citalopram occurs in the gastrointestinal tract. That’s why Celexa for bipolar, or any other disorder is mainly administered orally. Normally, a single dose is rapidly absorbed, despite the food eaten. Despite the medication can be distributed throughout the body quite fast, it still has poor penetration power to pass BBB. Almost the whole metabolism proceeds in the liver.

How Long Does Celexa Take To Work?

Considering how long it takes for Celexa to work, the peak plasma concentrations of the medication occur within 4 hours. It is the time when the drug starts working, but it differs from patient to patient. This time span depends on the condition citalopram is used for. As such, sleep- and appetite-related conditions can show improvements in the first two weeks. However, using Celexa for pain, anxiety, OCD, and other behavioral problems can take up to eight weeks to see improvement.

When discussing what Citalopram Hydrobromide is used for, the list can be quite extensive. However, the medication is primarily used for treating depression and depression-related conditions. It’s designed to work as an antidepressant and application of what Citalopram is used for extends to treating sleep issues, pain, bipolar disorder, OCD (Obsessive Compulsive Disorder), and more. Health professionals have also seen success in citalopram uses for treating phobias and panic disorder. 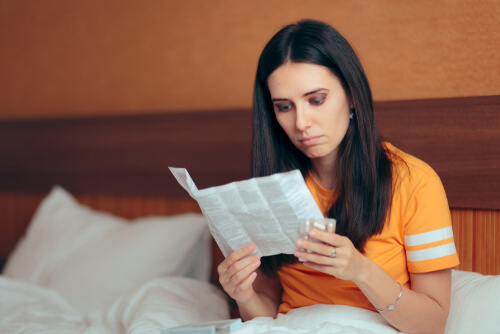 As with any other medication, Celexa has a number of contraindications. First of all, before use, a patient should carefully read citalopram warnings on the package insert. Most of them are general, so for detailed information, it is important to get a doctor’s consultation.

Celexa contraindications primarily refer to those with cardiovascular disease. Also, patients with diabetes need to stay cautious as the medication can affect blood sugar levels. With this in mind, a citalopram weight gain is not a rare event. Some of the ingredients of the drug can lead to allergic reactions as well. In this case, it is better to consider alternatives to citalopram.

The medication also negatively affects pregnant women and child development. Thus, citalopram contraindications during pregnancy and breastfeeding are quite strict: do not use the drug while benefits outweigh disadvantages as the side effects of citalopram can be adverse (a doctor’s consultation is required).

Using citalopram with other substances need to be guided by a healthcare specialist. Alcohol and Celexa is highly unrecommended mix with possible deadly consequences.

In most cases, citalopram is taken once daily. The best time of day to take Celexa is morning or evening. However, the patients can take it at any time during the day. The only condition is an equal interval between drug use. In most cases, the best time to take citalopram depends on the side effects the medication cause. For example, if a user has some troubles with sleep, it is better to take it in the morning. Also, the right time can be administered by a doctor considering the condition treated.

While the Celexa uses are primarily for treating depression-related disorders, it also can be used for sleep, pain, and OCD. The way citalopram works helps it to adjust serotonin levels and affects a patient’s mood. In this regard, it is critical to stick to the doctor’s directions and be aware of all possible medication contraindications. If misused, Celexa may lead to addiction which requires immediate treatment. The professional drug rehab facilities may ease and speed up the recovery process ensuring long-standing results.