Buspirone For Anxiety And Other Uses

Nowadays, Buspar medication is a widely prescribed anti-anxiety agent yet Buspar uses go far beyond the anxiety management. The American Psychiatric Association estimates that anxiety disorders affect approximately 25 million Americans, many of whom have been prescribed Buspirone for anxiety. Since the drug has been highly effective in managing anxiety with relatively fewer risks and side effects, it isn’t surprising that the use of Buspar for depression has steadily grown over the years as well.
This article serves as an informational guide on indications, off-label uses, and Buspar warnings.

Learn More About The Uses Of Buspirone

What is Buspirone used for? Due to Buspar classification as an anxiolytic medication, it is typically used for:

In addition, it is used in the regulation of excessive sweating and trembling, sleeplessness, and rapid, irregular heartbeat to improve mood, enhance relaxation, and manage other outward symptoms.

The achievement of desirable treatment outcomes may vary among patients.

As for Buspirone contraindications, the drug is not recommended for use in patients with the following conditions except for situations where benefits clearly outweigh the risks:

Care should be taken to avoid interaction with other drugs, including monoamine oxidase (MAO) and selective serotonin reuptake inhibitors (SSRIs) antidepressants. 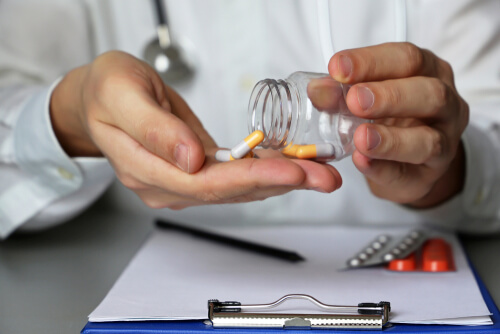 Buspar MOA has yet to be fully understood. It has been established, however, that it has neither anticonvulsant nor muscle relaxant properties. Nonetheless, it has mildly sedating properties.
Does Buspar affect serotonin? Based on product information, Buspar exhibits a high affinity for serotonin receptors. More specifically, it demonstrates a high affinity for serotonin 5HT1A receptors and a weak affinity for 5HT2 receptors. The medicine stimulates the activity of 5ht1a and 5ht2 receptors. As a result, serotonin levels are regulated and anxiety and its symptoms are alleviated. About 90% of the Buspar dosage taken is readily absorbed by the body through the blood, approximately 40 to 90 minutes following intake. Although, it may take several weeks before positive clinical results become apparent. The delayed effect of the drug is due to the adaptation of the 5HT1A receptors.

One cannot speed up the adaptation of the body to the drug by a deliberate dose increment. Any modifications to the treatment routine may cause adverse reactions.

Besides the use of Buspar for anxiety, physicians have also been routinely prescribing it for off-label uses. Use for depression, posttraumatic stress syndrome, tardive dyskinesia, and panic disorder, among other psychiatric and neurological conditions, have become more common. Although, whether or not Buspar treats these conditions effectively has not been established.

Buspirone is a serotonin agonist which simply means that it activates serotonin receptors resulting in increased activity. That way, the mood is improved. In turn, it improves the physical manifestations and other symptoms of anxiety. The use of Buspar for sleep enhancement in conditions involving anxiety is also recommended.

Buspirone indications suggest starting patients on low Buspirone dosage. Then, the dose may be gradually increased within several weeks to obtain the desired therapeutic effect. Likewise, gradual Buspar withdrawal is necessary to minimize the side effects of discontinuing drug use. 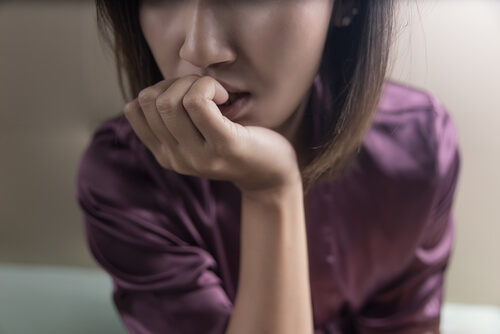 Although indications for Buspar use exclude depression, the drug has been demonstrated to enhance serotonin activity in the brain. This leads to normalized regulation of mood which is desirable during the management of depressive symptoms.
The use of Buspirone in depression treatment typically involves combining it with SSRIs. In a study published in the New England Journal of Medicine, researchers observed significant improvements among subjects suffering from depression after administering medication augmentation doses of Buspirone. The drug was used as a second-line treatment for subjects who were unresponsive to SSRIs.

Self-diagnosis and depression treatment is dangerous to one’s health.

Buspar use for the treatment of Tardive Dyskinesia (TD), a condition characterized by involuntary movements associated with the long-term intake of neuroleptic drugs, has yet to be established. In fact, the evidence presented is contradictory.
In one study, researchers concluded that high doses of Buspirone resulted in improvements in TD manifestations. However, another study concluded that the use of Buspirone, in fact, causes TD and has a high tendency to worsen the condition.

Buspar is used as an augmenting medication that increases the potency of antidepressant drugs. Several studies have demonstrated the positive therapeutic effects of Buspirone in the treatment of PTSD, including one published in the Annals of Clinical Psychiatry. The study noted significant improvements in PTSD symptoms of the subjects and suggested that this observation demonstrated the efficacy of Buspirone in the treatment of depression. 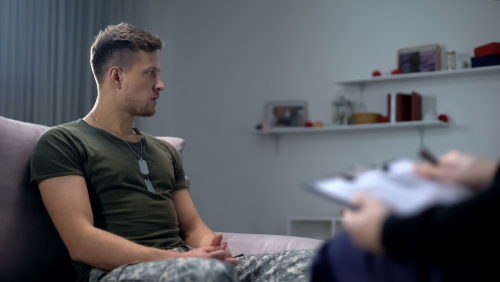 This medicine is widely prescribed and it is very affordable as Buspirone cost is quite low. When the patent expired in 2001, Bristol Myer Squibb discontinued production.
The FDA validated that the withdrawal of Buspar from the market was not due to issues concerning drug safety or effectiveness. Once this was established, several drug companies were permitted to manufacture Buspirone using the same formulation as Buspar. Although generic drugs became widely available, the Buspirone shortage persists.

The drug’s shortage is not a reason to buy the needed medicine on the streets. Only trusted vendors should be contacted in order to obtain the medication.

Like other prescription medications, it is important to be well-informed about the use and consequences of taking Buspirone, including peculiar ones like the sexual side effects of Buspar. Though it may diminish the effects of antidepressants on libido, it is dangerous to use it solely for this purpose.

Despite being a safe anxiety drug, some people resort to snorting Buspirone or taking it with alcohol to enhance its sedative properties. Drug abuse is a serious issue and must be properly treated in a local rehab facility for addicts.  By enrolling in, the patient will be able to undergo specialized treatment for substance addicts. This will ensure the proper management of the withdrawal, detoxification, and the recovery from the addiction