Xanax and Substances: Associated Risks and Dangers of Mixing 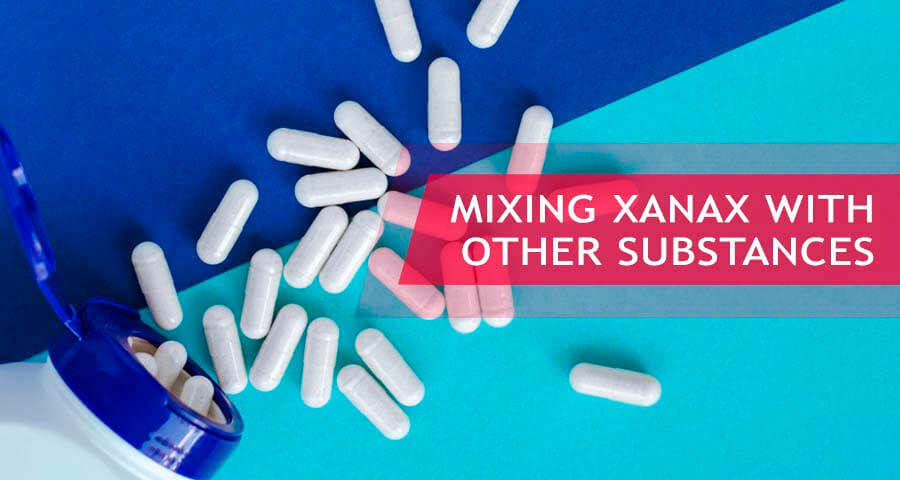 On its own, Xanax (Alprazolam), the single most prescribed psychiatric medication in the US, is safe and effective. It belongs to the group of drugs called benzodiazepines, medications used to treat anxiety, panic attacks, and seizures. However, when taken in combination with other drugs (also called polydrug abuse), it can lead to severe health complications and even death. Unfortunately, a significant amount of patients abuse the drug, mixing Xanax and alcohol, Xanax and weed, and Xanax and Adderall, thus putting their safety at risk. The consequences of these combinations can be life-threatening, and this article will discuss their effects in more detail.

Risks of Mixing Xanax and Alcohol

Mixing the drug with alcohol is extremely dangerous. Both substances are broken down in the liver by the same compounds and slow down the body’s natural detox process. This means that one’s body needs more time to get rid of both alcohol and Xanax. Drinking while on this medication, therefore, is highly unsafe and can lead to severe health conditions, and in worst cases, even death. These depressants mixed will augment each other’s effects in the body and lead to potent properties. As a result, a plethora of risks arise.

The number of emergency room visits by patients who mixed alcohol and Xanax in 2008 was 27,000, according to the Substance Abuse and Mental Health Services Administration (SAMHSA). These numbers are very steep, especially considering the volume of warnings people are aware of. At low doses, one might not experience any adverse effects, but he or she is likely to increase the dose as tolerance occurs. Because both substances affect the concentration of GABA neurotransmitters in the brain, the sedative effects subsequently produced can be appealing to the abuser. However, the combination carries plenty of dangers, with comatose states and excessive sedation being the most common ones. The short-term effects of these two substances taken together include:

If one continues to abuse the two substances together for a prolonged period, he or she risks serious health complications. Not only that, but the person is also at an increased risk of developing an addiction to the potentially deadly combination. As time goes by, it will be harder for the person to quit the dangerous habit and the withdrawal symptoms will become more severe. Some of the withdrawal symptoms include:

Apart from the risk of dependence, one could also experience severe cognitive and psychological reactions as his or her abuse prospers. Long-term effects of this toxic mix include:

Mixing Xanax With Other Drugs 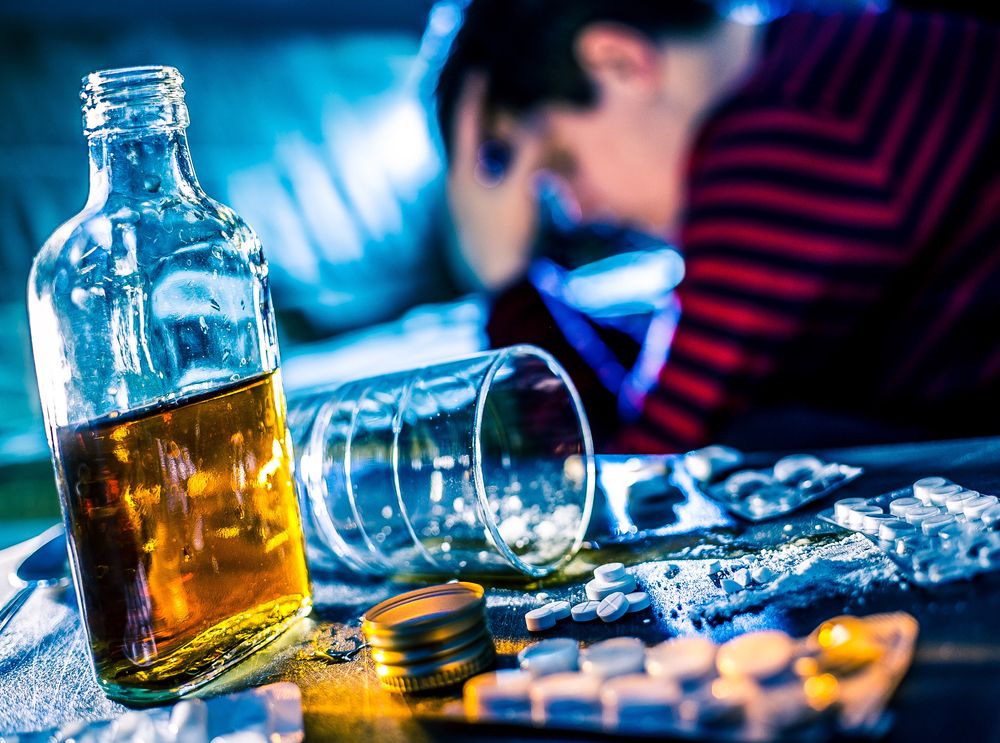 Mixing drugs is never a good idea. Unless prescribed by a doctor, the different medication should not be taken together, especially if the substances have a similar effect. For example, substances that act as central nervous system depressants should never be taken together as they have similar pathways of action. Equally, stimulants and depressants like Adderall and Xanax shouldn’t be taken together as they have counter effective properties. This means the effects of these substances will be canceled out and the consumer may then increase the dose which puts substantial pressure on the heart and can lead to a range of associated problems.

The Effects of Mixing Xanax with Other Drugs

Mixing Xanax with other drugs may shadow or exacerbate the drug’s effects which could lead to life-threatening conditions. The danger increases if the secondary drug has stimulating properties or acts as a depressant on the central nervous system. For example, combining Klonopin and Xanax comes with an increased danger of developing adverse side effects as they are both classified as benzodiazepines. Some of the most commonly abused drugs in combination with Xanax include:

How to Get Help for Polydrug Abuse

The road to recovery from polydrug abuse, especially when it comes to highly addictive substances, can be a tough one. However, that is not to say it is impossible. There is a wide range of rehab centers specializing in polydrug abuse that provide appropriate help to those who are affected.

More than 900 drugs are known to interact with Xanax. The lists below are ranked by the severity of the side effects produced by the synergy of the drugs most commonly abused with this medication.

Moderate danger level indicates that the combination of drugs may cause some risks. For instance, using Xanax and weed together may increase side effects such as dizziness, confusion, drowsiness, and difficulty concentrating.

One should avoid activities that require mental alertness under the influence of these two drugs and is highly advised to talk to the doctor.

Most common substances that cause moderate danger upon interaction with Xanax include:

When the world-famous golfer Tiger Woods was arrested asleep behind his wheel on Memorial Day, it was reported he had mixed Vicodin and Xanax together. Opioids and benzodiazepines are one of the most common substances abused together due to their combined effect. They induce dangerous interactions, the same interactions produced by other drug mixes, including Xanax and LSD, for example. This combination is commonly taken among drug abusers who wish to ‘take the anxious edge’ off their highs. These drugs are likely to cause adverse side effects, especially when taken in large amounts with the drug:

Combining particular drugs, such as Suboxone and Xanax, can result in severe interactions.

The user is at high risk of experiencing a range of adverse effects, from mild symptoms like drowsiness and dizziness to more serious conditions like coma and, in some cases, even death.

If one begins to show any of the serious side effects, such as respiratory issues, he or she needs to call 911 immediately. Most common drugs that severely interact with Xanax are:

Mixing other drugs and alcohol and Xanax can lead to fatal consequences. On its own, the drug has a relatively high-efficiency rate and produces little to no side effects, making it safe. It belongs to the group of benzodiazepines, drugs mostly used to treat anxiety and panic attacks. Because it affects the central nervous system and calms down the body functions, special care should be taken not to mix the substance with other depressants, such as alcohol or Valium. Yet, even with all warnings in place, people abuse high-risk substances at the same time and put themselves in enormous danger. Steering clear from substance abuse may seem like a daunting or even impossible task, but with the appropriate support and guidance, sustained sobriety is achievable.