Bupropion Mechanism Of Action: How Does Wellbutrin Work?

Bupropion(Wellbutrin) is a well-known aminoketone antidepressant. Wellbutrin is used for treating symptoms of moderate to severe depressive disorders and as a supporting medicine in smoking cessation. How long does it take for Wellbutrin to work? Find out what is bupropion mechanism of action, and how it can be used safely for improving one’s mental health conditions? 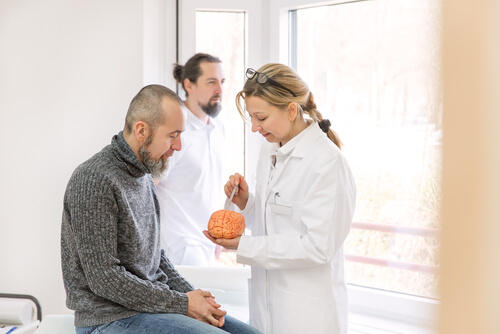 Wellbutrin works by inhibiting dopamine and norepinephrine reuptake resulting in a longer duration for them to act in the brain. This helps in reversing the effects of depression.
Unlike Selective Serotonin Reuptake Inhibitors mechanism of action, when using Wellbutrin, serotonin reuptake is not inhibited. This results in much lesser Wellbutrin sexual side effects, which are typical when a patient is taking SSRIs, but problems with weight gain, are still present.

How Fast Does Bupropion Work?

Wellbutrin is a type of medicine which does not start working immediately as well as the majority of other antidepressants. The time Wellbutrin takes to start working depends on its dosage and frequency for which it is being taken.

Wellbutrin has a slow-acting mechanism of action which may take approximately 3-7 days for users to start feeling its effects. After that, it can take up to 4 to 6 weeks to experience its impact on a patient’s body.

How Fast Does Wellbutrin Work For Depression?

After patients start taking Wellbutrin for Major depression disorder, they can notice an improvement in their appetite and sleep-related issues after 1-2 weeks of use. The feeling of general well-being and a positive attitude towards everything may be experienced after regular use of the medication for at least 4-6 weeks.

How Fast Does It Work For Smoking Cessation?

For use in quitting smoking, Wellbutrin mechanism of action decreases the craving for nicotine. According to the study about the clinical profile of bupropion, it inhibits DAT and NET and acts as the nAChR antagonist, which contributes towards it being a tobacco use cessation agent. A patient should also start taking the medication daily for one-two weeks before they quit smoking. In another way, there is a high risk that the drug won’t work for decreasing the cravings.
Except it is a slow-acting drug, it’s exertion is not instant as well. Bupropion half-life is approximately 12-30 hours. This period also depends on the dosage taken and the overall duration of the treatment course. 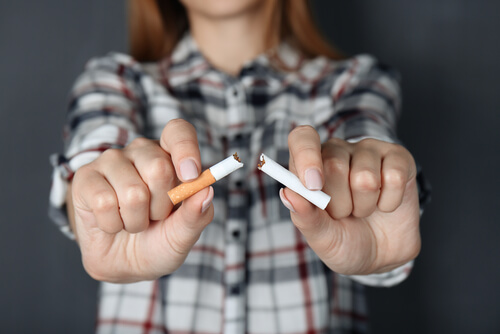 What Are Wellbutrin Ingredients?

The active ingredient in Wellbutrin is bupropion Hydrochloride in the labeled amount in addition to other inactive ingredients. Wellbutrin is available in three different formulations: Immediate-Release (IR), Sustained-Release (SR), and Extended-Release (XL). The details of primary ingredients in these formulations and differences in their mechanism of action are listed below. Some ingredients in bupropion releases may differ between manufacturers, and a physician should always be asked before taking any of them.

What Is In Wellbutrin IR?

Wellbutrin IR mechanism of action is known for acting faster than the other formulations. Based on the pharmacokinetics of bupropion in three different formulations, IR is absorbed more rapidly. The Tmax for IR is 1 hour, whereas that of SR and XL are 3 and 5 hours respectively. However, its effects also start to wear off relatively faster, which means it has to be taken at least thrice a day for it to be effective.

What Is In Wellbutrin SR?

What Is In Wellbutrin XL?

The extended-release of bupropion mechanism of action enables the drug effects to last for 24 hours. Wellbutrin XL 150 mg or Wellbutrin XL 300 mg has to be taken once a day upon prescription. The extended release version is different from the sustained release version in that it dissolves even slower than SR. This results in relatively lesser side effects of bupropion and is easily tolerated. Wellbutrin SR and XL formulations are released slowly and have a lower absorption rate in the GI tract as compared to the IR formulation. This makes them last longer than Wellbutrin IR. 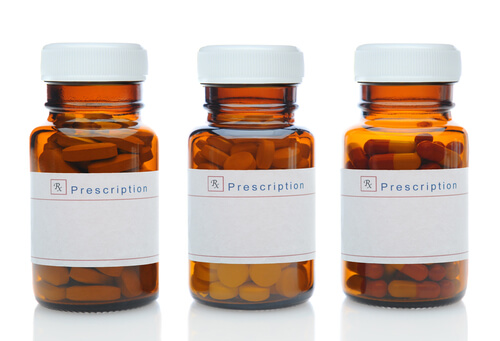 When used according to the prescription of a doctor, this medicine is proven to be an effective medication for MDD treatment, with quite easily manageable side-effects. But without medical guidance, Wellbutrin intake can lead to several health risks.
As bupropion mechanism of action makes changes in the level of dopamine in the brain and causes stimulant-like effects. Because of these effects, it can be used to get bupropion HCL high by some individuals, and it has the potential of being abused. Wellbutrin is usually taken for an extended period, and during this period, psychological dependency on bupropion may also develop.

Abuse and dependence can lead to serious side effects and affect patients lives. In the case of abuse, a patient should look for an addiction treatment facility to manage this condition.