Narcan Side Effects: Naloxone Allergy. Can It Kill One?

Naloxone is an incredibly effective and potentially life-saving drug, yet it comes bundled together with a variety of negative symptoms. The adverse effects of Narcan can even deter people from keeping the medicine in their first-aid kit. While there are situations when a patient doesn’t need Narcan, it is vital to learn when naloxone side effects are negligible compared to its immediate benefits.

Side Effects Of Naloxone

According to the Center of Disease Control and Prevention, from 1996 to 2014, 26,463 opioid overdose reversals were recorded due to the use of naloxone. These extraordinary results lead many people to wonder what naloxone is, how it works, and what side effects it has. The vast majority of naloxone adverse effects originate in its interaction with opioid drugs. Narcan drug class is opioid antagonists, meaning it rapidly blocks the action of opiates and thus causes severe withdrawal.

The most common side effects of Narcan are similar to opioid withdrawal symptoms. They rarely persist, however, since the medication stops acting after approximately an hour after the administration. These symptoms can include:

More severe Narcan side effects occur rarely and mostly under special circumstances such as a specific route of administration, interaction with other medicines, and a person’s medical conditions that are unrelated to the overdose.

For instance, side effects of naloxone injection might include inflammation or infection of the injection site, which do not occur when a patient uses Narcan nasal spray.

Severe side effects of naloxone may include:

Naloxone allergy symptoms can indicate a potentially life-threatening situation. A person should call their doctor immediately if they begin experiencing swelling of the lips and tongue, hives, difficulty breathing or trouble swallowing after Narcan administration.

Side Effects Of Narcan In Suboxone Patients

Buprenorphine is a partial opioid agonist that helps ease the withdrawal symptoms, while naloxone only begins acting if a tablet is crushed to help prevent abuse. Concurrent administration of Narcan and Suboxone can result in the return and worsening of withdrawal symptoms.

Narcan adverse effects can be amplified when it is taken with certain opioid withdrawal medications. Suboxone already contains naloxone together with buprenorphine. The adverse effects of naloxone and Suboxone interaction can interfere with withdrawal treatment and make a person relapse or even overdose. In addition to withdrawal symptoms, possible reactions might include: 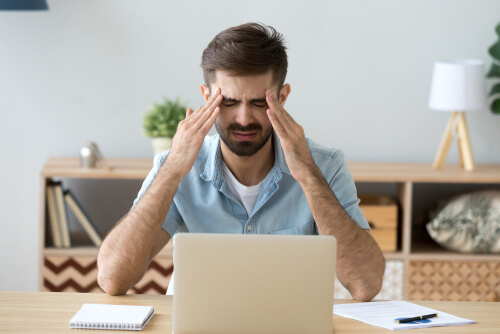 At the same time, patients who receive Suboxone sometimes overdose on this medication or other opioids. In that case, the emergence of withdrawal symptoms and other naloxone side effects do not outweigh the life-saving properties of Narcan. Naloxone can be used to temporarily reverse the symptoms of Suboxone overdose and assist breathing until help arrives.

The Relationship Between Naloxone And Pregnancy

The use of Narcan in pregnancy is not studied well enough to rule out the risks. Naloxone pregnancy category is B/C, which indicates that no adverse reactions were recorded during animal studies, but no adequate research in humans has been conducted. Narcan can be used by pregnant women in emergencies. During an opioid overdose, a person’s breathing slows or stops, and it can inflict greater damage on the baby than the use of naloxone would. In such situations, correct Narcan dosing is crucial to prevent prolonged oxygen deprivation.

At the same time, common Narcan effects include the emergence of opioid withdrawal symptoms that sometimes can be observed in the baby. Opioid withdrawal might also increase the chance of preterm delivery.

The use of Narcan spray during an overdose can save the lives of both the mother and the child, but it is advised to consider long-term treatment with medications that contain naloxone with caution.

It is not clear whether the drug can get into breast milk. However, it’s not orally bioavailable and is only effective as an injection or nasal spray. Therefore, even if an infant ingests the medication with milk, the side effects of naloxone are highly unlikely to be experienced by the child. 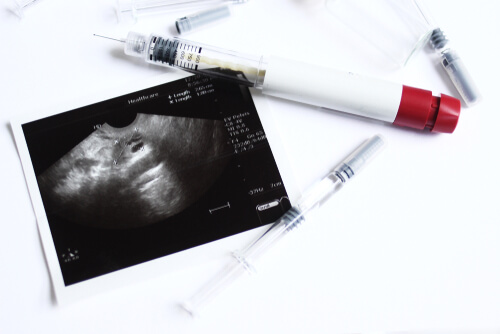 Naloxone mechanism of action allows it to only influence the opioid receptors in the human body. Therefore, the side effects of Narcan, including withdrawal symptoms, will not appear if a person doesn’t have opioids in their system. Naloxone is not harmful to those who take it without overdosing on opiates. It is also ineffective against non-opioid illicit drugs such as cocaine.

If a person does not overdose but takes any opioids within an hour after the administration of naloxone, they may experience withdrawal symptoms. Narcan will also render opioid pain medications ineffective for the duration of its action. In patients who are not dependent on opioids, the side effects of naloxone are rarely severe and normally disappear quickly. The half-life of Narcan is only 30-60 minutes, meaning that any opioid medications will resume their actions after this time.

Be Aware Of Naloxone Side Effects And Further Actions

Narcan side effects are mainly linked to the interaction between the medication and opioids in a person’s system. The most severe symptoms include seizures, cardiac problems, and an allergic reaction. Fever, nausea, irritability, and other flu-like symptoms are all among the common side effects. The use of naloxone during pregnancy is recommended if a woman stops breathing when overdosed. Narcan is only the emergency remedy meaning that a patient needs further medical assistance and proper substance abuse treatment. That’s why it is critical to contact professional rehabilitation centers right after naloxone administration to ensure subsequent aid.