Naltrexone Side Effects And The Dangers Of Overdose

Naltrexone is one of the medications that is primarily used to treat opioid use disorder (OUD) as well as alcohol use disorder (AUD). It’s usually a part of treatment programs that may include counseling, social support, and other treatment recommended by a doctor / medical professional. While it’s not necessarily a cure for opioid or alcohol use disorder, it helps people who used to be dependent on (and who have stopped taking) said substances stay free of them. The medicine is also used to help obese patients lose weight, as well as can treat some severe symptoms of fibromyalgia, multiple sclerosis, and other diseases. Of course, just like the case with almost every drug, there are side effects of Naltrexone that may arise when taking it. Before undergoing treatment, it is important to read up and be aware of important information about this medication such as Naltrexone warnings, Naltrexone contraindications, Naltrexone implant side effects (if applicable), and again, the side effects of Naltrexone itself.

As has already been said, Naltrexone comes with certain symptoms. Naltrexone side effects will vary from person to person and between the different forms the medication takes. The side effects of Naltrexone tend to be most pronounced in the implant and injection versions of the drug. This is because the implant and injection forms stay in the body longer than the pill versions, hence it’s also important to know the drug’s half-life. Adverse reactions that may arise when taking this drug range from common ones to rarer and more dangerous ones. Patients need to be careful not to mistake withdrawal for Naltrexone implant side effects.

Common Side Effects Of Vivitrol

Vivitrol may cause undesirable adverse reactions. When being treated with this drug, one must be carefully monitored for adverse reactions as they could mean that dose adjustment is necessary. If symptoms are severe and if they persist or worsen, one must let their doctor know immediately.

Common Naltrexone side effects include:

Additionally, there are symptoms of Vivitrol that are seen frequently with the shot. These include:

It is no question that Naltrexone can help many addicts live better lives, but Naltrexone side effects can make treatment difficult. From the more common symptoms such as nausea, headaches, stomach or muscle pain, and unusual feeling of tiredness to more serious health concerns such as liver damage, tenderness and redness users need to know about the possible symptoms they may end up dealing with.

It is also possible for rare yet serious symptoms to occur. Most of them are more severe than the common ones listed above, though that’s not always the case. Some rare adverse effects of Vivitrol include:

Symptoms Of Allergic Reactions Are As Follows:

It is also possible that an adverse reaction believed to be caused by Vivitrol is caused by other medications or the condition being treated. Anxiety, another one of low dose naltrexone side effects, may actually be driven by the overall health of the user. Low dose Naltrexone constipation could be due to a poor diet. To determine what is causing the issue, users should work closely with their prescribing doctor.

Low dose Naltrexone, or LDN in short, is a much smaller dose of the original Naltrexone drug. The usual daily dose of the latter ranges from 50mg to 100mg, whereas LDN, its microdose version, typically has a daily dosage of 4.5mg (may vary by a few milligrams). LDN has been advocated for various conditions (other than opioid addiction) such as chronic pain disorders. Fibromyalgia is one such disorder, and one that doesn’t respond to most anti-inflammatory drugs at that. In a pilot clinical trial in 2009 that tested LDN’s effectiveness, the drug reduced the disorder’s symptoms by 30%. It was also found that LDN caused minor and transient adverse effects, and even so, they were rare. Evidence from another clinical trial validated the first trial’s findings, with more than half of the participants exhibiting significant pain reduction with no serious side effects during the time they were taking low dose Naltrexone.

Methadone is one of the most commonly used medications when it comes to managing OUD in pregnant women. However, congenital anomalies and neonatal mortality incidents associated with prenatal exposure to methadone are quite high. In a 2017 study that compared the effects of Naltrexone exposure with Methadone exposure in neonates, it was found that mortality or anomaly rates were significantly lower in Naltrexone-exposed neonates than those exposed to Methadone. Furthermore, cases of neonatal abstinence syndrome in babies of pregnant women who were treated with Vivitrol were lower. All that suggests that Vivitrol may be a suitable alternative to Methadone in OUD management during pregnancy.

Currently, studies on the matter are limited. While the study mentioned above had positive outcomes, it should be noted that little information is known about what happens next. It isn’t clear how detoxing from alcohol or opioids—necessary for Vivitrol pregnancy therapy—can impact the fetus. Low dose Naltrexone therapy during pregnancy is generally considered safer than treatment with higher doses, but still, more research is needed. 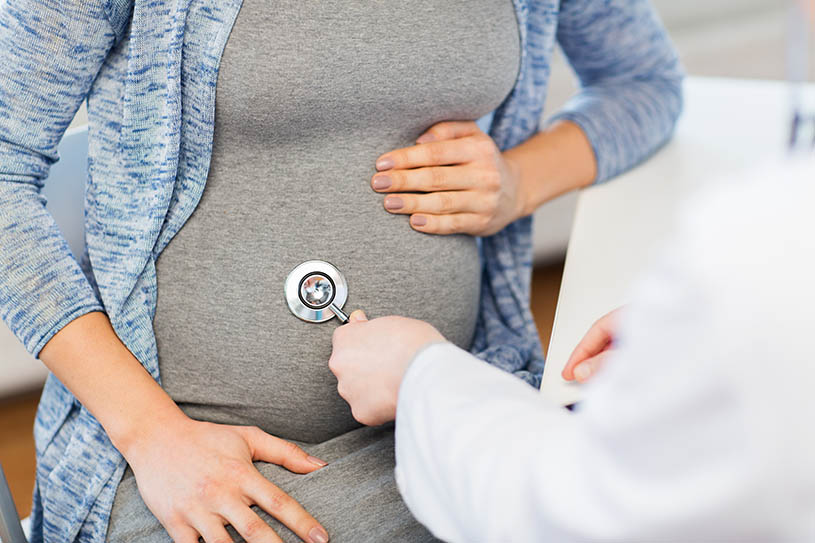 There aren’t many instances of Vivitrol overdose. In fact, up to 784mg of the drug was administered to 5 subjects and severe symptoms were not observed. Said subjects only showed some of the common side effects: drowsiness, dizziness, and nausea. Their hepatic enzymes did not increase significantly either. However, opioid overdose can happen during Naltrexone treatment.

Opioid tolerance is reduced in individuals after they have undergone detoxification and started taking Vivitrol, and there are cases where OUD patients relapse. Some would use opioids at the end of Naltrexone’s dosing interval or when they skip or miss a dose. Because they become more sensitive to opioids after being treated with Vivitrol, there is a huge risk of opioid intoxication which can cause their respiratory or circulatory system to fail.

Another way that a patient can overdose is by taking more opioids while under Naltrexone treatment. Vivitrol works by blocking the effects of opioids, and it does so for roughly a month after administration. Some patients who relapsed may take more opioids than they used to in an attempt to overcome Vivitrol’s blocking effects. These instances are very dangerous and can lead to a fatal overdose. Because of little experience with Vivitrol overdose, signs and symptoms to watch out for are not really known. Adverse effects can certainly be present, but there is currently no data on the signs and symptoms specific to Vivitrol overdose.

It is not enough to just know about potential Naltrexone side effects – before taking opioid medications such as this drug, one should know other crucial information about it. Some of the most important information that one should know of are special precautions to follow, Naltrexone warnings, and Naltrexone contraindications and the possible alternative drugs to Naltrexone. For instance, individuals who have once been found to be allergic to opioid medications other than Vivitrol must inform their doctor before undergoing treatment. The same goes if one is currently taking any narcotic drugs or street drugs, as well as certain cough, pain relief, or diarrhea medications. Telling a doctor or a health/medical professional about this is vital if the last dose was taken in the past week or 10 days – one must be opioid-free before taking Vivitrol. In addition to these, there are several other precautions one must follow before using drugs such as this one.

Depression is a growing public health concern, and this condition, together with suicidal thinking, are among the Naltrexone warnings to know of. The aforementioned conditions were found to be associated with opioid use, specifically if used without a prescription and recommendation of a doctor. Not all patients taking Vivitrol are being treated for opioid use disorder, but considering that this drug is mostly used for OUD treatment, it is safe to say that a significant portion of them are. That said, they should be monitored closely as it is possible for depression and suicidal thinking to develop, if not heighten.

As for contraindications, acute hepatitis and liver damage or failure is probably the most concerning. Fortunately, it is unlikely for hepatotoxicity to develop or cause liver damage when Vivitrol is taken in doses recommended by health and medical professionals. The risk is only high if it is taken excessively or in large doses. Still, it is extremely important to let the doctor know if one has a history of liver disease or hepatitis, given that this drug is contraindicated in these health problems. Vivitrol is also contraindicated in opioid-dependent individuals, those in acute opioid withdrawal, and those who have previously taken it and showed hypersensitivity.

The best way to prevent Naltrexone side effects is to use the medication as directed. This means sticking to the prescribed dose and not mixing it with other substances that may cause adverse reactions, especially opioids and alcohol.

Overcoming drug or substance dependency can be hard for those using Naltrexone for alcoholism or opioid use disorder. Seeing the list of potential side effects (especially the serious ones, although less common) this medication may drive away some people. One thing is for sure, though – being able to stop excessive alcohol drinking or opioid use will be very worth it. Abstaining and staying free of them will most definitely improve one’s quality of life.

Anyone who is considering Vivitrol therapy for getting and staying clean should speak with a medical provider for further information. Those at alcohol and drug rehab centers can guide patients in the use of Vivitrol while working on their skills for saying no to drugs and alcohol. With the right help, a good life is possible.