The Complicated History of LSD: Scientists Were Not So Innocent 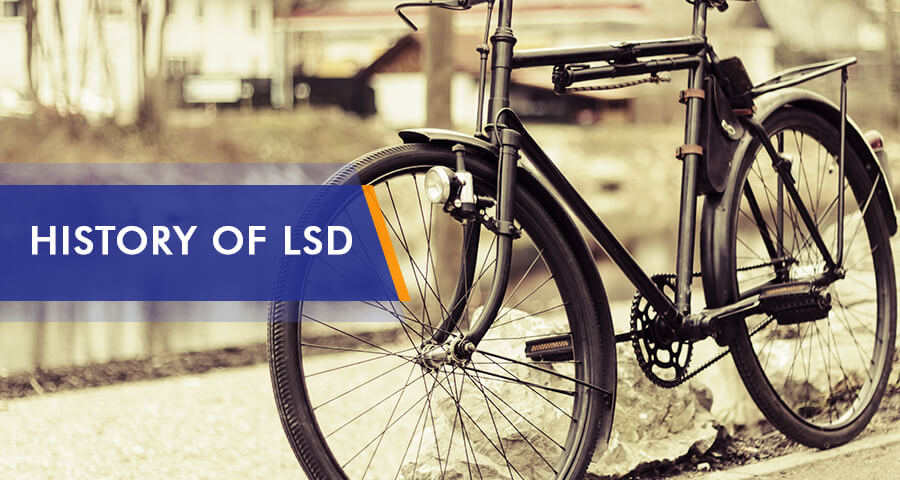 Within the complicated history of LSD, there were facts of illegal and unethical experiments by both the scientific community and government entities. Find out the description of trips and origins of LSD substance. Before looking to the history of LSD one must first understand what it is.

LSD, also known as acid, is a human-made chemical compound that falls into a class of drugs known as hallucinogens.
A person who uses LSD may experience:

A Timeline of the History of LSD

Ergot, or Claviceps purpurea, is a parasitic fungus that grows on rye. During the Middle Ages, this fungus poisoned thousands when they ate rye bread made with infected grains. Midwives also used ergot to induce or speed up the labor process.
What does ergot have to do with LSD? Keep reading to find out.

By the 19th century, many physicians saw the use of ergot as dangerous, as high doses were known to cause intense contractions that might endanger the baby. However, ergot was still used on occasion to stop a woman from bleeding after giving birth.

Researchers at the Rockefeller Institute in New York isolated a chemical compound called lysergic acid from ergot. Albert Hofmann—a Swiss chemist who, at the time, worked for a pharmaceutical company called Sandoz— built upon this research by creating several diverse mixtures from lysergic acid. He ended up developing a number of drugs including some that lowered blood pressure and some that improved cognitive function among the elderly.

Hofmann’s 25th version of these experiments, aptly named LSD-25, was developed in 1938. This compound is the same chemical makeup of the acid people use today for its hallucinogenic effects. Hofmann was hoping the drug would stimulate breathing and circulation, but tests did not produce any notable results. Sandoz gave up on any further study of the drug.

By this point in the history of LSD, Hofmann still believed no one had fully explored LSD-25’s full potential. Contrary to standard protocol, he took it upon himself to synthesize another batch of the substance. While he was doing so, however, he accidentally dosed himself with a minimal amount of the compound on April 16th. He began to feel strange so, he discontinued his work for the day and went home.
Three days later, he decided to experiment with LSD-25 by intentionally dosing himself with 250 micrograms, ten times the amount of what is considered to be a today’s typical minimum dose. Soon, Hofmann said he “had to struggle to speak intelligibly.” He then asked his laboratory assistant, who knew of his self-experiment, to escort him home. Due to the wartime restrictions on the use of automobiles at the time, he and his assistant rode bicycles to his home.
He described the first part of his experience as being shrouded in intense feelings of dizziness, anxiety, deep-seated fear. The people and things around him seemed to take “grotesque, threatening forms” and appeared to be “in continuous motion, animated as if driven by an inner restlessness.” Hofmann writes that he was “taken to another world, another place, another time.” He adds, “At times I believed myself to be outside of my body.”
He had his assistant call for a doctor, but the doctor could find nothing wrong with him except for having extremely dilated pupils.
Hofmann said that by the time the doctor had arrived, the most frightening of his symptoms had subsided. From there, “Kaleidoscopic, fantastic images surged in on me… opening and then closing themselves in circles and spirals… exploding in colored fountains… and in constant flux.” Hofmann also describes synesthesia in the form of seeing sounds, each “with its own consistent form and color.”
Hofmann described the experience to his wife later in the evening when she had returned home from visiting her parents.
When Hofmann awoke the next morning, “everything glistened and sparkled in fresh light. The world was as if newly created. All my senses vibrated in a condition of highest sensitivity, which persisted for the entire day.”

After running trials on animals, Sandoz gave LSD-25 to research institutes and physicians to give to both healthy subjects and those thought to be mentally ill. As a result of this research, Sandoz patented the compound and marketed it as Delysid. The company sold the drug in 25-microgram tablets. Sandoz suggested psychiatrists take the drug themselves to better understand what their patients were experiencing.

Doctors of the Boston Psychotropic Hospital were prescribing Delysid to their patients.

Throughout the 1950s, this history of LSD shows that the psychiatric community widely used LSD, which led to growth in popularity. Students receiving their undergraduate degrees in psychology would take the drug and then write about its effects.

LSD was one of the main drugs used by the CIA in MKULTRA, a program/series of experiments on human test subjects. The operation started in the early part of the 1950s, but wasn’t officially sanctioned until 1953. The program was significantly reduced in 1964 and again in 1967, and then halted in 1973. The experiments were meant to identify and develop different drugs and procedures officials could use in interrogation situations by temporarily or permanently altering a person’s physical capabilities, memory, and other essential brain functions. For this reason, Some call this operation the “CIA’s mind control program.” The experiments were often conducted illegally, without the subject’s knowledge or consent. Some added to the experiments things like hypnosis, verbal and sexual abuse, and various forms of severe psychological torture such as isolation and sensory deprivation.

Previously, LSD had been something that the general population had little access to unless they were in the field in psychiatry, studying psychiatry, or being treated at one of the many medical centers that now distributed it in an effort to treat various mental illnesses. Psychiatrists began taking the drug recreationally and introducing it to their friends and colleagues, resulting in a drug subculture that was somewhat limited to the intellectual and social elite— doctors, scientists, musicians, writers, etc.

In the 1950s, Dr. Timothy Leary, a lecturer in psychology at Harvard University, began conducting experiments on himself and a number of undergraduate students. Dr. Leary was among those who believed that instead of just allowing “the elite” to have access to LSD, the drug was something that could benefit humanity as a whole if it was made widely available to everyone. His experiments paved the way for the general population’s access to the drug.

By now, scientific and medical journals published hundreds of papers about LSD and its various uses. People experimented with the drug to see if it would do any of the following efficiently and consistently:

Sandoz stopped producing LSD. The company expressed concern regarding a lack of regulation and the spread of misinformation about the drug.

The United States Drug Enforcement Administration deemed LSD to be a Schedule I substance, making it illegal to produce, sell, or possess the drug. The DEA claimed, “Although initial observations on the benefits of LSD were highly optimistic,” empirical data had proved that the drug “produces no aphrodisiac effects, does not increase creativity, has no lasting positive effect in treating alcoholics or criminals, does not produce a ‘model psychosis’, and does not generate immediate personality change.”

LSD played a significant role in a liberal counterculture movement— the members of which were known as “hippies”— as a catalyst for exploring altered states of consciousness.

Chemicals needed to produce LSD including lysergic acid and ergotamine tartrate were placed under strict surveillance, causing a significant reduction in the drug’s availability.

LSD made a comeback within the punk and gothic subcultures, often used in dance clubs along with MDMA.

The DEA raided a large-scale LSD lab, which led to a severe decline in the drug’s availability, and therefore, its use.

The availability of LSD has slowly increased over the years. There has been a partial revival in the field of hallucinogenic research, especially concerning a practice called “micro-dosing,” which is when people take somewhere around ten micrograms of LSD to help foster innovative thinking when trying to find solutions to technical problems.

Addiction Resource » Addictive Substances: The Anatomy of Drug Addiction » LSD Addiction and Treatment » The Complicated History of LSD: Scientists Were Not So Innocent