How Long Does DMT Stay in System?

DMT (Dimethyltryptamine) is a psychedelic substance that causes hallucinations, sensory alterations, and out-of-body-experience. DMT is also naturally present in our brain as a neurotransmitter produced by the pineal gland.

What are the Factors That Influence the Duration of DMT’s Presence in System?

How Long Does DMT Stay in Blood, Urine, Saliva, And Hair? 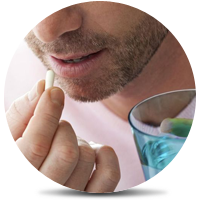 How is DMT Metabolized?

If injected, DMT crosses the blood-barrier seconds after the injection.
In the case of a neglectable amount, DMT can remain in the brain up to a week. Furthermore, DMT is mostly excreted through urine and eliminates from the system within two hours.

The Duration of DMT Effects

In most cases, DMT effects start within a few seconds and reach their peak half an hour after ingestion. After 60 hours, DMT effects should be completely gone. The time frame can vary, depending on factors such as the amount of the drug taken, and the route of administration.