High on Ativan: What Are The Dangers? 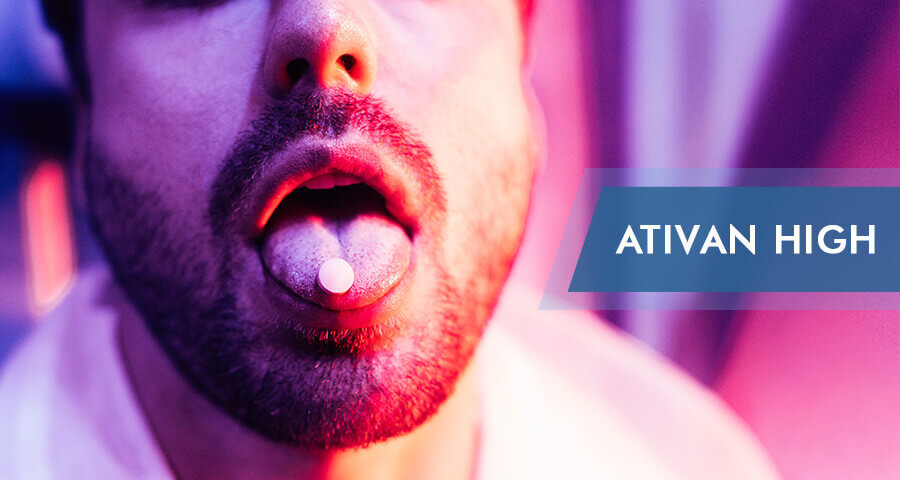 High On Ativan: Is It Possible?

Yes, Ativan can result in a “high.” On Ativan, users have reported feelings of relaxation; sensations similar to smoking marijuana; waves of inebriation, similar to alcohol intoxication; the sensation of floating; hallucinations that make things look alive.

Side Effects Of Ativan?

Side effects of Ativan can be severe and include amnesia; a fogged mind; slurred speech; talking nonsense; impaired motor skills; uncontrollable eye movements; drowsiness; muscle weakness; twitching; fainting; insomnia; nightmares; body pains; aggressive behavior; and suicidal thoughts. These and other impairments may result in falls and accidents if operating machinery.

There is no safe way to use Ativan recreationally. Recreational use equals abuse and entails health dangers, as well as legal liabilities.

Ativan (Lorazepam) is a strong benzodiazepine often used in the treatment of anxiety, seizures, and insomnia. Ativan is also sometimes prescribed to fight nausea caused by chemotherapy. However, the drug is habit-forming and can result in addiction when used for long-term periods.
Like many other benzodiazepines (such as Xanax and Valium), if Ativan is not taken as prescribed, it can induce tolerance and lead to dependency. The sedative effects of benzodiazepines can also cause what is reported as a “high”: a subtle, euphoric feeling.
The dosage taken as well as the method of Ativan ingestion affects the experience. Prescribed Ativan is typically consumed as a 0.5mg to 2mg pill. When abused, some people snort Ativan, which can lead to damage in nasal cavity and lead to a sinus infection. There are reported cases of putting Ativan pill under the tongue as well.

Users report that high on Ativan results in:

Attempts to get high on Ativan result in detrimental side effects and “bad trips.” Ativan users have reported:

People also report that although Ativan causes some problems with their motor coordination, and some people experience accidental falls.
Some users also report being talkative and oversharing with people they don’t know, which can also be risky for their well-being. Generally speaking, Ativan, like any other benzodiazepine, can cause relaxation and increases people’s self-confidence. These effects are similar to those of alcohol intoxication. In higher doses, Ativan can lead to euphoria, excessive talkativeness, and sedation. This can be not only uncomfortable for the users, but it may lead to risky behavior, which can result in dangerous acts for the people around. For example, driving while highly sedated can be fatal.

The most concerning aspect of Ativan abuse is how readily the medication is prescribed by doctors. Often, people don’t consider Ativan for a dangerous drug. Mixed with other drugs, however, the effect Ativan has on individuals can lead to death. Ativan should never be taken with alcohol.
Also, Ativan addiction can cause severe withdrawal symptoms; never stop Ativan abruptly, but taper it down. The usual dosage is between 2 and 6 mg per day, and taking more than 5 mg at a time can lead to dangerous respiratory problems. Talk to a health professional about ways to reduce and quit the drug, and also about available treatment options.
Last but not least, comorbid disorders may occur during Ativan abuse or withdrawal. As Ativan can cause depression and irrational fear, therapy should be provided. Note that some patients report real suicide attempts. Ativan affects each person differently, so take it only as prescribed and only for a short-term period.