Tizanidine (Zanaflex) is a drug that is used to treat spasticity in muscles resulting from spinal injury or multiple sclerosis. However, there are alternative drugs that medical personnel utilize in the treatment of this condition.
Alternative medications to Zanaflex include Flexeril, Soma, Robaxin, Baclofen, and Valium. All these are muscle relaxants but differ from tizanidine when it comes to the number or intensity of side effects as well as other factors.
Read on to find out more about the different characteristics between Zanaflex vs. Flexeril vs. Soma and a couple of other alternative medications.

What Are The Drugs Alternative To Tizanidine?

Instead of prescribing tizanidine, doctors can decide to give patients an alternative to achieve a similar outcome.

Muscle spasticity and spasms can be the result of acute or chronic conditions. Because of this, medical personnel sifts through alternative medications to provide relief from the pain and discomfort of the spasms.

So, what is tizanidine compared to? This drug draws some parallels with other drugs that have the ability to relax muscles. A handful of these includes Flexeril (cyclobenzaprine), Soma (carisoprodol), Robaxin (methocarbamol), Baclofen, and Valium (diazepam).
Here are the drugs alternative to Zanaflex in a more detailed comparison.

Comparing the similar features between Zanaflex vs. Flexeril, they are both used as muscle relaxants to provide relief from pain and muscle spasms resulting from musculoskeletal conditions like fibromyalgia and sciatica.
Doctors can prescribe tizanidine for sleep. Flexeril also has a sedative effect on patients and can be used for a similar function.
Further comparison of tizanidine vs. cyclobenzaprine shows that there is some difference in the way the two medications are used.

Whereas Zanaflex works by decreasing pain through the stimulation of adrenergic receptors, the alternative Flexeril reduces pain by increasing the effects of norepinephrine.

Another difference between Flexeril vs. Zanaflex is the fact that tizanidine is used as a muscle relaxant during chronic musculoskeletal conditions. On the other hand, cyclobenzaprine is indicated in the short-term treatment of acute muscle pain and spasms.
Zanaflex and Flexeril share some common side effects. These include:

Flexeril has side effects that differ from the common ones associated with tizanidine. These include: 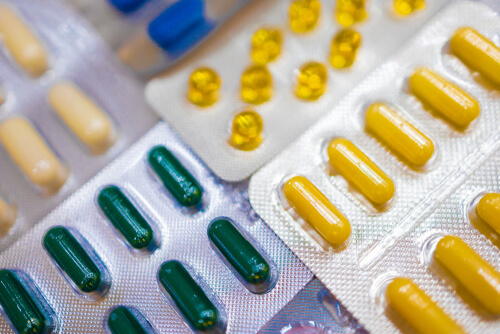 When it comes to the generic forms cyclobenzaprine vs. tizanidine, the latter costs slightly more than the former.
Although there isn’t a definitely more effective drug, it would be safer to go with Flexeril as an alternative due to its fewer side effects and interactions with other drugs. Additionally, it is less likely to cause liver damage when compared with Zanaflex.

Is tizanidine like Soma? The two medications possess some similar features.
Both drugs are not considered first-line medications for use against muscle pain. It is recommended to turn to them only when conventional painkillers are ineffective.
Both drugs also show some interaction with alcohol when taken together with the beverage.
Comparing Soma vs. Zanaflex shows that there are some differences between these two drugs. Carisoprodol is mainly used as an alternative muscle relaxant for short-term periods not exceeding three weeks. This differs from Zanaflex, which can be used for a longer time.

The half-life of Soma is 8 hours whereas that of Zanaflex is 2.5 hours
The shared side effects include:

When comparing tizanidine vs. Soma, alternative medication has some side effects that are not exhibited in patients taking the former. These include:

According to online reviews, a larger number of people found Soma more effective than tizanidine.
Zanaflex is also more expensive than the alternative drug based on the unit cost. 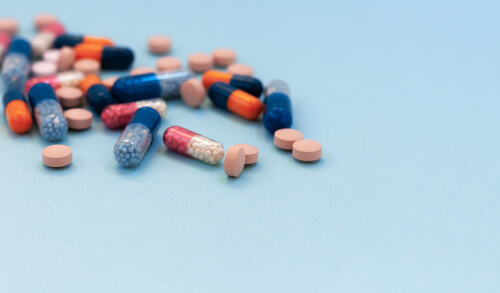 Robaxin (methocarbamol) is an antispasmodic drug used in the treatment of spasms due to injury or other disorders. This puts it in the same bracket as Zanaflex as a muscle relaxant.
Comparisons of methocarbamol vs. tizanidine reveal there is little in common between these two drugs except for their general action on the central nervous system to influence muscular activity.
The two medications also have a similar half-life. Zanaflex has a half-life of 2.5 hours, whereas that of the alternative medication is around 2 hours.

The main Zanaflex vs. Robaxin difference is that the latter is mainly indicated in the short-term treatment of muscle spasms and pain. The latter is more effective when it is muscular pain resulting from multiple sclerosis and spinal injury.

The tizanidine vs. Robaxin administration also differs. Methocarbamol can be administered via an injectable solution or orally by a tablet. On the other hand, tizanidine can be taken as a capsule or Zanaflex 4mg tablet.
The adverse effects elicited by both drugs include:

The side effects elicited in patients by Robaxin alone include:

What’s stronger, tizanidine or methocarbamol? People sometimes abuse Zanaflex by snorting tizanidine because of its stronger sedative effect. Robaxin is a comparatively weaker sedative.
Comparing the Zanaflex vs. methocarbamol prices, the unit cost of the alternative drug is cheaper than that of tizanidine.

Assessing the use of baclofen vs. Zanaflex shows that the two medications are indicated for similar conditions. Both of them are used to alleviate chronic muscle pain stemming from conditions like multiple sclerosis or spinal injury.
Both drugs cause significant drowsiness, making it more difficult to maintain the alertness required to perform some tasks like operating machinery.
Further assessment of tizanidine vs. baclofen reveals that they are both not controlled drugs under the Controlled Substances Act.

However, baclofen is a first-choice treatment compared to tizanidine which is not.

There is a difference in the Zanaflex vs. baclofen administration. Zanaflex is taken orally as a tablet or capsule. However, the alternative baclofen can be taken orally or intrathecally – a solution is injected directly into the spinal canal.
However, baclofen lasts longer in the body with a half-life of around 4 to 6 hours. Tizanidine has a significantly shorter half-life of 2.5 hours.
The drugs share some side effects like:

Baclofen has some adverse effects that include:

Based on unit price alone, Zanaflex is cheaper than this alternative.
According to research published in the Canadian Journal of Neurosciences, the two drugs have similar efficacy. The choice of the preferred drug comes down to sorting through the side effects. 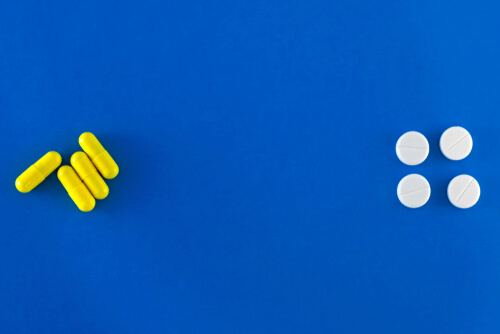 Both Zanaflex and its alternative valium are used to relax the muscles of people who have spasticity and spasms. Both medications are administered orally in the form of a tablet.
Further comparison of tizanidine vs. valium shows that the Zanaflex remains in the body for a shorter time. The alternative valium has a longer half-life of 70 hours.
Valium differs from tizanidine in a way that it is classed as a schedule 4 drug. It is highly addictive compared to Zanaflex.
However, the similarities in their ability to relax muscles and give a sedative effect make people want to compare tizanidine and Xanax, another benzodiazepine similar to valium.
As a benzodiazepine acting on the central nervous system, valium shares some side effects with Zanaflex. These include:

The different side effects of valium include:

As an alternative, valium is more expensive. The lower potential of dependency makes the tizanidine street value low.
Valium is an effective alternative because it kicks in faster and lasts longer in the body, exerting its relaxant effect.

Why Look For An Alternative To Tizanidine?

No medication meets all the requirements that a patient needs even if it is a medication that belongs to the same tizanidine drug class. Therefore, medical personnel can provide an alternative to tizanidine other drugs in the same class due to various reasons.
These include:

What Is The Best Alternative To Tizanidine?

Depending on the reason for choosing a different option, any of the choices can be a good alternative.
It is always important to seek professional advice when getting treatment. For example when looking at Zanaflex vs. Flexeril for fibromyalgia, a medical professional will discuss all the side effects, costs, and effectiveness so that a patient can choose the best alternative.
To aid with dependence or withdrawal symptoms when switching drugs, it is vital to choose one of the reputable rehabilitation centers in the US to get expert assistance.