Side Effects of Narcotics: Why Are Narcotics Dangerous?

It is safe to use narcotics as prescribed by medical providers. However, there is always a risk of narcotics side effects and dangerous adverse reactions that may arise. The side effects of narcotics vary according to medication type, a dosage which was taken, patient age, general health, and many other conditions.

There are side effects that may appear immediately after its administration, such as nausea, vomiting, and constipation. On the other hand, the side effects of some drugs may arise after using it for a prolonged period of time. The side effects of narcotics during pregnancy and breastfeeding are dangerous to both mother and baby. Mixing narcotics with alcohol can also be dangerous to health. Moreover, there is a list of narcotics that are illegal and don’t have medical purposes for use in the U.S., which means they cause hazardous health damage and are extremely addictive.

Learn About Side Effects Of Narcotics:

Short- And Long-Term Use Effects Of Narcotics

How do narcotics affect the body? Narcotics effects appear after binding to certain opiate receptors on the brain, spinal cord, and gut opiate receptors in the brain. These medications can relieve pain and cause feelings of well-being, but some side effects after their use still may appear. Narcotics cause an initial feeling of pleasure and euphoria, which makes a person desire to continue experiencing those feelings and may lead to addiction development.

What are the side effects of narcotics? Several physical and psychological narcotics side effects may appear after using them for the treatment of different medical conditions.

These side effects may be very dangerous, especially when they are used recreationally in exceeded doses. For instance, snorting these drugs may cause respiratory depression and cardiac arrest. Using these medications at lower doses makes a person feel sleepy, but higher doses can slow breathing and heart rate, which can lead to death.

Topical drugs have fewer side effects than other product forms.

Short-term narcotics symptoms may appear immediately after drug administration and may last for a few days. The short-term effects can severely affect the quality of life, and sometimes they may lead to discontinuation of drugs even though a patient is still having a medical problem. Different types of drugs may affect patients differently. For example, dizziness, nausea, and vomiting are more often associated with oxycodone than morphine.

There are some common physical effects of narcotics on the body that may persist for a short period, such as: 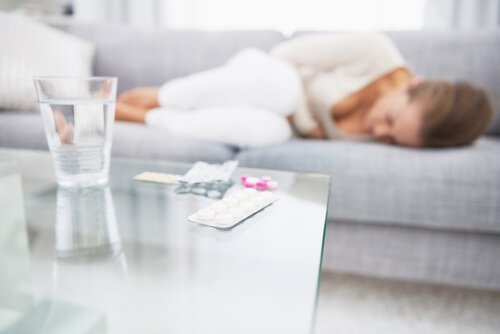 To avoid constipation from these drugs, it is advised to eat a lot of fibers and drink water in high quantities. In spite of that, constipation relief from narcotics may require stopping the drug use and suggesting an alternative medication, which should be chosen by a medical provider only.

Another common side effect of these drugs is itching. Why do narcotics make one itch? These drugs trigger MRGRPX2, a receptor protein on the surface of mast cells, activation of mast cells increases histamine release that leads to itching.

The drug administration should not be stopped, and medical specialists must provide supportive anti-allergic treatment in such a case.

Do narcotics make one sleepy? Yes, these drugs can make a person feel sleepy at lower doses. Narcotics cause sleepiness because of their drowsy properties, but people may continue taking them to reach deep sleep. It can cause slow irregular respiration that may lead to hypoxia and hypercapnia.

Also, there are some short-term psychological side effects of these drugs that may appear, such as: 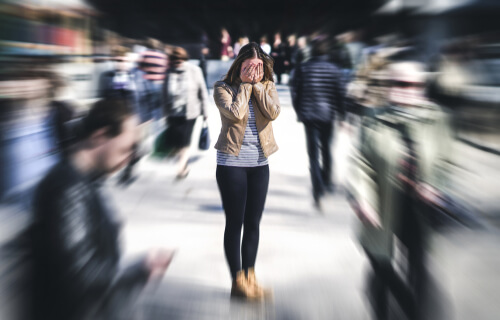 The medical provider may advise the use of non-opioid medications or natural alternatives to avoid these effects.

According to the National Institutes of Health, there is a relationship between chronic use of narcotics and blood pressure. The prolonged use of these drugs can lead to bradycardia and vasodilation, and as a result, can cause hypotension. The risk of tolerance development is also present. There were cases when long-term use of these medicines increased sensitivity to a pain, which is often hard to distinguish from tolerance.

Why are narcotics dangerous during pregnancy? Using narcotics in pregnancy can affect the health of both baby and mother. Taking narcotics while pregnant may cause congenital disabilities such as:

There are some indirect risks on the fetus while using these drugs during pregnancy, such as infection of Hepatitis C virus and malnutrition. 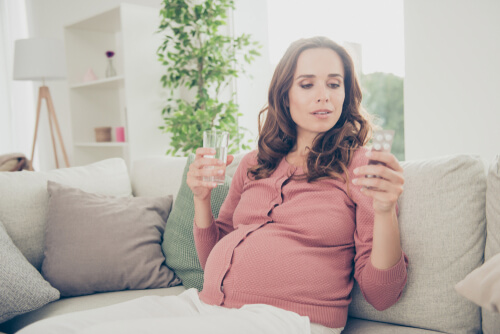 How long does the placenta hold narcotics during pregnancy? These drugs readily cross the placenta, and the fetus may become addicted to them. The baby may have narcotics withdrawal symptoms 6 hours to 8 days after birth.

Some schedule 3 narcotics such as buprenorphine and schedule 2 prescription drugs such as methadone may be used during pregnancy in some cases. They are often used for treating drug problems in pregnancy.

These medications should be used only after doctor’s approval.

Lactating women are often prescribed these drugs to control pain after a Cesarean section and childbirth. The medical providers and patients alike are concerned about using these drugs in a way that would not harm the baby. However, it is not safe to use narcotics while breastfeeding.

What are the effects of narcotics during breastfeeding? Several side effects may appear in the infant while taking these drugs in breastfeeding:

According to the U.S. Food & Drug Administration, the risk of serious adverse reactions in breastfed infants such as excessive sleepiness and difficulty breathing may lead to infant death. It is important for healthcare providers and breastfeeding women to discuss the use of these drugs and to consider another safe alternative.

Alcohol and narcotics should not be mixed, because doing so could result in adverse effects on the brain and body. The negative effects of these drugs are even more deadly when they are mixed with alcohol, as both are central nervous system depressants. They induce a sense of relaxation and release calming neurotransmitters. Mixing narcotics and alcohol can lead to: 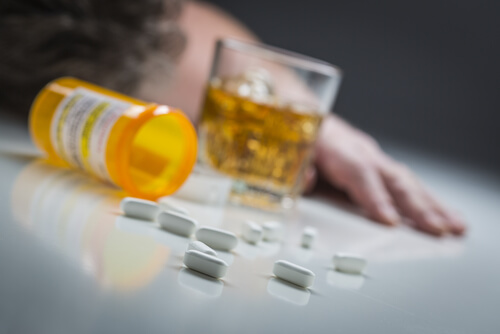 It is highly recommended to avoid mixing narcotics with alcoholic beverages.  A patient should also consult a doctor about the possibility of mixing specific medications with alcohol and define the optimal dose for both substances if such an option exists.

Narcotics overdose occurs when someone has excessive unopposed stimulation of the opiate pathway. Overdose of these drugs is the leading cause of accidental deaths in the U.S. Overdoses most often occur when these drugs are used for recreational purposes, taken in high doses, or mixed with other illegal substances or alcohol.

How can narcotics cause death? These drugs affect the part of the brain that regulates breathing. Overdose may be accompanied by the stopping or slowing of breathing, which could end with coma and death. The signs of overdose include: 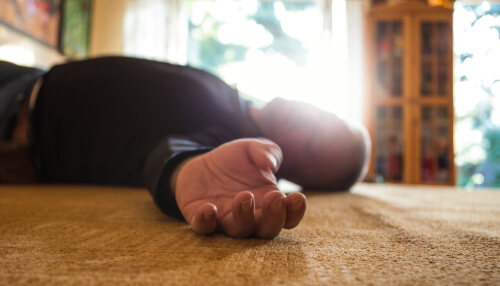 Can narcotics cause seizures? The use of these drugs in high doses may lead to brain overactivity, which can influence brain cells to send abnormal signals. Seizures can occur when the electrical system of the brain breaks down.

Seizures are also a sign of overdose. It is necessary to call 911 immediately if any signs are noticed.

There are several ways to prevent or reduce the chance of experiencing an opioid narcotics overdose. The following are some guidelines that should be followed:

Any medication of this type may cause side effects as well as dependence, which may result in addiction. Specialized addiction treatment would be required in such a case. It is recommended to find a suitable rehab center and start the battle with addiction as soon as possible.