Types of Narcotics: What Are The Classes Of Narcotics?

What drugs are classified as narcotics? There are various ways to discern types of narcotics, and the common classifications rely on the obtaining method, pharmacology, and the legal system. Thus, there are several co-existing classifications of these drugs, which are not mutually exclusive. There is no universal narcotics definition, but most drugs of this type are linked with poppy and opium, or affect the brain in the same way opium does.

Different narcotics have different medical uses, which is the basis for pharmacological classifications of these drugs. Every drug on this list should be taken only with a doctor’s approval and prescription.

Learn About Different Types Of Narcotics:

Classification According To Obtaining Method

This classification refers to the origin of the drug, the way it was produced. Types of narcotics include natural, semi-synthetic, and synthetic forms. In the past, scientists, pharmacies, and others used mainly natural opium products. In more recent times, synthetic drugs have seen a sharp surge in production.

These can be referred to as poppy narcotics, being derived from the poppy plant and its product, opium. These are common poppy derivatives and opium alkaloids: 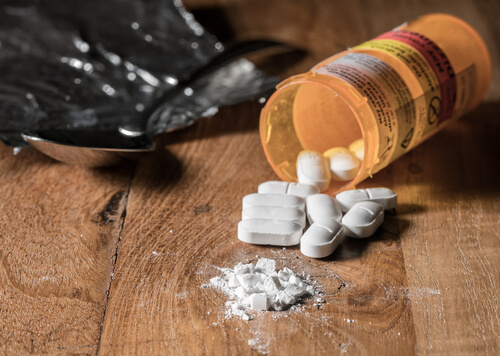 Synthetic drugs are made in a laboratory, from ingredients that have nothing in common with poppy or opium. These substances affect the same neural pathways as the formerly mentioned type, but synthetic drugs are often more potent than poppy narcotics.

Often, the half-life of narcotics, which are made synthetically, is shorter than that of natural, poppy products.

Semi-synthetic narcotics are made from altering naturally occurring opioids (like codeine). This way, each poppy product can be altered so that one of its effects is accentuated, while the others are mitigated. These drugs are:

Narcotics pharmacology includes different mechanisms of action and various medical uses of these substances. For example, some classes of these drugs mainly affect the peripheral sensation system (anesthetics). Others yet are good for attenuating acute (rarely chronic) pain.

This class of medications is used for the elimination of pain and for treating acute pain. A subgroup of these analgesics is sometimes described as weak, due to their relatively low affinity for MOR receptors. Strong drugs primarily achieve their analgesic effect by binding with Mu-opioid receptors (MOR). 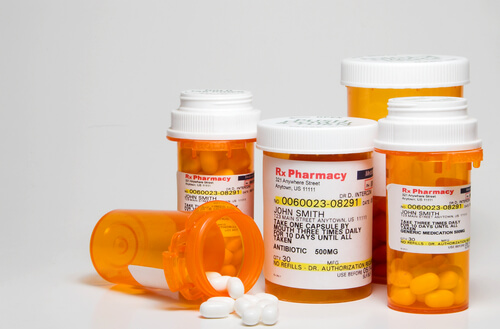 The group of weak analgesics isn’t necessarily less harmful, as the Prescrire International review that compared the adverse effects of codeine and morphine, has shown.

This type of narcotics has long ago come into widespread use, mostly as primary anesthetics, but also as preanesthetic medications and to supplement general anesthetic agents. Loss of sensation and temporary loss of consciousness are the main purposes of anesthesia drugs. One Finnish study examined the relationship between the type of administration, narcotics class, and efficiency of anesthesia. These were the most commonly used drugs for anesthesia:

These substances are administered orally, epidurally, intravenously, with the last two being used exclusively in hospitals.

The legal classification of drugs and narcotics is the one promulgated by the legal system. All legal drugs can be purchased only with the doctor’s prescription. 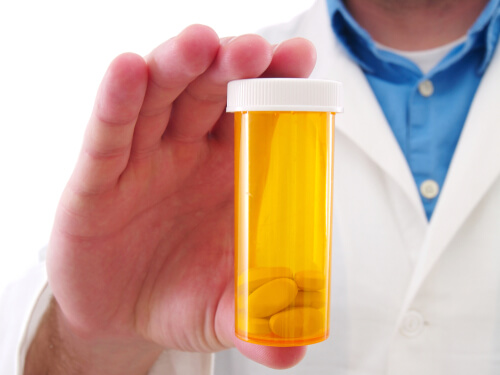 These substances can be obtained only with the doctor’s approval, upon a thorough examination of both psychological and physiological risk factors. The law (Controlled Substances Act) determines the potential risks and suppresses/ incites the prescription of certain substances. Drugs from upper schedules are harder to obtain and get a prescription for, and most medicines found their place in these schedules.

Most common types of prescription narcotics are:

Some of these are narcotics for migraines, which is a frequent purpose for use.

DEA rules on prescribing these drugs explicitly state that these substances are only prescribed when the doctor concludes that the beneficial effects outweigh the risk of abuse and addiction.

Illicit drugs are substances that are produced without the permission of the state, which concerns unlawful manufacture, distribution, selling, and even prescription. It means that legal schedule 2 narcotics as well as drugs from schedule 3-5 list can become illicit if they are prescribed without justification, not registered by the government or sold in an illegitimate pharmacy. Illicit drugs are also those from schedule 1, and cannot be produced, manufactured, or sold.

Illegal substances are numerable, and states have to update their schedules daily, as illegal producers often come up with new variants of chemicals that have to be included in legal categorizations. For instance, there are over 1400 fentanyl analogs, most of which are illegal to manufacture, distribute, or sell. These are the most common drugs of this type:

Synthetic drugs often have a slow-release mechanism of action and are less likely to cause respiratory failure, which is one of the worst side effects of these drugs. However, this doesn’t necessarily mean that synthetic substances won’t cause addiction or respiratory failure. All drugs that affect the MOR system are addictive, but as natural substances achieve their effect primarily through binding with MOR, they are the most addictive. The route of administration is also a factor because illicit, natural chemicals are often injected or snorted, so as to achieve the strongest effect. This, in turn, increases the chances of substance abuse disorder and overdose. Unfortunately, even prescription medication can be ingested the way it shouldn’t be ingested to bypass the slow-release mechanism.

Side effects of narcotics are another possible consequence caused by the irresponsible consumption of all the drugs. If any side effects and symptoms of addiction are noticed, the doctor should be contacted immediately. The specialized treatment plan would help to battle the addiction with any type of these substances. It is always recommended to go through the treatment in the rehabilitation facility under the supervision of medical specialists.