Schedules Of The Narcotics Drugs And Narcotics Laws

Narcotics are a large group of drugs with analgesic properties, some of which are legal, while others are illegal. Narcotics are regulated in order to reduce the prevalence of addiction, overdose, and death, which is why new substances are constantly added to the list of regulated chemicals. The regulation of these substances started with the Harrison act, which decreased the number of opium addicts in the U.S. This regulation is being made by the U.S. Drug Enforcement Administration and the Controlled Substances Act.

Federal Bureau of Narcotics was an official agency that enforced drug-related acts, in 1930, and was a part of the Department of the Treasury. FBN enforced new responsibilities coming from the Harrison Act (stopped the smuggling of opium and heroin). It was succeeded by the Bureau of Narcotics and Dangerous Drugs. The latter was an agency within the Department of Justice. Both played a significant role in enforcing federal narcotic laws, mostly by tracking down the overseas production and making local drug busts.

Narcotics Regulation In The U.S. Today

The DEA is the current narcotics police in the U.S. The Drug Enforcement Agency is an agency within the United States Department of Justice, and it combats the domestic distribution and trafficking of illicit drugs. The DEA cooperates with the Federal Bureau of Investigation (FBI). The DEA narcotics regulations are brought with the help of the Food and Drug Administration (FDA). The two agencies add or remove substances from schedules. The initial list of controlled substances was put together by Congress. 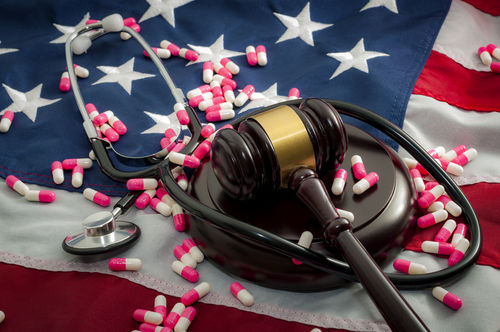 Drugs can change schedules or can be excluded from any list of regulated substances if the governing bodies decide so. Although the scheduling system still exists, various organizations have questioned its efficiency.

Schedules are special sublists, organized with regards to 3 factors:

While there is a list of exempt substances (like alcohol and tobacco), there are virtually no exempt narcotics.

Schedule 1 narcotics are substances with the highest potential for abuse and addiction and are not accepted for medical use. These include: 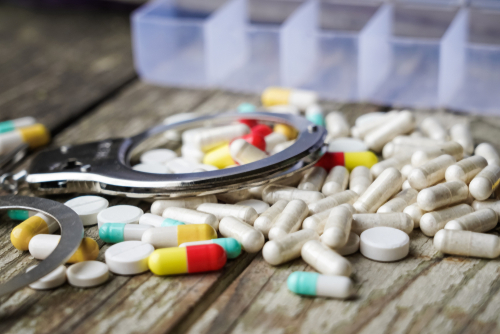 Schedule 2 narcotics also have a high potential for abuse and addiction, but their medical use is allowed. These are:

Schedule 3 narcotics have medium potential for abuse and physical addiction, while the risk of mental addiction is high. These substances are used in medicine:

Drugs from this Schedule list have a low potential for abuse, and may lead to moderate addiction symptoms:

These drugs have the lowest potential for abuse, medical use is accepted, and there are only mild symptoms of addiction. Individuals can buy narcotics (like cough syrups) listed in schedule 5, without prescription:

Manufacture, distribution, and possession of regulated substances may lead to detention, incarceration, fines, and other forms of criminal charges.

The severity of anti-drug measures depends on the drug’s schedule and the nature of the crime. Usually, the possession of a drug is the least punished crime, while the distribution, selling, and manufacture of that same drug lead to being arrested and long imprisonment.

Legal drugs can only be used in the medical context, with a prescription. The appropriate medical use is defined by the law. Doctors that prescribe narcotics for pain can also be prosecuted if they carelessly prescribe drugs from the upper schedules.

Most of the substances enumerated in the aforementioned lists are extremely addictive. There are many ways to treat the addiction, such as psychotherapy and support groups and many others. In most cases, it is required to spend some time in a rehabilitation center to recover from drug addiction fully.

In order to avoid the development of an addiction, doctors can choose non-opiate narcotics or natural alternatives for pain management.