Dexmethylphenidate causes changes in the brain’s chemical milieu, such that abruptly quitting or cutting back on its intake could trigger dexmethylphenidate withdrawal. However, while these effects are rarely fatal, they could cause severe discomfort as to lead to relapse from a failed attempt at Focalin detox. This article explains how withdrawal to the substance develops and how to prevent them in a safe dexmethylphenidate detox program.

Dexmethylphenidate is a prescription drug sold with the brand name Focalin. But is Focalin a stimulant? Yes, it is one of the stimulant drugs, all of which are classified as a schedule II controlled substance because of their strong abuse and addiction potential. This potential for dependence and tolerance results from the changes the element makes to the brain, increasing the risk of withdrawal when discontinued.
Focalin works by preventing the uptake and breakdown of two brain chemicals or neurotransmitters – dopamine and norepinephrine. This increases the amounts of these chemicals in the brain’s nerve spaces. Ever asked: how does Focalin high feel like? These chemicals are responsible for that: when in large amounts in nerve spaces, dopamine and norepinephrine cause a rush of euphoria, a feeling of self-confidence, and high energy levels.
When an individual continues to take the drug, especially in large doses, the brain reduces how much of these chemicals it produces.

Consequently, when someone abruptly quits or cuts down on Focalin, the brain struggles to cope with the sudden unavailability of these neurotransmitters, producing withdrawal effects.

Signs and Symptoms of Focalin Withdrawal

Common symptoms one experiences with discontinuation of dexmethylphenidate include:

In severe cases of withdrawal from Focalin – typically after prolonged abuse – an individual may develop suicidal tendencies. 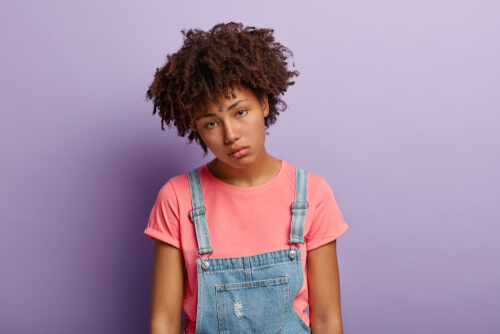 The timeline for withdrawal from Focalin, just as the severity of its symptoms, depends on the duration and dosage of the drug that was used. However, symptoms generally last for one to three weeks and progress in this pattern:

Dexmethylphenidate XR withdrawal symptoms may not manifest on time because of the longer Focalin half-life, making these extended-release tablets stay longer in the system.

The best way to prevent dexmethylphenidate withdrawal symptoms is to reduce the dose gradually. Sudden discontinuation of the drug will send the brain into a depressive mode, as the stimulant neurotransmitters – dopamine and norepinephrine – are suddenly depleted.

Tapering the dose bides time for the brain to produce its dopamine and norepinephrine, thereby producing minimal withdrawal symptoms as one weans off the drug.

Weaning off Focalin is best done in a detox center, where there are professionals who are trained in addiction medicine and detoxification. These professionals will help the individual taper the dosage of dexmethylphenidate. The patient will be closely monitored for compliance and to manage the detox symptoms when they present.

What is the Detox Process for Focalin?

In addition to controlling the side effects of dexmethylphenidate during the detox process, for example, after heavy use, Focalin detoxification also involves managing the symptoms that ensue as a result of tapering the dosage.

Do not attempt dexmethylphenidate detox without medical guidance. It may be futile or even lead to a relapse. Healthcare professionals can help determine how much of the dose one should reduce per time to ensure a safe and comfortable detox.

After completing the detox program, an individual is transferred for addiction therapy to keep them away from using Focalin.

While detoxing under medical supervision, one may experience some withdrawal symptoms.

Although there is no antidote or single medication that resolves these symptoms, there are medications these professionals may administer or prescribe to control these symptoms to ensure the individual weans off the drug completely.

The medications depend on the nature and severity of the detox symptoms. For instance, depression and apathy may be treated with antidepressant medications; anxiety symptoms will be managed with anti-anxiety drugs such as diazepam, and; sleep aids may be administered for sleep disturbances.

Dexmethylphenidate detoxification aims to get someone off Focalin while minimizing withdrawal symptoms. This should be done under close medical supervision by professionals in detox centers or drug rehabs. Attempting to do this by oneself may be challenging, and the symptoms may be overwhelming enough to make the detox process unsuccessful.