Caffeine Addiction and Its Effects 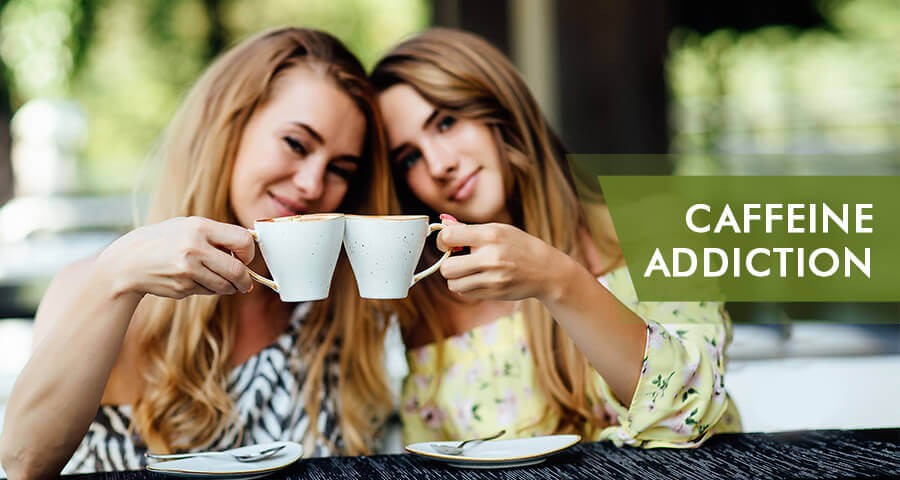 Caffeine is probably the most widely used mood-altering drug in the world and a lot of studies have suggested this fact.
Caffeine is primarily derived from coffee beans but it is also present in other plant products like tea leaves, cocoa beans, kola nuts and up to 60 other sources. It is also synthetically added to many food products, medicine, and beverages to induce some desirable effects that sometimes lead to people depending on them. Caffeine on its own tastes bitter and has properties that can alter a person’s mood and metabolism to make the consumer more alert and more energetic. This is precisely why it is very popular and contained in many beverages today.

People typically drink coffee to “wake them up” and start their day off with an energy boost. Most coffee drinkers have gotten so used to this boost of energy and concentration that whenever they don’t get their daily dose of coffee (and most times even continuously throughout the day) they find that they can’t function at their usually high level and their productivity suffers as a result.

How Does Caffeine Work?

Caffeine is easily absorbed from the small intestine and the highest concentration of the substance usually occurs at about an hour after ingestion and can last for up to five more hours thereafter. Once absorbed, it is transported quickly to the brain where it has an effect on the central nervous system, thereby making it a stimulant. Caffeine does not collect anywhere in the body and it leaves through urine a few hours after it has been consumed.
Caffeine’s molecular structure is similar to adenosine which is a neurotransmitter and due to this molecular resemblance, caffeine can mimic the workings of adenosine and bind to adenosine receptors in the brain cells which is what causes the stimulation. Typically, adenosine, when it binds to its receptors in the brain causes the subject to feel relaxed and sleepy by lowering nerve cell activity. However, when caffeine molecules replace adenosine and bind to its brain cell receptors, the normal sleep causing effects of adenosine are interrupted causing increased neuron firing in the brain. This is the reason why drinking coffee makes people feel more “awake” and energetic.

Caffeine is not required by the body at all in any amount. It can be completely done without and there would be no negative effect whatsoever. In moderate amounts of 250mg, (which amounts to about two cups of coffee per day) the effects of caffeine can be pleasant and good for the consumer. Caffeine causes the pituitary gland to release adrenaline which is a hormone that heightens a person’s senses and awareness.
The effect of this may result in some or all of the following:

These are all the reasons why people become livelier after drinking coffee or other food products that contain caffeine. Consistently high dosage of caffeine (about 1000mg or ten cups of coffee daily) can lead to unwanted complications. Caffeine may give one the sensation of an energy boost but nothing can replace food and adequate rest as the only source of energy replenishment and one can run on a caffeine induced energy for only so long before it becomes problematic. Excessive caffeine consumption has also been linked to infertility, heartburns, and irregular bowel movements. If too much caffeine is consumed, the effects are no longer as pleasant and the user may experience some or all of these effects:

It is important to drink coffee only casually to get the best of it and not become a heavy drinker. Withdrawal symptoms have been observed in people who are extremely dependent on the substance. Also, people tend to develop a caffeine tolerance over time which makes them require more caffeine in order to get the usual kick out of it.

Is it possible to overdose on caffeine?

Yes, although overdose from caffeine is extremely rare and only occurs in particular and isolated conditions. Caffeine abuse is still possible, however. Excessive caffeine consumption is also linked to infertility, heartburn, and irregular bowel movements.

Although caffeine is a substance that is a widely used stimulant all over the world, it is not regulated by any governmental body. Given as it is not controlled, producers are not even legally obligated to label their products with information about the caffeine content. The ubiquitous use of caffeine gives us a lot of interesting statistical data and some of them are quite astonishing. Here are some of them.

Caffeine, when used in moderation can be a very good source of vitality and fast track a person’s lethargic morning phase. However, its use must be controlled so that its usage will continually be effective and also so that its use is for its benefits and not be to reduce cravings. Fatalities from caffeine overdose are extremely rare and only occur under very isolated conditions. But this does not mean it should be abused. If abused, it has real consequences.