For those seeking drug rehab, the idea of being in a facility full time can be intimidating; this is a big part of what makes a partial hospitalization program so appealing. PHP programs do not require overnight hospital stays but do offer high-level, intense treatment during the day. For many suffering from drug addiction, partial hospitalization in rehab is the key to getting better.

Partial Hospitalization: What Is PHP?

Partial hospitalization in drug rehab will sometimes begin with full hospitalization. Usually, this is done when the patient needs to safely withdraw and detox from the substance they have been abusing.

It is possible that inpatient treatment will need to extend beyond detox if the patient is displaying needs for continued monitoring. As soon as it is safe for the individual, they can transition to a partial care drug rehab.

While in the PHP program, the patient attends daytime sessions in the rehab with their care provider anywhere from five to seven days a week. Once the partial program sessions are done for the day, the patient is welcome to return to the daily routine. This makes PHP day programs in rehab particularly well-suited to those with family commitments, such as children to care for. In a residential facility, other care arrangements must be made.
Unlike therapist sessions in an office setting, partial hospitalization in drug rehab is highly structured and focused. The treatment is of the same quality and intensity as that of a residential program. The difference is the supervision of the patient. While this can make it easier for the patient to relapse, it also means that they get the chance to instantly apply the skills they are learning in rehab to their real lives rather than them remaining theoretical until returning home from an extended stay.

How Effective Is PHP

Overall, compliance with partial hospitalization in drug rehab is roughly the same as with general outpatient drug rehab treatment. The main difference is that PHP rehabs provide more intensive and frequent therapies compared to the outpatient rehabs.
Approximately 22 percent of patients will fail to attend all of their sessions in the rehabs, with some of those quitting in full. However, the reasons for failing to attend generally are not attributable to the PHP itself. Common reasons include having a disability that makes getting to the facility difficult, not having the resources to get to the facility on a daily basis, and attending a partial hospitalization program in the drug rehab not tailored to their needs.
Despite how effective these PHP programs can be, they are considered to be underutilized by the medical community. Greater awareness could help patients gain access to the treatment they need in the right rehab facilities.

There are no universal requirements established for who can and cannot be enrolled in a PHP drug rehab program. However, there are characteristics that can help identify those most likely to benefit from such a program and those who will be better served by other forms of drug rehab. 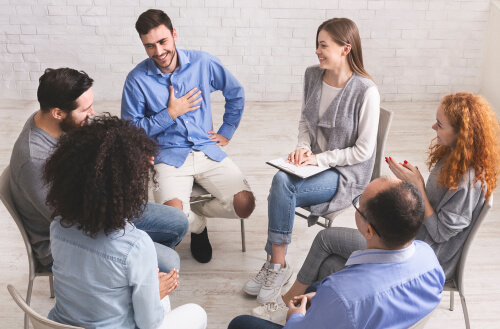 Those who are most likely to succeed in a partial hospitalization program include:

Those who are unlikely to succeed in a partial hospitalization include:

While partial hospitalization programs (PHPs) are not for everyone, but for those who meet the right criteria, they can be the key to a sober life after time spent in rehab.

Partial hospitalization program treatment is not one-size-fits-all; PHP in drug rehab is tailored to the needs of the patient. As such, an individual cannot know exactly what their PHP therapy will look like until they begin their program.

The process will begin with intake. Partial treatment intake includes a comprehensive evaluation that allows the rehab facility to determine if the patient is suited to PHP care and what their specific needs are. This intake assessment generally will include physical, biopsychosocial, and psychiatric evaluations. With this assessment in hand, the staff of rehab will craft a customized treatment plan. 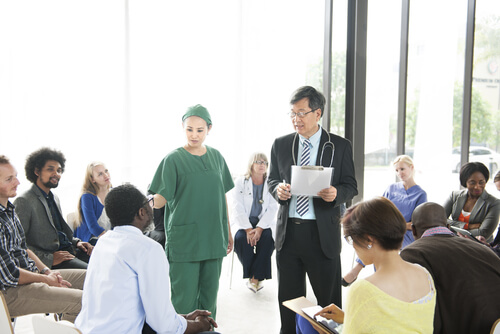 Elements that can be part of a PHP treatment include:

Ultimately, the partial hospitalization program level of care is high and similar to that given in inpatient treatment. The only difference is that there is a clear stopping point each day for PHP addiction treatment, and the patient is not monitored after hours spent in rehab.

There is no universal partial hospitalization program schedule. In some cases, the schedule is determined by the rehab facility or through a collaboration between the staff and the patient. In other cases, the company providing the patient with coverage will have a certain number of hours that must be attended per day or per week in rehab for them to provide coverage

How long a partial program lasts for will depend on the patient. While some may only be a few months, but other patients may prefer to remain in the partial hospitalization program for six months or up to a year. Before the PHP program in drug rehab stops, it is vital that the patient have an aftercare plan in place to prevent relapse and the need for further drug rehab.

How much partial hospitalization programs costs will depend on the program the patient selects and what insurance coverage they have. There are free PHPs that are offered to those who can demonstrate the need for them; in most cases, they are provided by free addiction centers or state-funded rehab facilities. Additionally, many insurance providers will cover the partial hospitalization program cost in part or in full. This includes Medicaid.

If a patient needs to pay for treatment out of pocket, they can expect to pay a minimum of $3,000 per 30 days of treatment. This cost can increase to as much as $10,000 per 30 days, depending on the rehab facility and therapies needed. However, people with substance use disorder should not be deterred from seeking treatment based on drug rehab costs. There are many rehab facilities available, and the right fit is out there.

PHP vs. IOP: Comparing The Two

For those who are not overly familiar with drug rehab programs, partial hospitalization and intensive outpatient programs might sound like they are the same. They both offer tailored therapy while allowing the patient to return home each day, and they both have been demonstrated to be effective forms of drug rehab.

However, there are some key differences between partial hospitalization programs and intensive outpatient drug rehab that could make one better than the other for patients. They are as follows.

When evaluating an IOP vs. PHP for treatment, it comes down to the needs of the patient. In some cases, it might not even be a matter of one over the other; choosing partial hospitalization vs. intensive outpatient may be better approached by planning to complete one and then the other as a form of step-down therapy.

PHP treatment is an excellent drug rehab option for those who need intensive care but cannot be in a residential rehab facility. As long as the patient has the means to get to the treatment facility each day, has the support they need, and is in a good position to start the partial hospitalization program, they are an excellent candidate for treatment. There are numerous partial programs available, and patients just need to find the one that works best for them.