What Is Seroquel Used For: Why Do People Get Prescribed Seroquel?

What is Seroquel used for? Quetiapine fumarate, the primary compound that gives potency to Seroquel, has been specifically approved in the United States and Canada for the management of three specific psychiatric conditions only: schizophrenia, bipolar disorder, and major depressive disorder. Although it is unusually popular as a Seroquel sleeping pill, this medication belongs to atypical antipsychotics class.
Nevertheless, Quetiapine prescriptions for insomnia have risen dramatically in recent years. For several years now, experts have expressed concern over off-label uses of Seroquel. For the most part, Seroquel off label uses are highly discouraged primarily because side effects may not be fully understood and, thus, risks for treating with or without quetiapine may not be adequately weighed against potential benefits.

What Is Quetiapine Used For?

Quetiapine is sold in the market in its regular and extended-release forms. Seroquel classification as an atypical antipsychotic means that its mechanism of action involves influencing brain activity, particularly changing brain chemistry to help regulate mood. First released in 1997, quetiapine is deemed as a safer medication highly recommended for use among patients exhibiting high sensitivity to other drugs alternative to Seroquel like Clozapine and Olanzapine. 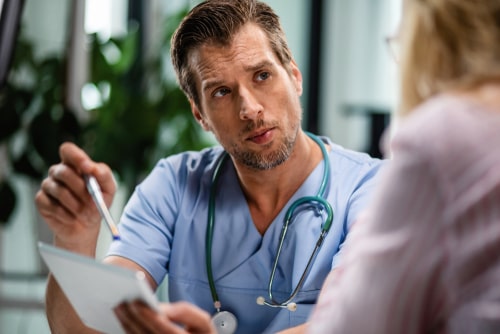 The FDA has approved only three mental health conditions that justify quetiapine fumarate prescriptions. FDA approved Seroquel uses are explained in detail below:

Schizophrenia is a mental illness where thoughts, emotions, and behavior do not follow a rational pattern. This lack of mental coherence results in delusions and strong and often inappropriate emotions. Quetiapine aids in managing schizophrenia by restoring a desirable balance of dopamine and serotonin.

Quetiapine for depression is recommended as an adjunct treatment. This means that Seroquel is combined with other antidepressant drugs to help manage Major depressive disorder.

According to the National Alliance on Mental Illness (NAMI), there are also unapproved quetiapine uses that have been demonstrated to be beneficial and generally outweigh risks commonly associated with quetiapine. Some of these conditions are listed below.

Post-traumatic stress disorder is a psychiatric disorder that typically develops among individuals who have experienced violence or traumatic environmental events. Seroquel benefits PTSD sufferers when taken as an adjunct treatment.
In a study by Ahearn et al., patients who had significant symptoms of PTSD were found to benefit the most when quetiapine was added to their treatment regimen. 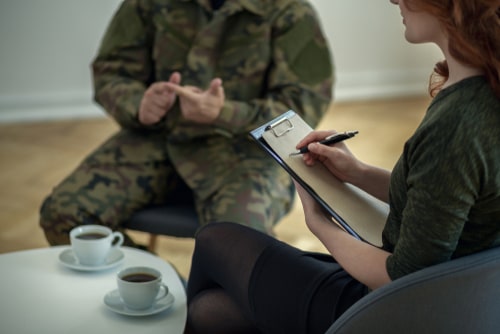 In a study conducted by Maneeton et al., the researchers found that quetiapine may be beneficial for patients suffering from Generalized Anxiety Disorder (GAD). Seroquel for insomnia and anxiety may be considered as alternative treatments. However, the researchers cautioned that even low doses of quetiapine to treat these conditions might lead to adverse side effects.

Obsessive-Compulsive Disorder is classified as a mental health disorder where the person affected exhibits an obsession, an urge, which drives this person to act on it repeatedly.
Findings of a study published in Savvy Psychopharmacology, however, showed that Seroquel used for the treatment of OCD did not demonstrate significant improvements. On the contrary, OCD symptoms appeared to worsen between Weeks 4 and 12 of adding quetiapine to an OCD regimen.

Physicians now also routinely prescribe quetiapine as a treatment for a wide range of non-psychiatric conditions.

Increasing off-label uses for Seroquel, with an unusually high incidence of using Seroquel as a sleep aid, has become alarming. This is because of the following reasons:

Seroquel For Sleep (for insomnia)

Based on the findings of Pringsheim and Gardner, the use of quetiapine for insomnia increased ten times between 2005 and 2012, almost all of which were written by family physicians. This makes quetiapine for sleep one of the Top 4 uses of this drug, following its three approved applications. 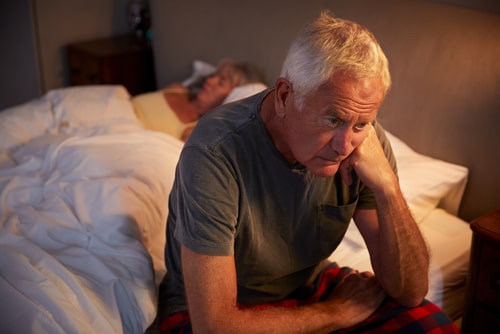 The sedating effect of quetiapine is what has catapulted it to fame as a treatment for a sleep disorder. Although typically prescribed at low Seroquel dosage for sleep, this does not discount the fact that even low Seroquel doses may cause more harm than good. As Anderson and Griend pointed out, efficacy and safety studies are lacking, many other drugs have been approved for the treatment of insomnia, and that there are no guarantees that taking quetiapine fumarate for sleep disorders result in benefits that clearly outweigh the risks.

In 2015, the FDA warned that quetiapine use among older adults who have dementia might increase the incidence of death. Despite the warning of authorities, however, Seroquel and dementia continue to be associated with each other. Although some experts claim that the use of quetiapine among older adults with dementia is used as a last course of treatment when other treatment options have failed.
Huybrechts et al. demonstrated how quetiapine and other antipsychotic drugs could increase the risk of death, one of several side effects of Seroquel when used by older adults. The study also concluded that the risk of mortality increased in large doses, although the least risk was observed for quetiapine.

Although Seroquel for Alzheimer’s is a generally accepted use for this drug, the use of antipsychotic medications, including quetiapine, requires in-depth consideration and extreme caution. The drug may be prescribed for managing antipsychotic behavior that includes hallucinations, delusions, hostility, agitation, and aggression.

Due to its sedating effect, the same quality that makes Seroquel dosing for sleep an immensely common practice, taking Seroquel to manage agitation has also been cited as a common cause for prescribing this drug. Nonetheless, there is no sufficient proof that quetiapine helps improve agitation, even among older adults affected by dementia.

There is some evidence, although not conclusive, that low-dose quetiapine may help regulate aggression among autistic adolescents. This was demonstrated in a study by Golubchik, Sever, and Weizman. The researchers also concluded that the use of Seroquel and sleep quality improvement might be an added benefit.

Seroquel for the treatment of migraine is one of several growing number of reasons for prescribing quetiapine. Evidence suggests, however, that dopamine blockers such as quetiapine may lead to the development of Parkinson’s disease or other muscle-related side effects such as Extrapyramidal Effects (EPS) and Tardive Dyskinesia (TD). 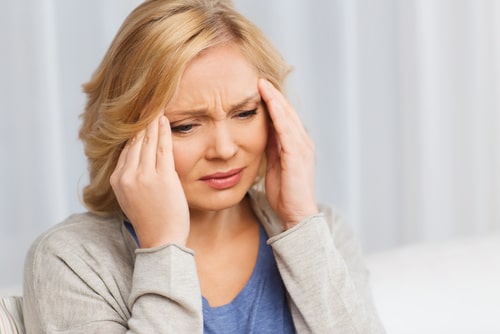 There have been studies highlighting the benefits of adding quetiapine to the treatment regimen of schizophrenics. Scientists demonstrated evidence that quetiapine lessened the frequency of panic attacks among three patients who have been clinically diagnosed for schizophrenia. Nonetheless, evidence remains limited and inconclusive.

There is almost no study available that either supports or rejects the use of this drug to relieve pain.

More recently, using Seroquel for opiate withdrawal has been explored. The sedative properties of quetiapine that have even medical professionals treat quetiapine as a  sleeping pill, its positive effect on mood, and potential for reducing cravings are the top three qualities that are attracting more experiments about quetiapine’s potential as a medication to aid in opiate withdrawal.
To date, there remains no compelling evidence to suggest using quetiapine for this purpose significantly outweighs the risks. Associated risks include physical dependence, intense withdrawal symptoms, and increased threat to life and limb.

AstraZeneca, the Seroquel manufacturer, has already been fined $520 million following a civil suit filed by federal and state entities. The fine was due in part to false marketing claims about the approved uses of this medicine.
Whistleblower accounts accused AstraZeneca of producing ghostwritten studies that favor off-label uses of Seroquel, as well as selling the drug to physicians who do not typically deal with psychiatric conditions. The result is opening a can of worms that eventually made it widely prescribed for a broad range of conditions: Seroquel for anxiety and depression, Seroquel XR for sleep, and for OCD, among others.
Despite Seroquel cost being significantly more expensive than generic quetiapine counterparts, drug sales were reported to be worth $3.6 billion in the years following the lawsuit, 2014 to 2016. This made Seroquel the Number 2 cash cow of AstraZeneca. 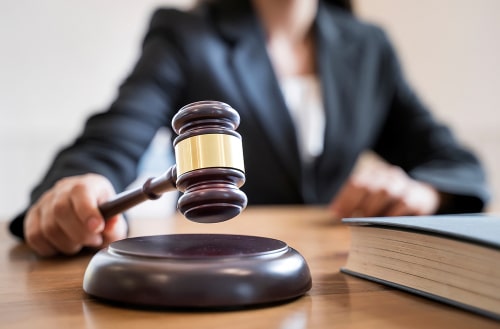 Despite agreeing to pay the fine, AstraZeneca continues to deny allegations about irresponsible marketing. In 2019, the company sold its commercial rights to this drug as part of its strategy of divesting the brand following patent expiration.

There is a long list of side effects anybody who has been prescribed quetiapine must be well-informed prior to taking the drug.  Under the following circumstances, Seroquel use implies greater risk than any potential benefit:

The following conditions as High blood sugar, diabetes, Parkinson’s Disease, and TD may develop as quetiapine is used over prescribed time. 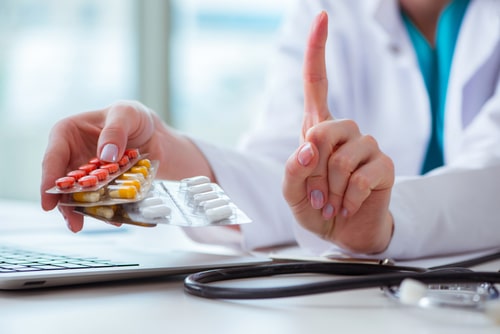 What Should Quetiapine Patients Avoid?

Also, take note of things not to do with Seroquel:

In the finer scheme of things, quetiapine use may offer more life-changing benefits when used properly for conditions it is meant to improve. Although there is a general understanding that medical practitioners may exercise professional discretion when prescribing this drug, particularly for off-label uses, patients have the right to ask further information about alternatives, benefits, and side effects. After all, much of this information is already available online.
Keep in mind that a patient is ultimately responsible for their own health and well-being. If a patient eventually decides to take quetiapine, they must do so in strict compliance with the doctor’s orders. Except for the conditions mentioned before, quetiapine is known to cause addiction in patients. Symptoms of addiction to quetiapine should not be taken lightly. Addiction treatment specialists should examine a patient with such symptoms. If addiction takes place, a patient should contact a rehabilitation center to enroll in a treatment program as soon as possible.