Ayahuasca history dates back centuries although there is not enough documentation to provide an exact timeline. Interestingly researchers into the history of the tea and it’s rituals have created a resurgence among themselves which has spread a ‘craze’ for trying the tea among the public.

A  local hallucinogenic beverage which is popular with the indigenous people of Peru and other South American countries to use in ceremonies. They prepare it by boiling a plant Banisteriopsis caapi, which is another name, used for Ayahuasca which educes changes to the brain.
Synonym: caapi and yagé.

How Ayahuasca Effects One Mind

It contains many active compounds such as harmine, harmaline, and tetrahydroharmine which can change a person’s thoughts, mood, and level of consciousness.. The active ingredients do this by blocking the activity of an enzyme: monoamine oxidase (MAO) in the brain. MAO functions by breaking down many different brain chemicals, so scientists call them monoamine oxidase inhibitors (MAOIs).
Another compound called dimethyltryptamine (DMT).  also contributes to the mind-altering effects. This is found in the plant Psychotria Viridis which is added to the leaves to Ayahuasca to achieve a more intense effect. The effects of Ayahuasca is frequently compared with Ibogaine which has very similar affects on the human mind.

Ayahuasca History: When It Started?

The origins and history of Ayahuasca is still somewhat of a mystery. In fact, it was only after the 1950s that interest peaked in this “magic” beverage and it was during this time it became known in the western world.
Although only a little information is available about its origin.and lacking any conclusive documentation, many researchers believe the drugs use began in prehistoric times. This might give reason to why Ayahuasca history is divided into two parts: the prehistoric era and then the modern era.

Key People And Works That Have Shed Light On Ayahuasca History

Richard Spruce (1817-1893) was an English botanist and was a pioneer in documenting Ayahuasca history. Thus, many consider him as the first person who introduced it to the western world. He named the plant Banisteriopsis caapi and subsequently many chemists isolated the active compound from the plant and went on to called it telepathine although today is now called harmine. 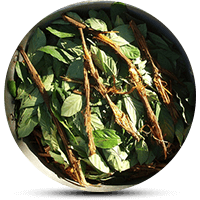 Richard Evans Schultes (1915-2001) who many consider as the father of modern ethnobotany was an American biologist. His work focused on the study of hallucinogenic plants including Ayahuasca. indeed he was first person to study its details along with the DMT-containing plant Psychotria Viridis.
Plutarco Naranjo Vargas (1921-2012) was an Ecuadorian scientific researcher. In 1983, he published a book Ayahuasca: Etnomedicina y mitología.
Fred Alan Wolf (Born 1934) was an American physicist whose work focussed on science and the relation between physics and consciousness. He is the author of the publication The Eagle’s Quest: A Physicist Finds the Scientific Truth at the Heart of the Shamanic World. It has been reported Wolf participated in the Ayahuasca ceremony although the accuracy of this information is debatable..

Again as evidence is limited only a rough guide to Ayahuasca history can be gleaned from folk tales. Some say local people of the Amazon may have been using it for more than 5000 years but some believe only for at least 3000 years.

Other available documents suggest the practice of combining it with DMT-containing plants did not begin earlier than the eighteenth century.

In recent years. Ayahuasca has gained significant attention in the scientific community. due to its ability to alter levels of consciousness. Interestingly, tests have begun on the active component Harmine to establish any potential to treat different mental illnesses.
Here are some recent study results on its potential effects on mental health.

Ayahuasca use in the US is rising especially young males. And although it is safe in most cases, warning are given to users about any serious side effects.