Delirium tremens (DTs) is the most severe side effect of alcohol withdrawal. The symptoms are not only hard on the body and psyche of the sufferer but are also disturbing for loved ones who witness the process without fully understanding it. Terrifying thoughts rush through the mind: Are they dying? Will they have permanent brain damage? Was it the right decision for them to quit alcohol?

This article will help to understand what delirium tremens is and how to prevent its onset when a loved one tries to quit alcohol. It should also help to learn how one can recognize the symptoms of DTs, so one can stay calm and do what is right at that moment, should it ever become necessary.

What Is Delirium Tremens?

Delirium tremens is the sudden onset of severe and abnormal mental and neurological changes. It usually follows a period of withdrawal from alcohol, typically in people who have had a high alcohol intake for over a month. However, the symptoms of DTs can also occur in alcoholics who have contracted an infection or have suffered a head injury.
According to the American Academy of Family Physicians, delirium tremens symptoms usually occur 48 to 96 hours after having the last drink.  In rare cases, the symptoms may show up even 7 to 10 days after the last drink. Signs of delirium tremens are common in chronic abusers of alcohol or in long-term alcoholics who quit “cold turkey.”
According to the National Institutes of Health, heavy users of alcohol are people who have been drinking more than 5 pints of wine or beer or a pint of hard liquor every day for several months.

Delirium tremens is a potentially life-threatening condition and a medical emergency.

Delirium tremens (also called the DTs) is a set of symptoms marking an abnormal change in the mental and neurological state of a person who is an alcohol addict. A person suffering from the DTs may experience paranoia, seizures, hallucinations, sensitivity, and disorientation, just to name a few symptoms. This condition typically occurs in people with a regular high intake of alcohol who suddenly stop, triggering alcohol withdrawal. But it can sometimes also occur in people who have had a head injury or severe infections.
The following are risk factors for DTs:

Common symptoms of delirium tremens include:

The symptoms of delirium tremens alcohol withdrawal can worsen if they are not managed and treated promptly. For example, hallucinations and seizures can lead to injuries and accidents. Besides, seizures themselves can be life-threatening. Fear and paranoia can drive a person to commit violent activities. Unchecked tachycardia (rapid heartbeat) can cause a cardiac arrest.

The Causes of Delirium Tremens

There is no definitive answer to what causes delirium tremens, however the most commonly accepted 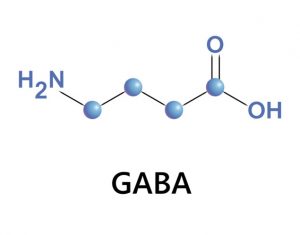 theory according to the medical delirium tremens definition is that excess alcohol consumption interferes with the body’s regulation of a specific neurotransmitter, gamma-aminobutyric acid-A (GABA).
In heavy drinkers, the body mistakes alcohol for GABA and therefore reduces its production of it. This means that when that person slows their drinking habits, the body then believes there is no longer enough GABA to function, which causes tremors.
In addition to occurring when a person decreases their drinking habits, quitting alcohol entirely or not eating enough while trying to quit can also cause delirium tremens. This is because alcohol has a lasting effect on the brain’s neurons, one that triggers an excitatory state when its presence is removed. This process can then take months to reverse and can cause an array of problems.

How long do delirium tremens last? Well, there is no definite length of time for a DT episode to last, as it changes from person to person, depending on variables such as BMI (body mass index), length of time drinking, and one’s overall state of health

Other causes of delirium tremens are things like head injuries, infections, and illnesses in alcoholics. In these cases, the illness triggers the same process that would occur in alcohol withdrawal delirium tremens. However, some DT causes such as diabetes and vitamin deficiency are unrelated to alcoholism, so one should always be honest with a doctor, to make sure all possible causes are considered.
Those who have suffered from delirium tremens in the past are predisposed to suffer from them again. Recurrences of delirium tremens are often treated with a drug called Acamprosate to prevent relapses and recurring episodes of DT’s.

The primary risk factors for DTs include:

What To Do If Someone Is Experiencing Delerium Tremens? 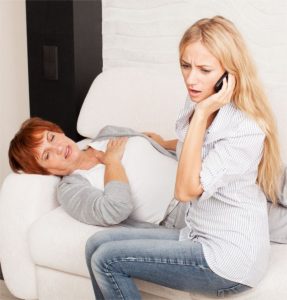 Call 911. This is the FIRST thing to do if someone has DTs. DTs can be fatal. DON’T wait or assume that the symptoms will go away on their own.
As one waits for medical help to arrive, make sure to DO the following:

Because the person is probably not able to think clearly or speak coherently, be prepared to answer the questions that doctors will want to know about his or her drinking habits and substance abuse history, such as: 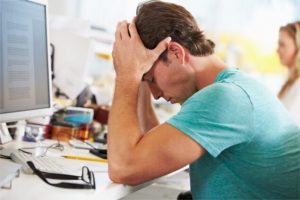 Delirium tremens can often be difficult to identify. However, there are certain symptoms to look out for to make sure to get the help a loved one may need.
Symptoms tend to show themselves within 72 hours of the person’s last drink, although they can begin as late as 10 days after.
If a loved one exhibits at least two of the following symptoms after reducing alcohol consumption, they are showing signs of alcohol withdrawal:

Those who have a history of alcohol withdrawal symptoms are more likely to experience delirium tremens, so take extra care and be vigilant for indications of DTs.
The signs of DTs are:

The signs of delirium tremens may also mimic and replicate those of other dangerous disorders, so these other disorders may need to be proven incorrect before a formal diagnosis of DT is made. Due to the seriousness of DT, the time that this “ruling out of other causes” process can take reinforces the importance of seeing a doctor or health professional as soon as possible. A quick diagnosis may also allow avoiding symptoms in extreme cases such as seizures and deep prolonged sleep, which can, in time, become more dangerous. One of the most important factors to avoiding misdiagnosis is ensuring that there is no evidence of any neurocognitive disorder in the person who seems to be suffering from delirium tremens symptoms.
Delirium tremens death. Due to recent advances in the diagnosis of delirium tremens, the mortality rate has dropped from 35% to 10%. However, it is still vital to recognize the symptoms, and as early as possible. Once a visit a health professional is arranged, they will ask a range of questions about general health, history with alcohol, and how recently has one stopped drinking. A patient will also be asked if they have ever gone through withdrawal previously, as well as what the current symptoms are/have been. This is how other potential conditions will be ruled out, to avoid misdiagnosis.

Although it is theoretically possible to provide delirium tremens treatment at home, this is rarely recommended because the most effective treatment for DTs can only be provided in a hospital setting. The primary goals of these in-hospital treatment programs are to:

1. Keep the person calm and safe till the symptoms of DTs wear off

The person may need to be sedated until the symptoms wear off. Being sedated keeps him or her injury-free and safe. Benzodiazepine medications like lorazepam or diazepam are sometimes administered.

Some symptoms of DTs have to be managed with medication to prevent them from worsening and triggering life-threatening complications. For instance, seizures and abnormal (rapid) heart rate have to be treated promptly.

3. Diagnose, manage, and treat co-occurring physical and/or mental disorders, if any, to prevent complications

Antipsychotic medicines can be prescribed to manage any underlying psychiatric condition that would otherwise aggravate the symptoms of DTs. For example, after assessing the risk for seizures, haloperidol is sometimes administered to people who have been diagnosed with schizophrenia.

When a person who is a known alcoholic and is exhibiting the symptoms of DTs is admitted to a hospital, he or she is also examined for underlying medical conditions.

Chronic alcohol users often suffer from a host of physical disorders like alcoholic liver disease, alcoholic cardiomyopathy, alcoholic neuropathy, and Wernicke-Korsakoff syndrome. So in addition to treating the DTs symptoms, doctors may also administer therapies to manage the other physical disorders.

If the symptoms are left untreated, DTs can have a mortality rate of up to 35 percent. But with early detection and prompt delirium tremens treatments, the mortality rate is less than 2 percent. Although all symptoms eventually subside with proper treatment, some like fatigue, sleeplessness, and mood swings may persist for up to a year.

A long-term DTs prevention treatment program is usually built around the following strategies:

Delirium tremens meaning – it’s a warning. The key to preventing a reoccurrence of DTs is not only in quitting alcohol but also continuing to stay away from it.

No alcohol withdrawal symptom should be ignored. Some might resolve on their own, but many like seizures and abnormal heart rhythms don’t. The effects of DTs can worsen and trigger life-threatening complications if not treated promptly.

If a loved one, is going through DTs, remain calm. Keep in mind that hallucinations and disorientation do not signal permanent brain damage. Nor do tremors and breathlessness signal dying. Call 911, and stay near the person till help arrives.