What Is Dual Diagnosis: Addiction and Mood Disorders

Dual diagnosis is a term used for individuals who suffer from two or more conditions simultaneously. These conditions may be some medical disease, substance abuse, or some mental illness. Many individuals who have substance abuse problems also have an associated mental health condition or behavioral disorder and vice versa. In many situations, mental and behavioral issues become the underlying cause of addiction and substance abuse. Therefore, proper diagnosis of all co-occurring conditions is just as important so that the patients can be provided with the best services and care at a professional treatment center. Read along further to determine what dual diagnosis is, dual diagnosis treatment, co-occurring mental disorders, and psychological disorders.

Dual Diagnosis is a term used to describe cases in which a person has problems with drug or alcohol abuse in addition to a separate diagnosis of mental illness such as anxiety, depression, or PTSD.

Studies have shown that up to half of patients with mood disorders use drugs or alcohol to cope with their illnesses. Individuals with such a diagnosis often have different combinations of co-existing mental and psychological disorders. Each combination has its own set of side effects and reactions that affect the substance abuse problem’s diagnosis and treatment. Therefore, timely and accurate diagnosis is highly pertinent for the treatment to be effective.

Dual Diagnosis Vs. Co-Occurring Disorder: Is It The Same?

Dual Diagnosis is used when someone has two or more conditions occurring at the same time, whether they are physical or mental. For example, a person with diabetes and hypertension can be considered as having a dual diagnosis. 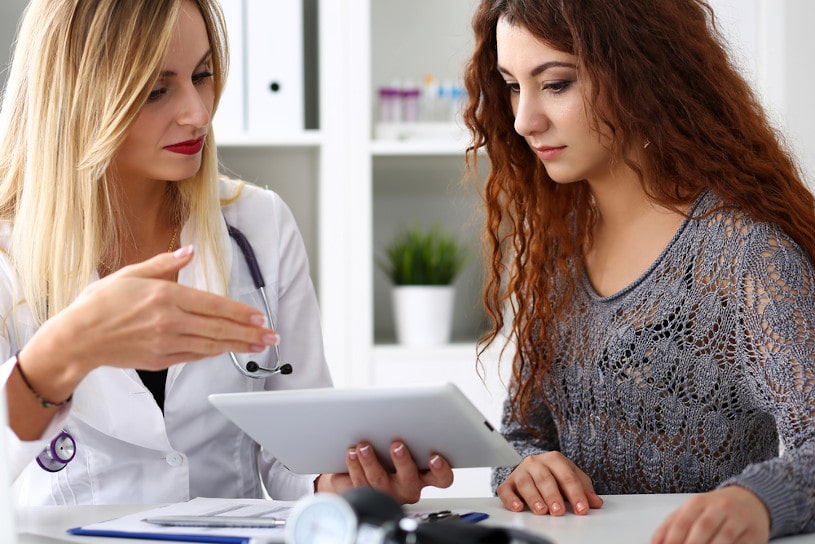 There are various reasons one may become a drug addict while also dealing with a mood disorder. These different causes are discussed below:

According to studies, many mood and psychological disorders are genetic, and they are often something a person is born with. Anxiety disorders, such as obsessive-compulsive disorder and bipolar disorder, often run in families.

Mood Disorders Such as Depression and Anxiety

Those who are plagued by a psychological disorder may begin using drugs in an attempt to self-medicate – the tactic many drug users employ to help reduce symptoms of anxiety or depression.

In other cases, depression and drug use may be related to a physical disorder or a chronic health condition. For instance, someone with chronic pain may become depressed after dealing with their health issues. They may also be prescribed pain killers, which can lead to an addiction to prescription drugs. 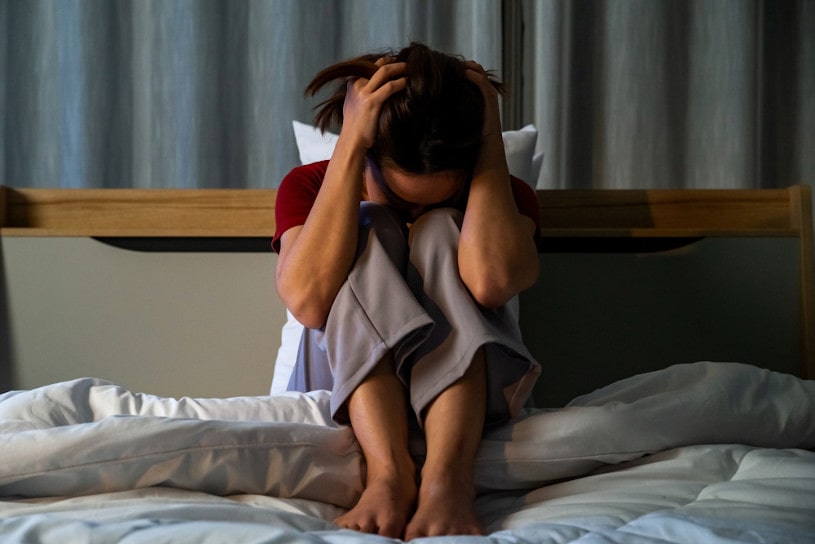 People suffering from post-traumatic stress may start to self-medicate, which may result in addiction and vice versa. This phenomenon is most commonly seen in veterans who usually show a diagnosis of PTSD, psychological disorders, and substance abuse.

Some brain abnormalities such as the part that deals with psychosis can cause increased sensitivity to dopamine, which may cause users to increase doses of their medication, increasing their psychosis, leading to more drug use, and the cycle continues.

People who have endured some form of physical or mental stress during their lifetime may be left with depression and psychological disorders, which make them more at risk of taking on drug abuse at some point in their lives.

A mood disorder is an illness of the brain. Chemicals that usually regulate mood, memory, and other functions do not work properly. Sometimes there is too much or too little of a certain hormone, such as serotonin or norepinephrine, or sometimes those chemicals are not released at the correct time or in the correct amounts. For instance, someone with anxiety may experience high levels of certain hormones usually required during times of danger, such as adrenaline. While necessary during the “fight or flight” response (the rush adrenaline which allows one to run faster or fight off an attacker) about danger, adrenaline and other stress-related hormones can cause serious issues when released at inappropriate times. Patients with anxiety disorders may feel panicky, fearful, or stressed out all the time, rather than just when warranted. 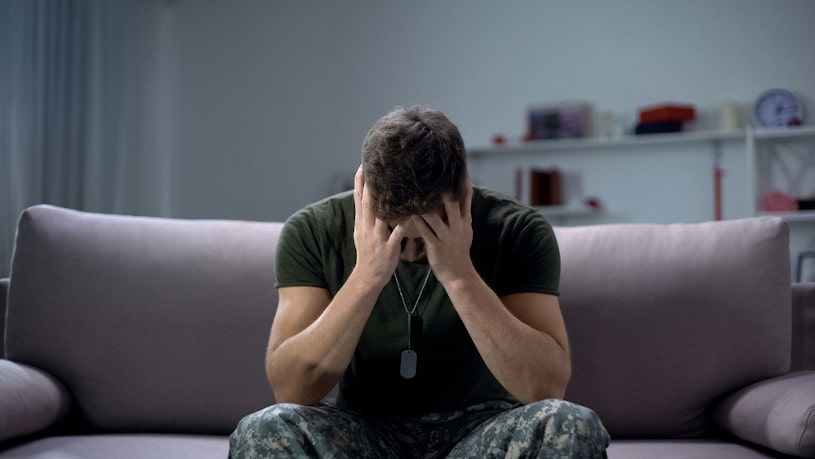 Some of the most common mood and psychological disorders associated with addiction are listed below:

Let’s have an in-depth look at a few different mood disorders that commonly occur with addiction.

Anxiety is a mental illness that can affect almost everyone. It can come in different forms. However, the most common is generalized anxiety disorder (GAD) and characterized by frequent worrying. Their worrying state seems to increase for no reason at all. Anxiety affects an individual’s well-being, both physical and mental, and can lead to other psychological disorders.

Anxiety and Drug Abuse: Are They Intertwined?

People who are suffering from anxiety are likely to abuse drugs, as shown in various studies. Furthermore, this can lead to addiction. In fact, they often use drugs and alcohol to alleviate symptoms such as excessive worrying or feeling of agitation.

Among the most commonly abused substances is alcohol. If a person’s alcohol abuse becomes chronic, it could make the problem worse. In fact, the side effects of alcohol withdrawal are similar to the symptoms of anxiety disorder.

It may Include the Following:

Some of the most common signs of an anxiety disorder include the following:

Some of the risk factors that might increase one’s chance of developing an anxiety disorder are listed below: 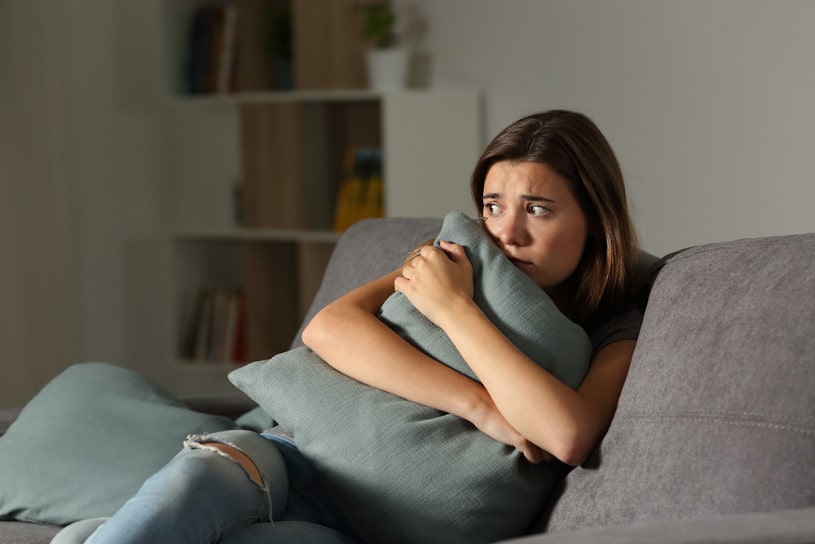 Disruptive behavior disorder (DBDs) covers some mental disorders present in children and adolescents. Children with DBD often have difficulties at home and school and may manifest in the form of aggression, anger, and defiance. In fact, some children with DBD may also develop drug abuse and addiction later in life. Moreover, an adult with DBD also has a higher risk of becoming a criminal or physical assault.

Disruptive Behavior Disorder and Substance Abuse: What Do Studies Suggest?

Research finds that adolescents with this combination fall back to being addicted a year after treatment. In addition, the duration of abstinence from drug use is shorter in adolescents with co-occurring DBD and substance abuse. This is when one compares it with those who have only drug abuse problems. Furthermore, children who have both ADHD and CD have a greater risk of abusing drugs later in life.

The signs and behaviors that may be associated with either ODD or CD include:

Some of the risk factors associated with a disruptive behavior disorder and substance abuse are listed below:

When one compares the coexistence to a single illness, they pose a greater risk to the patient. Furthermore, it increases the incidence of drug addiction. A recent study shows individuals with BPD crave alcohol more than social drinkers.

Borderline Personality Disorder and Addiction: How They Co-Exist?

The Self-medication hypothesis shows many symptoms of borderline personality disorder as major influences for drug addiction. In fact, people with those symptoms abuse substances such as opioids to feel good and achieve mental stability. Over time, drugs begin to take control of the brain, and addiction eventually sets in. 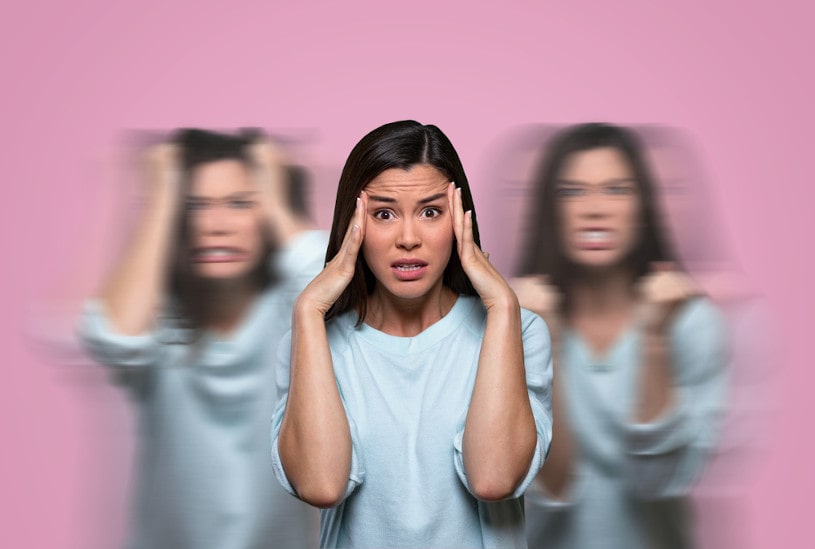 According to the Diagnostic and Statistical Manual of Mental Disorders (DSM), the symptoms include:

Some of the risk factors for BPD include the following:

Bipolar disorder is a severe mental health problem that is characterized by manic and depressive episodes. It is also known as manic-depressive illness, which can cause shifts in mood, energy, and activity levels.

Bipolar Disorder And Drug Addiction: Do They Co-Exist?

According to many studies, more than half of people with bipolar disorder have an addiction problem. Substance abuse occurs more often amongst the elderly than in young adults with bipolar disorder. The reason for this devastating data might be that people with the illness tend to self-medicate with drugs and alcohol. For example, during manic episodes, one might try to calm themselves with sedatives, or during the depressive episode, they may try certain central nervous system stimulants. 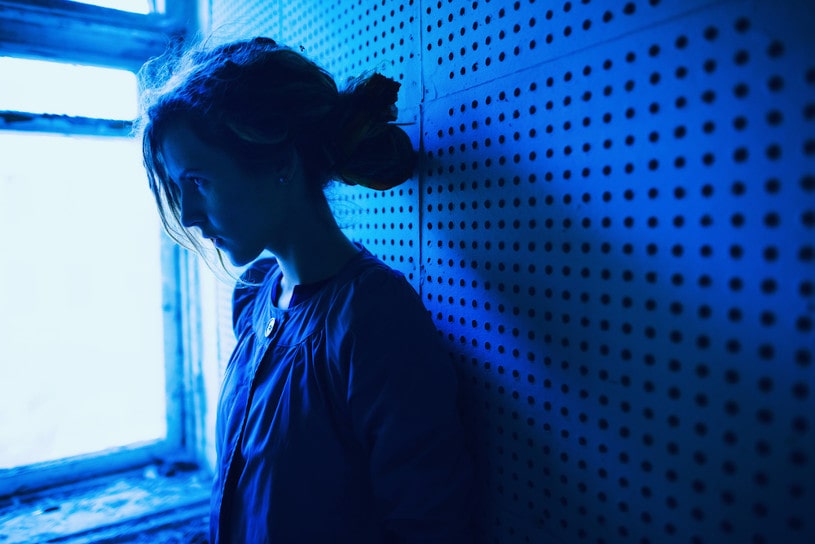 The truth is that illicit drugs or alcohol actually worsen the symptoms of bipolar disorder. Prolonged use of drugs may intensify the symptoms, perpetuate the episode, and even make a person suicidal.

Both bipolar and substance use disorders can cause atypical levels of dopamine and serotonin in one’s brain. Due to the many overlapping symptoms of this illness and substance use, it is very difficult to determine where one problem starts and the other ends. Therefore, for the treatment of co-occurring disorders, a team of experts would need to collaborate with the patient and family members.

Some of the most common symptoms of bipolar disorder are:

Some of the most common risks of developing bi-polar disorder are:

Dual diagnosis treatment is a complicated process since there is no single treatment that can assure a cure. However, a careful assessment of the symptoms and their relevant addictions make up the core of the treatment. Ultimately, it will be a team effort. Active participation of the patient, family members, and many different healthcare professionals is crucial.

As with other illnesses, treatments that start early have higher chances of doing well. Doctors will design it to improve and stabilize the patient’s life. Furthermore, a combination of psychotherapy and drug therapy may help the patient.

Because those who have co-occurring conditions suffer from more than one condition, each illness must be treated independently. Mood disorders can be treated with medications, counseling, and self-help therapies. Drug addiction usually involves a period of detoxification, followed by intensive counseling, group therapies, and other therapies.

Due to the complicated nature of co-occurring conditions, an inpatient facility is always the best option for dual diagnosis treatment. Consequently, the patient will enter a dual diagnosis treatment facility or any other rehab facility and go through a combination of extensive psychiatric treatments. Unlike outpatient counseling, patients are monitored and supervised carefully, lowering the instance of relapse. They are also given a combination of medical as well as psychological therapies to ensure they have the proper balance. Patients are also fully monitored during detox, which can be a dangerous period for those coming off highly addictive and potentially lethal drugs.

Research is being carried out all around the world to discover better treatments for co-occurring. Some of the psychotherapies that may be carried out at a dual diagnosis treatment facility that have shown favorable results are as follows:

Co-occurring disorders can be a crippling condition. It generally prevents the person from living normal lives and affects their loved ones negatively. However, there are many dual diagnosis treatment options for all kinds of associated conditions. Patients can get enrolled in a national dual diagnosis treatment facility or rehabilitation center that provides all the services and support to patients to help them regain control of their lives. Through such professional help and care, patients can lead a sober and fulfilling life.