Probuphine is a medication delivery system designed to help opioid addicts manage their addiction. A buprenorphine implant releases a medication that helps to curb cravings for opioids, reducing the likelihood of abuse. The Probuphine implant ensures that users cannot forget to take their medicine, nor can they take too much of it to misuse it. It comes as a Probuphine implant kit, and the device is inserted and removed by a medical doctor when needed.

The medication is a buprenorphine implant, delivering steady doses of the drug to the user. These implants are classified as mixed opioid agonists-antagonists and are available by prescription only.

Probuphine is a scheduled substance due to its primary ingredient, buprenorphine. It is classified as a Schedule III drug by the DEA. This means that it has significant therapeutic applications but also has a risk of abuse.

When patients get a new buprenorphine implant, they have four different implants placed. They are short and tubular and are placed in the arm of the patient. While they can be felt under the skin, they are not readily visible, allowing the user to keep their use of the implant for treating substance addiction a secret at work and in other facets of life.

Probuphine FDA approval has been in place since 2016. This approval was given after clinical trials proved the drug to be both safe and effective for the treatment of opioid dependence in persons who already saw good results with buprenorphine in pill or film form. The FDA noted in their press release announcing their approval that having the medication in implant form addresses concerns regarding misuse, selling, and theft of pill and film forms of the medication. The official release date was May 26, 2016. 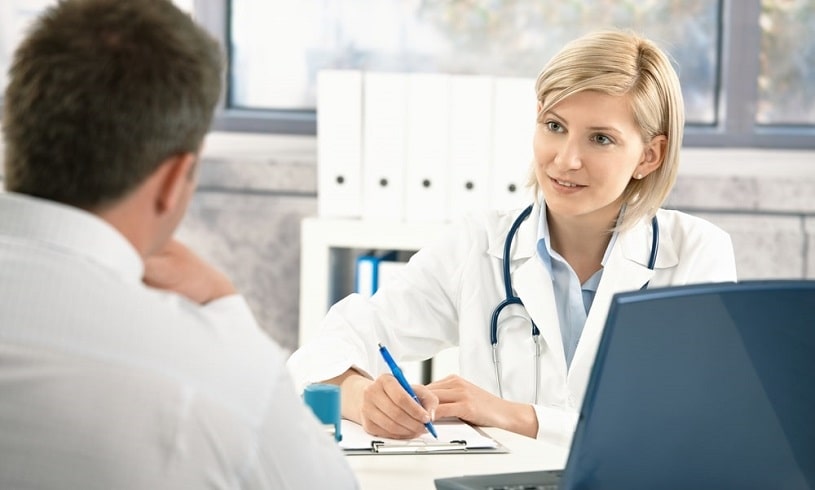 Probuphine implant approval was revolutionary at the time, as it gave addicts and rehabilitation centers a safe and robust alternative to conventional medications. For example, those who do not respond well to Naltrexone could be switched to the implant. Probuphine FDA clearance also meant that it was more likely to be covered by insurance than other implants that are considered experimental. However, this approval does not mean it is perfectly safe in all cases, and patients should be aware of that.

What Probuphine Is Used For

It is used for opioid addiction treatment. It is only meant to be prescribed to patients who have already seen success with addiction management using another buprenorphine medication, such as Suboxone. Off-label uses are also being studied, such as the use for chronic pain.

The placement of buprenorphine implants is done by a medical professional, usually in an office setting or at a rehabilitation center. Injecting is done using a particular instrument and under local anesthetic. How long it lasts is roughly six months, after which it must be removed and replaced.

It should be noted that Probuphine expulsion is possible should the body reject the implant. It also may migrate away from the site where it was initially placed. Users must carefully monitor the implants and notify their doctor if they feel it is being rejected or migrating.

For doctors to prescribe the medicine over other medications, such as Methadone, it must offer clear benefits. The primary benefits of implant buprenorphine come down to how the drug is administered. Because of its form, users cannot manipulate the medication to abuse it. Nor can they forget to take it or have it stolen.

Buprenorphine effectiveness has been documented for more than a decade, starting with clinical trials by Titan Pharmaceuticals. The success rate of Probuphine is impressive. At the time of FDA approval, studies showed that 89 percent of users remained clean of opioid use after six months—the point at which the implant must be replaced. Buprenorphine on its own is a success in opioid addiction treatment, decreasing heroin overdose deaths in Baltimore by 37 percent. By removing the chance of discontinuing use or forgetting doses, the implant can only improve these statistics.

Ultimately, the Probuphine opioid implant is an effective way to manage certain addictions. However, it will not be the right choice in all cases.

Probuphine Risks and Side Effects

Probuphine side effects are numerous. For many users, the risk of experiencing them is worth it. For others, these effects are enough to discontinue use.

Common Side Effects Include:

The majority of these side effects are mild and go away after the body adjusts to the implant. However, some carry serious risks. For example, numbness and tingling can indicate nerve damage, which is why there is a black box warning regarding neurological side effects, up to and including death.

Other risks must be considered, as well. For example, buprenorphine and liver disease are contraindicated, as the medication can worsen the illness. Other complaints include itchiness not unlike that experienced when withdrawing from opioids, fatigue that prevents the user from living a productive life, and severe depression, leading to suicidal thoughts.

Depending on how a user responds to the implant, they may need to have it removed. Users who stop the use of the drug should keep Narcan on hand in case of a relapse and overdose.

The buprenorphine implant is known to have interactions with other medications and substances, including alcohol and street drugs. Users should never take medication, drink, or engage in drug use while on the medication unless their doctor indicates that there is no risk of interactions.

Substances Known to Have Serious Interactions with the Medicine Include:

It is vital that users are honest with their doctor about the medications and other substances they are using, as if they are not, death could result. 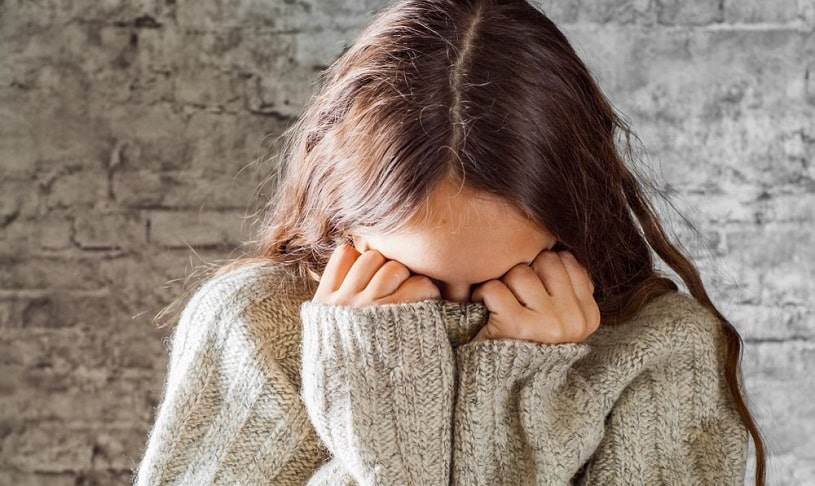 Given the effectiveness of the implant, many may wonder why more addicts do not use it. For many, it comes down to the Probuphine implant cost. While access to it may be a matter of life and death for many, affording it is not always simple.

Because medicine is an implant that must be placed by a medical professional, users cannot simply take a prescription to a pharmacy and get it. While it still needs to be prescribed, it is the doctor who accesses the medication—not the patient. As such, it cannot be purchased in-store or online and finding ways to save on it, such as with coupons, is all but impossible.

The cost of the Probuphine implant is roughly $5,000 for the four implant series, which lasts six months. This makes the Probuphine price for one year of using about $10,000.

For many opiate addicts, this is more than they can afford, especially those who are unemployed due to their drug use.

For users with insurance coverage, the Probuphine cost may be reduced or even free, depending on their insurance policy limits. However, not all companies will cover all or part of the buprenorphine implant cost. Because the medication in pill and film form is cheaper, they can refuse to allow coverage of the implant over the alternatives.

Not every physician will be comfortable with prescribing buprenorphine implants, nor are all allowed to insert them. Users need to find a doctor who is comfortable with Probuphine prescription and is certified in placing the implants. For this, it is suggested that people seek out special doctors near them or turn to a drug rehabilitation clinic. There, it is highly likely that there will be easy access to an experienced doctor who has been given the proper training in placing the medication.

There are significant risks and complications that can arise from improper insertion of the implant. This is why doctors are required to undergo buprenorphine implant training before they can insert the medication. This training is offered by Titan Pharmaceuticals and results in a specialized certification for the medical professional. Probuphine training recertification is required every so many years to ensure the best results. 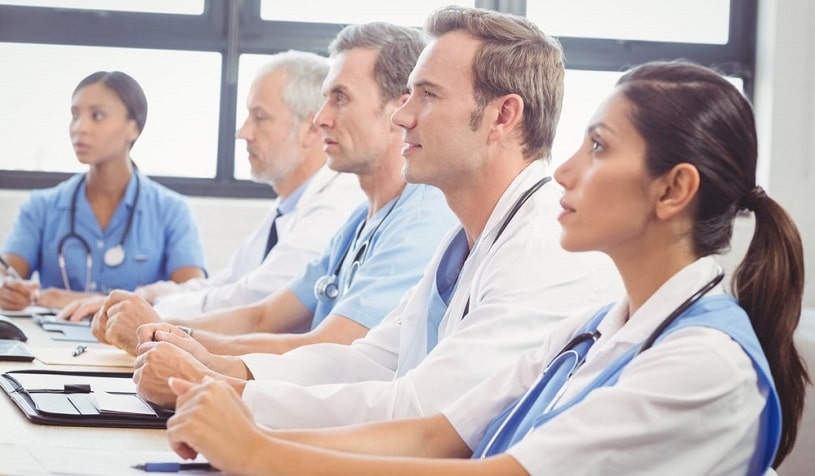 The medication can show up on any drug test that is screening for buprenorphine. Because it is an implant that continuously disperses low doses of medicine, no half-life can be used to determine how long the drug will be detected while in active treatment. Once the implants are removed or have fun out of medication to disperse, the user can go by the buprenorphine half-life, which is 37 hours.

How long Probuphine stays in the system after implant removal will vary from person to person. A buprenorphine drug test should be able to detect the medication in the saliva for about a week, in the urine for several weeks, and in the hair for as long as a year. Thus, how long the buprenorphine implant lasts for a drug test will depend on the test being administered.

Ultimately, a buprenorphine implant test is a rare thing, and as long as the user has a valid prescription, they should be safe.

That does not mean that users will never find themselves in need of addiction treatment.

Substance abuse can occur if the user is using buprenorphine pills in addition to the implant or if they are mixing it with other substances. As such, Probuphine addiction symptoms are the same as those of abusing buprenorphine.

When used properly, Probuphine is an effective way to manage opioid addiction. However, it cannot be accessed through a regular doctor. Addicts should seek treatment at a drug rehabilitation center where the medication can be prescribed and implanted.