Alcohol and Kidneys: How Does Alcohol Affect the Kidneys?

Every year, millions of Americans consume liquor in excessive amounts, either on an ongoing basis or during binge drinking episodes. Public health officials often highlight the impact heavy drinking has on organs such as the heart, brain, and liver. However, this dangerous practice can also have a significant impact on kidney health. In some cases, the connection between malfunctioning kidneys and alcohol intake can be established even in people who only binge drink occasionally. In people affected by chronic alcohol abuse or alcoholism, renal problems are sometimes severe and potentially life-threatening.

Does alcohol affect kidneys? Is there a relationship between alcohol and kidney disease? What kidney problems are caused after drinking, and how can these be treated and prevented? Let’s find out.

While popular and legal for adults to consume, alcohol is, in fact, toxic to the human body. It breaks down the beverage and eliminates it from the bloodstream as quickly as possible to avoid the potential for damage. Much of this processing job falls to the liver. However, the kidneys also play an important role by filtering alcohol’s breakdown products and excreting them in the urine.

As a rule, a healthy person who only drinks moderate amounts of alcohol every once in a while will not experience any kidney-related consequences. However, a real possibility for significant problems arises in people who drink in excessive amounts because of the side effects of alcohol and kidneys.

Short-Term Effects of Alcohol on the Kidneys

Drinking can sometimes cause a person to experience kidney pain due to the relationship between alcohol and kidney disease. The pain may be felt immediately after drinking or after some time has passed after drinking has stopped. It can be felt in the upper or lower back or between the buttocks and lower ribs. Usually, the pain is worse at night.

Apart from the kidney pain, a person may experience the following short-term effects associated with alcohol and kidneys after drinking:

Additional short-term effects of liquor, wine, or beer consumption can include:

As part of their everyday function, the kidneys help control both the amount of fluid contained in the body and the substances found in that fluid. These substances include crucial electrolytes such as chloride, potassium, and sodium.

Alcohol is a diuretic. This means that it increases the amount of urine produced by the body. On average, it takes about 20 minutes after drinking to trigger this effect. In a person who drinks in large amounts, the diuretic impact can substantially accelerate urine output. In turn, this heightened output can lead to a significant reduction in body fluid levels and the onset of an electrolyte imbalance. Long-term alcoholics, in particular, are at-risk for electrolyte-related renal problems. Electrolyte imbalance is a prime example of the direct, short-term impact of excessive drinking on renal health.

Without the Right Balance of Electrolytes, a Person can Experience a Range of Unpleasant or Dangerous Symptoms that Include:

Causes of Kidney Pain After Drinking

These include those conditions that directly affect the kidneys as a result of the combined effect of alcohol and kidneys problems.

The diuretic effects of drinking can also lead to dehydration. In fact, this reduction in fluid levels helps explain many of the symptoms of a common hangover. Dehydration can reach a level of severity that interferes with normal tissue and organ function for people affected by drinking problems.

Another example of the potential harm is a condition called acute kidney injury, or AKI. This condition, caused by a rapid decline in normal organ function, can occur in anyone who goes on a drinking binge and consumes enough beer, liquor, or wine to become legally intoxicated in two hours or less.

It Produces Symptoms that Can Include:

In a worst-case scenario, acute kidney injury can also lead to the onset of convulsions or coma. Most people with the disorder do not experience lasting damage when treated properly. However, some people develop ongoing renal issues as a result of alcohol and kidneys problems.

Hydronephrosis is the condition in which a blockage or obstruction in the kidneys prevents the urine from being drained properly to the bladder, which results in swelling of either one or both of the kidneys. Its symptoms may include a swollen pelvis, pain, and difficulty during urination. This condition may be the reason for a person feeling kidney pain after drinking.

This is an obstruction condition that affects the proper functioning of the kidney and bladder. If a person has this condition, he is most likely to feel pain on the side, back, or abdomen after drinking as an effect of alcohol and kidneys problems.

If a person has a urinary tract infection (UTI) and it is not treated, it may travel from the urethra or bladder to the kidneys and cause a kidney infection. The symptoms can include pain during urination, blood in the urine, and difficulty in emptying the bladder. This condition can also cause kidney pain after drinking. 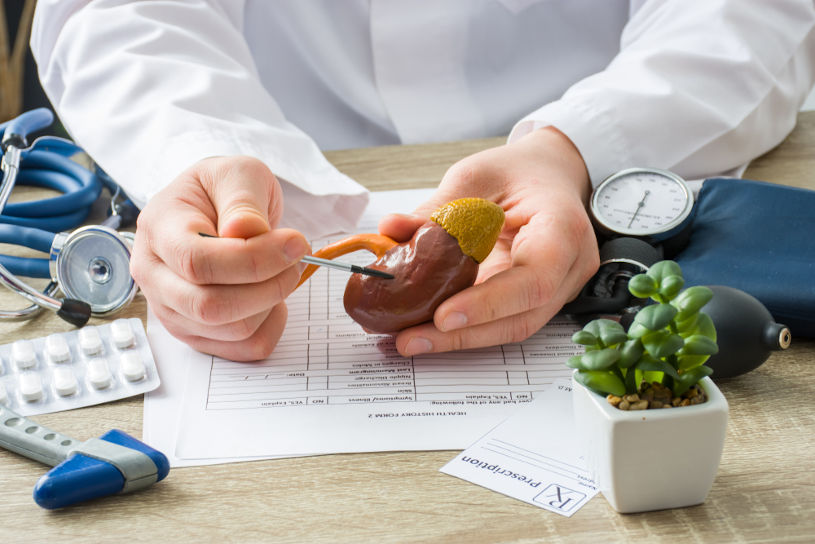 These include those conditions that are not directly related to the kidneys but contribute to its problems because of drinking.

Alcohol’s long-term effects on normal kidney function are related to the impact that heavy drinking has on the liver. The presence of alcoholic hepatitis or cirrhosis can also lead to the development of something called a hepatorenal syndrome. Doctors use this term to describe progressive kidney failure triggered by severe liver problems. In people with hepatorenal syndrome, the kidneys no longer excrete sufficient amounts of urine from the body. In turn, this lack of adequate elimination leads to a dangerous spike in blood nitrogen levels. As many as 10 percent of all people hospitalized for liver failure also suffer from the condition.

Its possible Symptoms Include:

Unless treated by experienced medical professionals, the hepatorenal syndrome can lead to dire health problems such as:

Even with proper treatment, this condition may be deadly.

Drinking too much can cause gastritis for certain patients, who, in turn, can cause the lining of the stomach to become inflamed or swollen. This can cause pain in the upper abdomen and kidney area.

If a person’s liver has been impaired because of alcoholism, they can experience kidney pain after drinking. Liver disease can hamper the blood flow to kidneys, making them less effective in filtering the blood. In some cases, the underlying reason for the connection between kidneys and alcohol and back pain (i.e., flank pain) may be the presence of liver disease (i.e., alcoholic hepatitis or cirrhosis).

Heavy intake of alcoholic beverages can lead to long-term renal damage as an indirect consequence of liver damage. There are also other indirect links between booze consumption and kidney function. For example, anyone who drinks heavily can undergo a notable increase in blood pressure. In turn, high blood pressure is widely recognized as one of the key factors in the development of serious renal problems. Even people who drink in moderate amounts can experience blood pressure elevations.

Alcohol and kidney disease are directly related. There could be many causes of kidney disease, one of them being excessive drinking. Usually, people who abuse alcohol also have other unhealthy lifestyle habits such as not exercising enough, unhealthy eating habits, and other substance abuse problems, increasing the risk of developing kidney disease or failure. Although family history and genetics also play an important role in acquiring this disease, alcoholism can increase the chances of a person having kidney problems to the point of actual kidney disease.

Alcohol and Kidneys Disease Can Cause a Number of Health Problems and Symptoms, Including the Following: 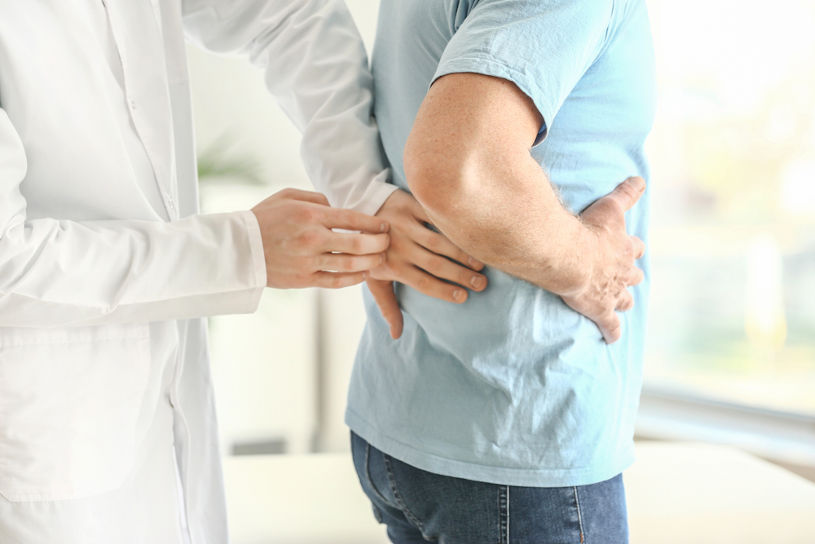 If someone experiences alcohol-induced kidney pain, they need to pay attention to their diet and lifestyle habits to prevent these problems. Recent research suggests that alcohol abuse behavior can be changed to prevent alcohol-related diseases through effective health policies.

Below are Some of the Ways that the Problems of Kidneys and Alcohol Abuse Can Be Prevented:

So, does drinking damage kidneys? Given the extensive evidence, the answer to this question is undoubtedly yes for many people because of the combined effect of alcohol and kidneys problems. Most of those who fall into the at-risk category qualify as heavy drinkers or sufferers of an official condition called alcohol use disorder. However, even moderate levels of consumption or isolated binging episodes can lead to problems in some cases because of the relationship between alcohol and kidney disease. Current alcoholism statistics figures show that more than 15 million American adults, teenagers, and preteens have a diagnosable alcohol disorder. In other words, more than 5 percent of all people in this vast segment of the population have increased odds of developing renal problems at some point in their lives.

If someone has a problem with their kidneys and alcohol abuse, they should seek professional help for treatment. Several facilities offer rehab and comprehensive treatment programs tailored to each client’s unique needs to help them achieve recovery.