Patients who find it challenging to handle substance abuse and addiction are likely not to be limited to one substance. Taking Percocet and alcohol together is the common thing to happen as well as consuming it with other substances just because one is not aware of the risks. People who feel the need to mix their painkiller medications with a stimulant might find themselves prone to the dangers of Percocet drug interactions.

Knowing how Percocet and alcohol or Xanax and Percocet work together can help patients understand why interacting with these substances is discouraged by health professionals.

Individually, drinking alcohol with Percocet has its own health risks and side effects. When these two are mixed, they could negatively impact both the patient’s nervous system and digestive system. Coupled with the fact that the drug can make a patient sleepy, dizzy, and hardly able to function well, adding alcohol to it might make the side effects more intense. This could also make the addiction stronger and make withdrawal from Percocet tough.

The Most Common Side Effects Include:

Patients mixing Percocet and alcohol have high chances of developing the Alcohol-acetaminophen syndrome. This syndrome is a disorder that could cause severe liver damage. Due to the dangers each substance exhibits, patients should be aware of the fatality rates in which a combination of the two substances could cause their health.

There is no reliable, consistent treatment for the Alcohol-acetaminophen syndrome, although medications can reverse the process if detected early enough. The syndrome is difficult to diagnose but could show visible signs and effects. Most times, it is non-evident till the liver damage is irreparable.

The National Center for Biotechnology Information shares the belief and caution about the hepatotoxicity of Alcohol-acetaminophen syndrome in people who drink alcohol regularly.

This is also backed up by the FDA, which now requires drugs to be sold with the warning if one consumes 3 or more alcoholic drinks a day, they should ask a doctor whether it is possible to take acetaminophen or other pain relievers. 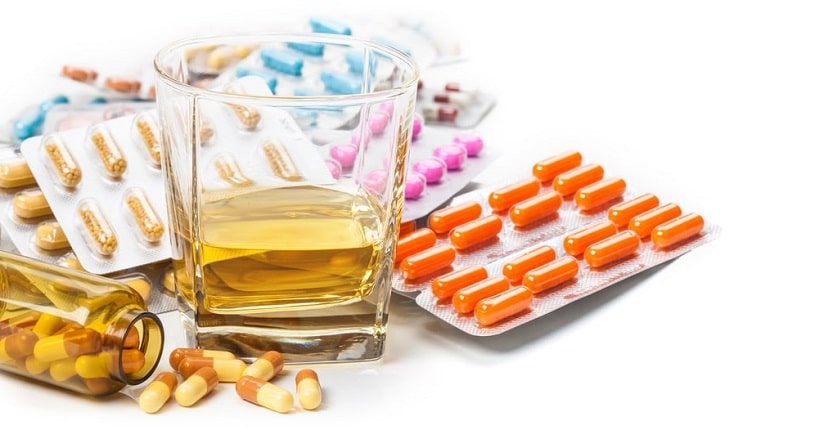 In an article posted by the NCBI, it was found that long-term alcohol users have been discovered to have a high potential of developing the AAS. It further stated that high suspicion should be maintained, and patients with evidence of hepatic injury should always be checked for their acetaminophen levels. They also advise that treatment therapy should be initiated as early as possible to manage the dangers of Alcohol-acetaminophen syndrome.

According to the CDC, 115 people a day die from an opioid overdose in the US. Another survey was done by the National Institute on alcohol abuse, which found that 88,000 people die yearly from alcohol abuse. With these statistics, it is therefore known that the combination of Percocet and alcohol is highly discouraged.

When is it Safe to Drink Again?

Drinking alcohol when taking painkillers like Oxycontin or Percocet is generally unsafe and should not be done together; however, drinking could be done after some time depending on how fast Percocet leaves the system.

For an average human, it is advised to avoid alcohol for about two days (48 hours) after the initial dose. For the elderly, it is also highly recommended to stay off alcohol for at least three days (72 hours). The reason is that as the body age and the liver’s capacity to metabolize the drug reduces.

It is also recommended patients eat well when they want to start drinking again. After taking painkillers, the stomach mucosa is too vulnerable to be exposed to alcohol without eating.

Research has proven that marijuana and Percocet could be combined in little doses to handle chronic pains and at the same time reduce the use of many opioid substances, which could be dangerous to health. So, instead of prescribing a Percocet 10/325 pill, doctors can prescribe a 5/325mg dose plus a little bit of medical cannabis to combat pain and at the same time decrease the risk of opioid dependency. 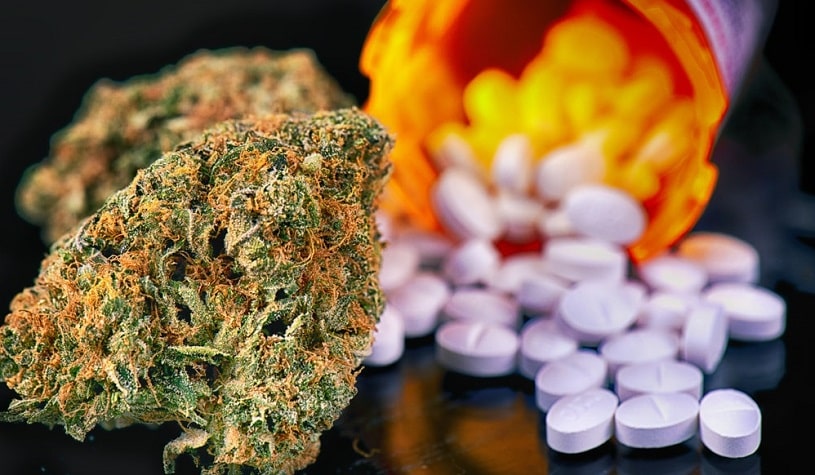 However, when combining weed and Percocet, each active ingredient in the drug reacts differently to cannabis.

Acetaminophen does not interact with cannabis. Records of users online say that combining the two (weed and drugs containing acetaminophen as a sole active ingredient) has no serious effects on them. Also, experts have found out that combining these two substances proved little or no reaction.

On the other hand, oxycodone and marijuana highly interact with each other. Both marijuana and oxycodone have depressant effects and work by suppressing the central nervous system. If used for nonmedical purposes, Percocet and weed interaction can cause decreased brain function, low blood pressure, extreme sedation, coma, and death. And unfortunately, such a drug combination is widespread among nonmedical users of opioids.

Side Effects of Mixing The Two

Patients worried about the effects of combining Percocet and weed should not be alarmed. There is some good and bad news about that. The good news is that marijuana is not known to produce any life-threatening interactions or severe effects with most substances. These effects are mild and temporary for most users, while paranoia and impaired thinking vary from patient to patient. The bad news is that mixing weed and painkillers can potentially magnify the side effects of each other.

Some Of these Effects Include:

However, with all the dangers in the combination, experts have no record of where marijuana interactions could lead to death.

Interactions between drugs in the body system is vital information that protects one from making wrong decisions that may be fatal to one’s health.

Zoloft and Percocet drug interactions can put the person using them at a severe risk causing extreme sedation or depressed respiration. The NCBI study reports that coadministration of sertraline and oxycodone may also cause serotonin syndrome, severe tremors, and visual hallucinations. A patient should also stay away from these drugs during pregnancy or breastfeeding.

Some people are combining Oxycodone and Ambien to stimulate sleep, but they may become dependent on them with time. Also, NIH recorded some cases of the recreational use of this combination to get high, relaxed, and euphoric; some even take them with alcohol to get drunk faster. The risks of taking these two together include:

Both Xanax and Percocet are addictive on their own, so concomitant use of these drugs increases addiction chances. Furthermore, this combination of Percocet and Xanax can make a person extremely sleepy or depressed. And what is way more dangerous is that unintentional overdose is very likely if one combines Xanax and Percocet. 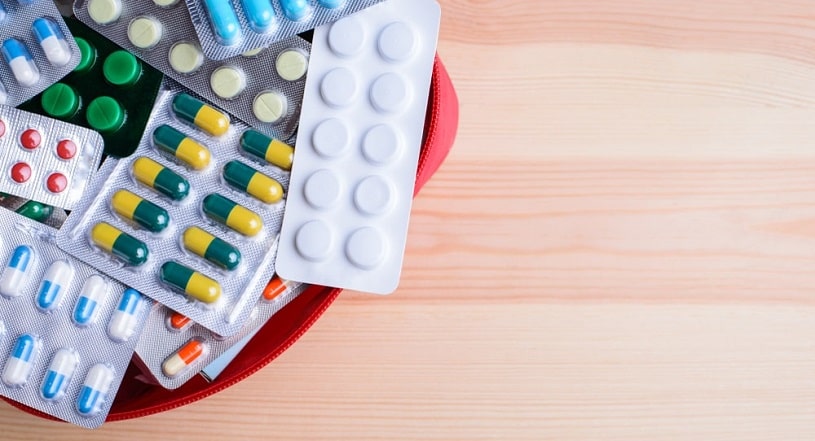 Tramadol and Oxycodone Acetaminophen can both be addictive, and withdrawal symptoms may be experienced in people trying to stop it. The challenge is that they are both useful in relieving severe pain, but since they work differently, having both in one’s system is risky. Even two painkillers with a similar mechanism of action are risky to take together.

Studies have shown that surgeons favor Gabapentin and opioids for postoperative pain. The acetaminophen component in the painkiller can be administered with Gabapentin without any complications, but one should notify the physician if any other drug has been taken already. People who overdose on GABA analogs were mostly found abusing opioids at the same time.

Some of the adverse effects may harm one’s health due to opioid and neuropathic drugs being mixed up together in the body system. FDA now requires new warnings for Gabapentin about the risk of respiratory depression, especially when used with opioids.

Other Side Effects Are:

Another combination that can be life-threatening is Benadryl or diphenhydramine, which can be found in sleep-inducing drugs and common cold medications. Benadryl and Percocet should not be used together because they can lead to loss of cognitive functions. This combo can cause coma or death from respiratory compromise.

Percocet is an opioid analgesic that on its own affects the liver significantly. Patients have to be aware of all the dangers when starting medications and should be very careful. People using more than one substance at a time, for example consuming Percocet and alcohol together, are likely to need medical support to stop. Also, Percocet and weed combination can be very addictive and cause side effects too.

This painkiller should only be used as prescribed and when prescribed by the physician. However, if one feels addicted to the prescribed painkiller, it can be challenging to adhere to the doctor’s instructions. To avoid these, support can be obtained through treatment programs. These rehab programs can help fight the addiction not only with detoxification but also with the complex of physical and mental effects of drug abuse. The professionals are also experienced in helping patients who combine drugs with therapy, skills, and methods to stop using both Percocet and alcohol or other substances to ensure a better result.