AL-LAD Legality: Is This Drug A Controlled Substance?

AL-LAD is a lesser-known substance in the mold of similar hallucinogens/psychedelic drugs such as LSD. Both are, in fact, quite similar, showing similar side effects and mechanisms of action.

Due to the limited amount of research available about the substance, there is a shortage of information about AL-LAD legality across the world. However, this article seeks to answer some of the most common questions that one may have about the drug. Possible physical/mental side effects, AL-LAD legality in some countries, and the history of the substance are some of the topics discussed in the article.

AL-LAD drug or 6-allyl-6-nor-LSD is a hallucinogen that belongs to the lysergic chemical class. As a member of that class of substances, it produces effects like LSD and, chemically, has a similar molecule shape and structure. To put it clearer, it is a 6-alkylated analog of nor-LSD.

The first proper research on this substance was done by Andrew J. Hoffman and David Nichols in 1984. The research was not a standalone one – it was done in conjunction with a series of LSD analogs (including ETH-LAD and PRO-LAD).

Further research carried out on the AL-LAD drug – this time by Alexander Shulgin – was done to discover the activity of the substance in humans. The findings were documented in his book titled “Tryptamines I Have Known and Loved.”

As suggested earlier, the effects of 6-allyl-6-nor-LSD on humans are quite similar to that of LSD. It is generally seen to be just as potent or only a little bit less potent with an active dose.

The drug is known to have a shorter duration of activity in the body and is less likely to invoke anxiety than LSD. More differences between the two are further discussed later on in this article.

AL-LAD Legality in the USA and Other Countries

Due to the relatively low recognition that the substance has, AL-LAD legality status is not completely clear in many parts of the world. This means that it is not specifically classified as legal or illegal. However, people can still get charged for possession with the intent to sell or consume under certain circumstances, even in countries where it is not illegal.

The information available about AL-LAD legality in the USA and other countries around the world is described below.

AL-LAD History At A Glance

Available information about the known history of AL-LAD is limited, much like research about the substance itself. Following the investigation of Hoffman and Nichols in 1984 on LSD alternatives and the research on its effects on humans documented by Alexander Shulgin in his book “TIHKAL” in 1997, the substance officially entered the research chemical market around 2013.

In 2015, the EMCDDA reported the presence of AL-LAD drugs in the European drug market for the first time. This was around the same period where laws were put in place to restrict the use, abuse, and trading of the substance in European countries such as Latvia, Sweden, Switzerland, and the United Kingdom.

As of 2017, AL-LAD was still being sold alongside other lysergamide research chemicals.

AL-LAD: Side Effects And Risks

Like any other drug, it has negative side effects. These can be categorized into different types: physical and mental.

The Physical Side Effects of AL-LAD are as Follows:

Possible mental side effects are as follows:

In some cases, users report unusual body sensations, such as tremors and a long-lasting stabbing-like pressure in the head. As a result, there are some negative mental effects related to changes in cognition. People have also reported irrational fear and panic attacks, close to a “madhouse.”

Don’t forget that bad trips are always a risk. Strangely enough, some experienced users with LSD and other psychedelics say that things become cartoon-like and difficult to handle.

The dangers of recreational AL-LAD are similar to that of LSD. As with other psychedelic substances. Reported side effects are likely much fewer than actual results. Additionally, using the substance alongside other substances or underlying health issues can trigger negative responses in the body.

In a study conducted to see the differences in results between users of LSD and LSD analogs, users reported a modal duration of effect of 8 hours for both types of substances. During this period, the peak period was within the first two hours for both.

The only metric to be a significant difference in an AL-LAD vs. LSD comparison was in the users’ perspective about the risk of harm following the use of either substance.

The majority believed that there is a higher risk with LSD use than analogs – although both have a low rating in that regard. It is worth noting that this information is based on anecdotal reports from the study, and as such, should be treated as subjective. The responses of different people may vary. 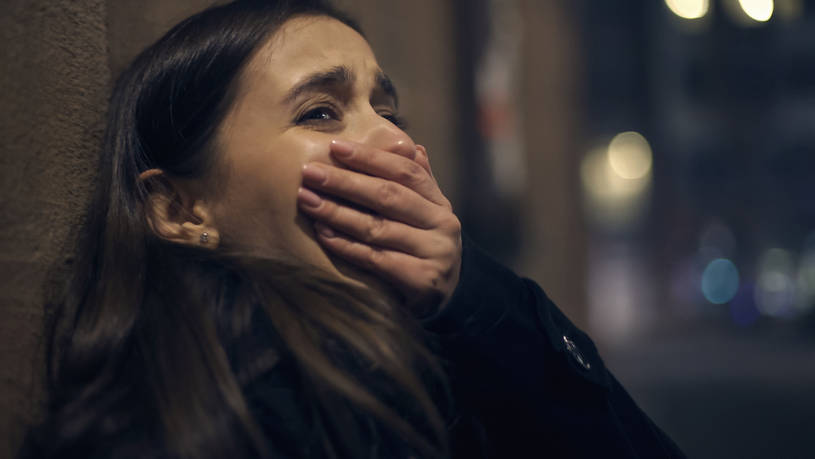 The toxicity and lethal doses are unknown because it is a new drug with very little research conducted into it. However, one can identify an overdose when some of these signs begin to show severely:

An overdose of AL-LAD requires urgent medical attention. Attendants would typically administer antipsychotics and benzodiazepines to manage the negative effects of the substance. Failure to get the right type of treatment urgently can lead to permanent damage.

Available information about the addiction potential of AL-LAD is anecdotal. However, based on the fact that LSD itself is not easily habit-forming, one can surmise that the same applies to AL-LAD.

However, in cases where signs of addiction are noticed, there are various treatment options that can help with recovery.

If you or a loved one are suffering due to AL-LAD abuse, it is crucial to seek treatment from a professional as soon as possible.