Hydroxyzine Addiction: The Dangers of Abuse And Treatment Options

Hydroxyzine is available under the brand names of Vistaril and Atarax (discontinued) in the United States, and in 2018, it was ranked the 78th most commonly prescribed drug in the country. Although the Hydroxyzine drug class is antihistamine, this drug also has antiemetic and anxiolytic properties. So, aside from being a powerful and effective medication for allergic skin reactions with symptoms such as itching, it is also largely used by patients for combatting nausea and vomiting as well as relieving anxiety. It can also be used as a sedative and opioid potentiator. The use of Vistaril as a prescription drug has become a subject of endless debate in recent years. Researchers have been asking questions about Vistaril medication, especially its addictive potential and general safety. Despite the low potential for Hydroxyzine addiction and/or Hydroxyzine abuse and experiencing withdrawal symptoms, the risk still exists.

Atarax/Vistaril is an H1 antagonist (piperazine subtype) of the antihistamine drug class. Its use diversity revolves around its ability to produce anxiolytic, sedative, and anticholinergic effects, thanks to its ability to decrease activity in the brain, or more specifically, suppress activity at subcortical levels. The aforementioned abilities make Vistaril feasible for use not only for the management of allergic reactions but also for insomnia treatment, anxiety and tension relief. When used as an antihistamine, the Hydroxyzine pill effectively helps overcome allergy symptoms by blocking the root cause of it all – the substance called histamine. Although Vistaril  is not a controlled substance, it is only available with a doctor’s prescription.

As for the most common side effects of Hydroxyzine drug class – antihistamine, they are usually mild and transitory. One may experience dry mouth, headache, and drowsiness, which usually disappears after a few days of continued therapy. However, patients taking a significantly higher dose of Hydroxyzine HCl than recommended may experience some involuntary motor activity and other undesirable side effects such as hallucination, pruritus, and rashes, among others. 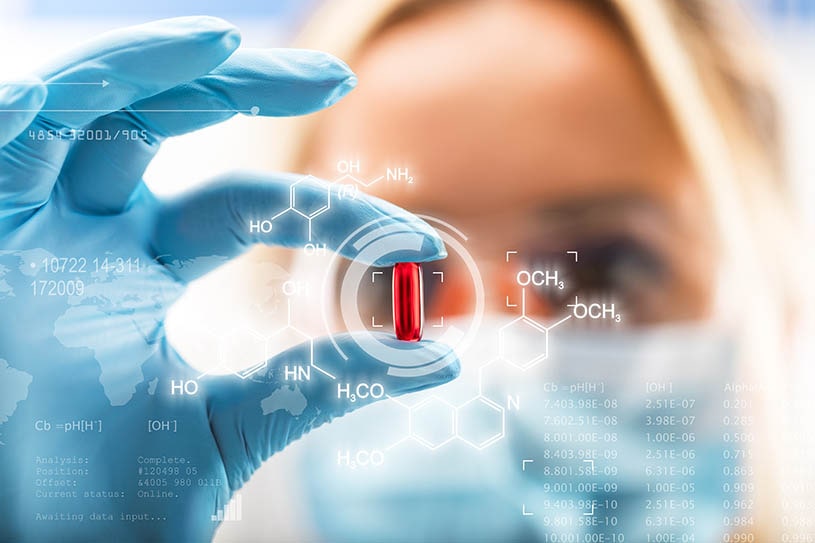 Two types of formulas are available for this drug. One formulation is of HCl (hydrochloride salts) or dihydrochloride, and the other one is of pamoate. They both help with managing allergies, but the HCl formulation is the type that’s prescribed more often for that. The pamoate formulation, on the other hand, is mostly used for help with sleep or insomnia and anxiety relief.

Below are the most common brand names available for this drug in the US. Please note that it cannot be bought without a prescription:

Hydrochloride form: sold under the brand name Atarax (manufactured by Pfizer). Other brands available are:

Pamoate form: It is generic for Vistaril (manufactured by Pfizer, known as the first manufacturer of this drug as an everyday treatment for anxiety and allergy disorders). Other brands available are:

When it comes to the Hydroxyzine over-the-counter drug’s onset of action, it usually starts to work within 15 to 30 minutes after oral intake in healthy patients, and its effects usually last for around 4 to 6 hours. However, it must be noted that Hydroxyzine in injectable form has a faster onset of action than the Hydroxyzine pill. Also, the onset and duration of action of the Hydroxyzine medication as well as how long it stays in one’s system will of course vary from patient to patient as it depends on several individual factors. But for reference, its elimination half-life is around 20 hours in adults, 29 hours in the elderly, and 7.1 hours in children.

What Is Hydroxyzine Used For ?

This medication comes in two routes of administration: oral and parenteral. The hydrochloride form comes in solution, tablet, and intramuscular injection dosage forms with varying strengths. On the other hand, the pamoate form comes in capsules and suspensions.

As mentioned earlier, this antihistamine medication is and may be prescribed for uses other than relieving allergy symptoms.

Its use is most commonly seen to help manage the following:

To sum up, Atarax/Vistaril is used for relieving tension and anxiety, the treatment of pruritus caused by allergic conditions, controlling nausea and vomiting, and help with sleep problems.

This drug’s dosage varies depending on some factors. For example, doctors prescribe Vistaril for anxiety differently for each patient. The number of doses, frequency of drug administration, and time intervals between each dose solemnly depend on an individual’s medical problem, reaction to treatment, the severity of side effects, etc. For this reason, patients should not neglect the instructions given by a doctor or try to imitate someone’s prescription.

Atarax/Vistaril Comes In Several Dosage Forms and Strengths, With the Following Being the Most Commonly Prescribed Ones:

Atarax and/or Vistaril are not necessarily addictive and are unlikely to cause Hydroxyzine addiction. However, due to their anti-anxiety properties and sedative effects that make people feel relaxed, some tend to misuse them. Misuse, in some cases, leads to dependence and Hydroxyzine abuse. Atarax is particularly appealing to people suffering from anxiety. It is not habit-forming like the usual anti-anxiety drugs – benzodiazepines.

Still, the medication’s anxiolytic effects, in addition to its fast-acting nature, are the most common cause of Hydroxyzine abuse or misuse. If talking about Hydroxyzine addiction in a physical sense, though, it’s just not possible. Psychological addiction is basically what could potentially be formed as there are no physical side effects or withdrawal symptoms to be expected when one abruptly stops taking the medication. 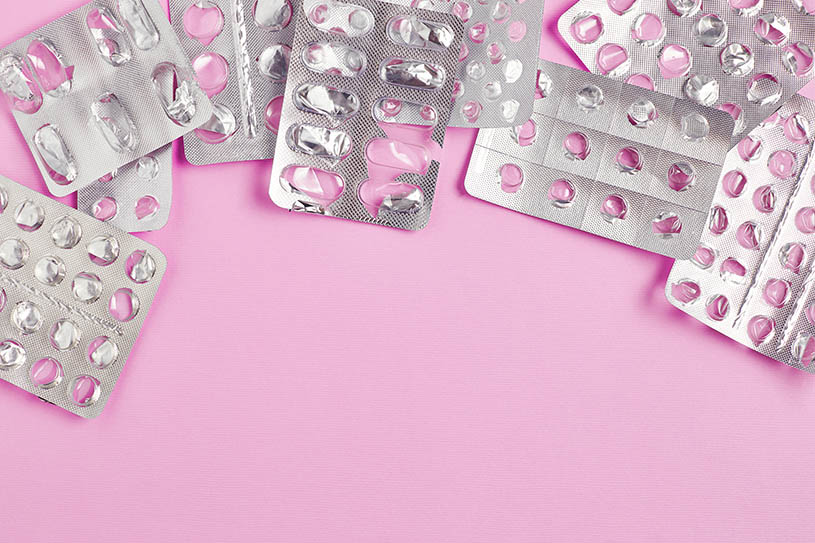 The statistical data on Vistaril abuse is quite scarce. In 2015, at least 166,000 people (aged 12 and older) misused the Vistaril. At the same time, the number of written prescriptions for the drug is steadily growing each year. This, however, doesn’t mean that there is a mass dependence on the drug. It is also noteworthy that a higher prescription rate running into millions of individuals every year means Atarax/Vistaril is a drug in high demand.

While abuse of non-habit-forming drugs (in the physical sense) like Hydroxyzine may not be very hazardous, once patients become tolerant to it, addiction sets in. Signs of Hydroxyzine abuse are similar to signs of overdose, and the same goes for Hydroxyzine addiction.

Physical Signs Of Hydroxyzine Abuse Include The Following:

Signs of Hydroxyzine Addiction or Abuse in the Psychological Sense, On the Other Hand, Are As Follows:

The interaction of alcohol, anesthetics, central nervous system (CNS) depressants such as analgesics or opiates, barbiturates, or other sedatives may be potentiated if taken with the Hydroxyzine over-the-counter drug. Therefore, abuse of Hydroxyzine medication with the said substances and drugs must be approached with caution as it can cause excessive sedation, and hypersedation is the most common characteristic of overdose from Hydroxyzine pill. This is why medical and health experts recommend that if it were to be taken with a CNS depressant, the dosage of the latter should be decreased by up to 50%. Note that aside from hypersedation, an overdose may also manifest as nausea, vomiting, convulsions, and stupor.

Who is Most at Risk of Hydroxyzine Addiction And Abuse?

According to the National Institute on Drug Abuse, people who lacked parental supervision and/or presented aggressive behavior in their childhood are more at risk of Hydroxyzine abuse or addiction and drug addiction in general. Having low peer refusal skills, being exposed to community poverty, and interest in drug experimentation or history of addiction to other substances (including alcohol) are also among the most common risk factors that may lead to addiction and abuse. When it comes to drug use with age groups considered, data from the National Center for Drug Abuse Statistics shows the highest percentage of 39% in people aged 18 to 25, followed by 35% in those aged 26 to 29. It has also shown that more men (22%) than women (17%) abused prescription drugs such as Atarax.

Antihistamine addiction is a serious problem that may cause a hip of medical and health consequences for the abuser. Abuse of antihistamine drugs can slowly develop into drug addiction. It then becomes a case of drug dependence one cannot overcome without professional treatment and medical/health counseling. At a rehab facility, patients go through a wide range of drug therapies and medical counseling processes modeled to help individuals recover faster and overcome drug abuse. All of the recovery programs are based around the patient’s needs; thus, it allows for customization of one’s individual treatment plan.