Diphenhydramine(DPH), familiar to most as Benadryl, is an over-the-counter first-generation antihistamine with antimuscarinic properties used primarily for the treatment of seasonal allergies. Its spectrum of use also extends to the treatment of mild insomnia, insect bites, and stings, rashes as well as several other conditions. Despite the broad spectrum of use, there is a long history of Diphenhydramine addiction. Throughout the latter half of the 20th century, multiple researchers suggested the potential of Benadryl addiction and some even described case reports of patients who fulfilled the Diagnostic and Statistical Manual of Psychiatry’s criteria for substance abuse. Furthermore, since DPH use is unrestricted and Benadryl abuse is so frequent, being able to recognize signs and symptoms of chronic Diphenhydramine addiction and acute Benadryl withdrawal can be of paramount importance to an individual’s health. Therefore, this article will delve into the most common indications for Diphenhydramine use, the information about its abuse, addiction, withdrawal, and most importantly, the steps to take towards a Benadryl addiction-free life.

It is noteworthy that Benadryl addiction and abuse are well documented in the medical community and warrant discussion.

Histamine is a molecule that is found in abundance within our bodies. It is mainly sequestered in mast cells primarily in the skin, the smooth muscle and mucosa of intestinal and respiratory  tracts, cardiac muscle, endothelium of blood vessels, and the central nervous system. Within these tissues, histamine plays a significant role in producing symptoms of allergic hypersensitivity through its actions at one of its 5 receptors, referred to as H₁-H₅. Diphenhydramine mediates its action by blocking the action of histamine at H₁ receptors, both in peripheral tissues and in the central nervous system.

The distinction of the first-generation antihistamine is given to various antihistamines. This distinction denotes the capability of some antihistamines, especially Diphenhydramine, to cross the blood-brain barrier and enter the central nervous system(CNS) avidly. Once in the CNS, they can bind to neuronal H₁ receptors and produce drowsiness and sedation as well as suppress medullary cough and vomiting/emesis centers.

Furthermore, it is worth mentioning that DPH acts not only on H₁ receptors but also on Muscarinic Receptors and Sodium Channels, which mediate its “alternative” therapeutic effects.

As these two terms have been elucidated, now the question of “what is Diphenhydramine” can be fully answered. Diphenhydramine is a first-generation H₁ antihistamine medication with concurrent antiemetic, anti-vertigo, and potent sedative/hypnotic properties. 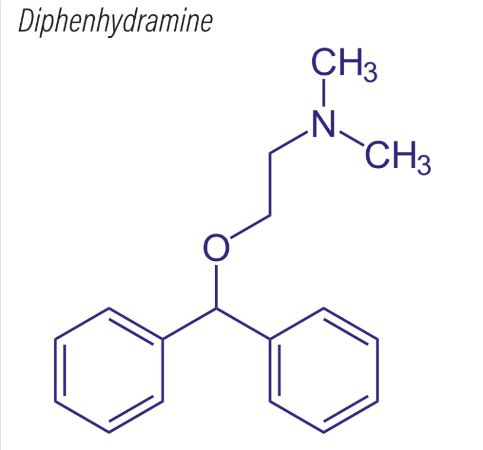 What Is Benadryl Used For?

H₁ receptor blockers are the most commonly used over-the-counter drugs for the treatment of allergic conditions. However, its various effects, as mentioned above, can have other therapeutic potentials.

The Following Is a Brief Overview of the Indications of Its Use:

What Are the Brand and Generic Names For Diphenhydramine?

DPH is available both as over-the-counter and prescription under numerous Generic and Brand Names. Some of these products include:

What Are Diphenhydramine Formulations?

Diphenhydramine is available in different formulations for children and adults, basically in a gel, lotion, cream, spray, or oral formulations.

Generic and branded formulations are available in the form of a gel, lotion, cream, and spray. The dosage for children depends on their age and weight. It is not recommended to be used for children under the age of 2.

Diphenhydramine Formulations for Kids Include:

For Adults, Diphenhydramine Oral Formulations Include: 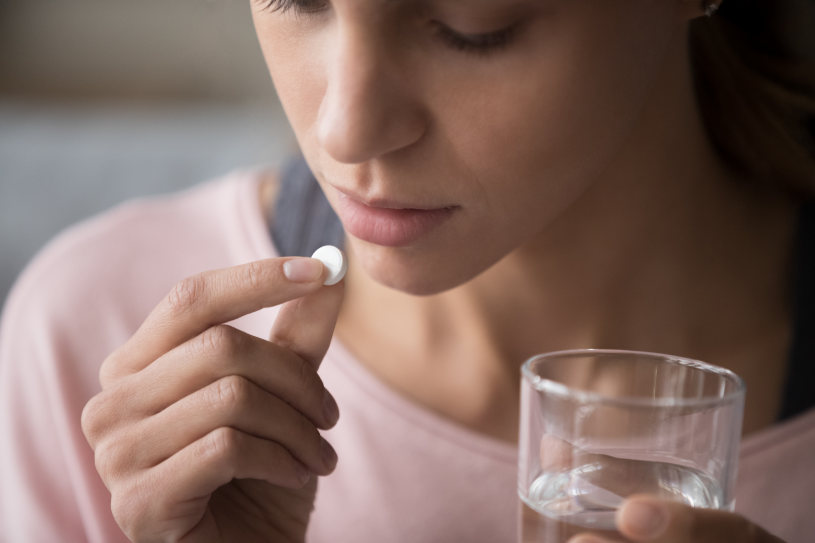 Is Benadryl Addictive: Data and Statistics

Regardless, systematic studies providing information about the statistics of Diphenhydramine addiction and abuse are lacking, as it is an over-the-counter drug whose sales are not controlled by the FDA. However, some regional studies performed by pharmacists found that 69% of them felt that sedating antihistamines, like Diphenhydramine, were subject to misuse by patients. Based on the aforementioned information, the possibility of Benadryl addiction can be considered as strong.

There Are Various Reasons for Benadryl Abuse:

What Are The Risks Of Benadryl Abuse and Addiction?

The risk factors behind any substance abuse are commonly shared and include various issues in familial, social, occupational settings as well as previous history of mental health disorders or substance abuse (alcohol, opioids, etc,). With regard to the specific risks of Benadryl abuse and addiction, once again information is lacking. However, one specific group of individuals, namely patients suffering from schizophrenia, were among those who were likely to abuse DPH. This stems from the anticholinergic properties of DPH that can relieve the secondary negative symptoms of antipsychotic drugs.

Signs And Symptoms Of Benadryl Addiction

There are some common signs through which one can identify if someone is addicted to Diphenhydramine. Diphenhydramine is a habit-forming drug that can lead to its dependence.

Some of the Symptoms and Signs of Benadryl Addiction Are Listed Below:

Side Effects Of Diphenhydramine Addiction

Adverse reactions of diphenhydramine addiction include the following physical conditions:

Some of the Signs and Symptoms Associated With Dph Toxicity Include:

Furthermore, it should be noted that consumption of alcohol together with Benadryl can worsen some of the side effects of DPH during an overdose.

To avoid Diphenhydramine HCL withdrawal symptoms, a person should understand how they need to stop using this medicine, especially after they have been using the drug for a more extended period.

When one has developed a dependency on Diphenhydramine or had an overdose recently, a sudden cessation can lead to a more significant severity of symptoms related to withdrawal. When Diphenhydramine withdrawal symptoms develop, the patient may experience a number of adverse health reactions.

Some Possible Side Effects During Diphenhydramine Withdrawal Period That May Occur In a Person Include:

Some individuals also tend to experience cold sweats while they are withdrawing from the drug. Other people may experience hot sweats instead. This can further contribute to insomnia that the individual is already suffering from due to withdrawal.

It should also be noted that many users may experience symptoms usually associated with a cold while they are going through the withdrawal stage after Benadryl cessation.

These withdrawal symptoms may occur with other types of antihistamines that cause similar side effects as Diphenhydramine as well. Thus, individuals seeking out alternative over-the-counter antihistamines may continue to experience addiction if they give up this drug for another one that can have a similar effect on their bodies. 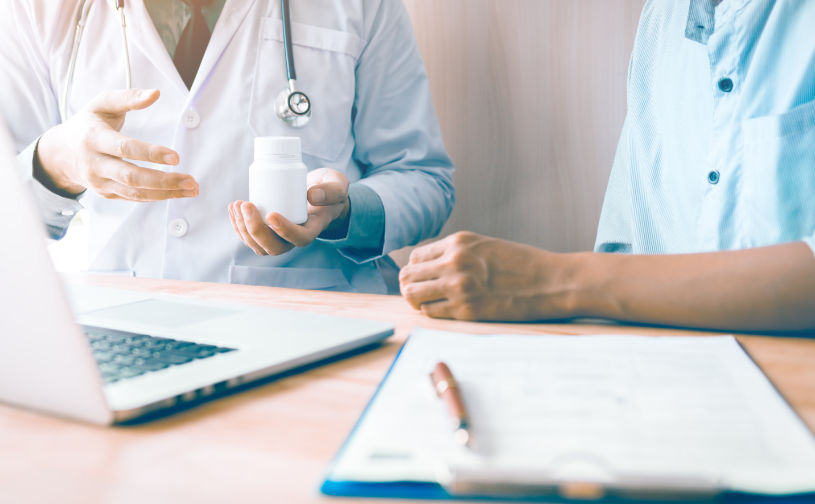 How To Stop Taking Benadryl Safely?

As noted above Benadryl is prone to the development of withdrawal when doses are missed or stopped abruptly, so it is crucial to consider the half-life of diphenhydramine. Therefore, in those patients wishing to stop Benadryl use, a gradual taper in which the dose of used Benadryl is slowly decreased over a period of time can be used to avoid more significant diphenhydramine withdrawal symptoms.

The environment(Home vs. Rehab) in which cessation of Benadryl use can be carried out depends on the severity of the existent addiction.

Furthermore, if the patient also has concomitant substance use disorder(alcohol, opiates, other prescription medications) or is being treated for other chronic conditions or mental illnesses, a hospital or a rehab setting will be more beneficial in the withdrawal process as the possibility for complications is higher.

Benadryl addiction not only affects users physically but emotionally and psychologically as well. Due to the symptoms associated with antihistamine withdrawal, including those individuals who developed a dependency on diphenhydramine, relapse is often possible. Furthermore, patients who are addicted to DPH, often have concomitant addictions to alcohol and other substances. Therefore, seeking professional help at a drug rehab might be an option that patients can consider if they are struggling to overcome their substance abuse disorders. Professional help provided in either an outpatient or inpatient setting can offer the patient a better understanding of their addiction and how they can effectively recover. How long does it take for Benadryl to wear off? It usually depends on how severe the individual’s addiction is. A customized program can be developed for a specific person’s case. During treatment, patients are also offered various therapies to help them regain control over their lives. These may include:

After patients have been fully recovered from addiction, they may be required to participate in after-care support programs to ensure that they do not relapse and continue on their road to sobriety.