The US Food and Drug Administration (US FDA) has approved a number of over-the-counter drugs (OTC) based on their safety profile. Therefore, it means OTC drugs do not pose significant health risks.
As a result, one can take them without the direct supervision of a healthcare professional. Nonetheless, there are certain over-the-counter drugs that have mind-altering effects and can result in substantial abuse.

This guide is an informative source for the prevention of OTC abuse and addiction. Although the following medications can be bought without prescription, using them for non-medical purposes poses a range of dangers and is considered to be an abuse.

Over-the-counter drugs are medications users can purchase without a doctor’s prescription. Hence, they are also called non-prescription drugs.
When someone takes OTC drugs following the instructions on the product labels, the chances of abuse are very low. However, with irrational use, the chance they end up abusing them and finally becoming addicted is very high.

Which Over-The-Counter Drugs Are Abused To Get High

In the US, more than 80 drugs have been approved for use without a prescription. For example, common OTC drugs include cold tablets, cough syrups, motion-sickness pills, allergy drugs and certain pain medications.

Non-prescription pain medications such as Tylenol, Advil, Aleve and other similar drugs don’t really get one high. Still, people might abuse them unknowingly.

A number of prescription and OTC drugs can give an indivdual a high. However, not all these will lead to a drug addiction. The following list contains some common over-the-counter drugs that can get a person high:

The fact such medications can be bought over the counter does not mean that they are less addictive or have less side effects than controlled substances when misused. Do not use these medicines for non-medical purposes and do not change the recommended dosage or the route of administration.

Why OTC Medications Sometimes Are More Likely to Be Abused? 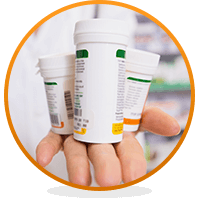 Firstly, it is the easy access. One can buy these medications without a prescription. Next, is the natural route of intake. They are easy to take as most of them are available in the form of tablets, syrups or other oral preparations.
Lastly, abusers may have multiple drugs in a single dose. In fact, a single OTC pill may contain two or more active drugs. It might be cold tablets which contain both pseudoephedrine and allergy medications. Both of these components have potential to get an individual high.

There are no definite signs that could guarantee abuse of OTC drugs. However, making note of subtle signs could save a person from a greater loss in the future:

In conclusion, Over-the-counter drugs don’t produce highs comparable to prescriptions medications such as Morphine, Codeine, Hydrocodone, and others. Nevertheless, continuous abuse of OTC medications could be an early indicator of future drug addiction.
Watch for any sign of OTC drug abuse in the loved-ones. Regrettably, teens are more likely to start with OTC drug abuse. Later, they might move to higher levels in search of a more powerful high. Therefore, if a person is a parent to teenagers, they should be vigilant.