Cocaine, a stimulant, known by many names such as joy powder and others, acts on the brain in peculiar ways to create tolerance and dependence, making it difficult for the individual to quit this habit even if they want to. And then there are the cocaine withdrawal symptoms! It is vital to know what the joy powder does to one’s body. Cocaine withdrawal symptoms range from the unpleasant and inconvenient to the terrifying, morbid, and life-threatening. It is the desire to avoid these symptoms and get a grip on their sanity that makes people seek refuge in coke once more. The result is a relapse. While there are therapies to combat the symptoms of cocaine withdrawal, awareness helps one to be prepared; that in turn empowers the individual to battle their addiction and prevent cocaine drug from taking over their lives once more.

Why Learn About Cocaine Withdrawal?

The menace of the stimulant in society has been ever-present and has contributed to the loss of lives over the year. The study of cocaine withdrawal is essential to understand its occurrence and phases better and for users to realize its dangers to health and seek medical help for the substance immediately. Cocaine withdrawal, unlike other substances such as alcohol or heroin, often has no physically visible effect like tremors, vomiting, and others; rather, side effects of cocaine usually include severe cravings, paranoia, anxiety, suicidal thoughts, and others. Despite the efforts made by the government and various medical groups, the prevalence of coke use is still on the rise. 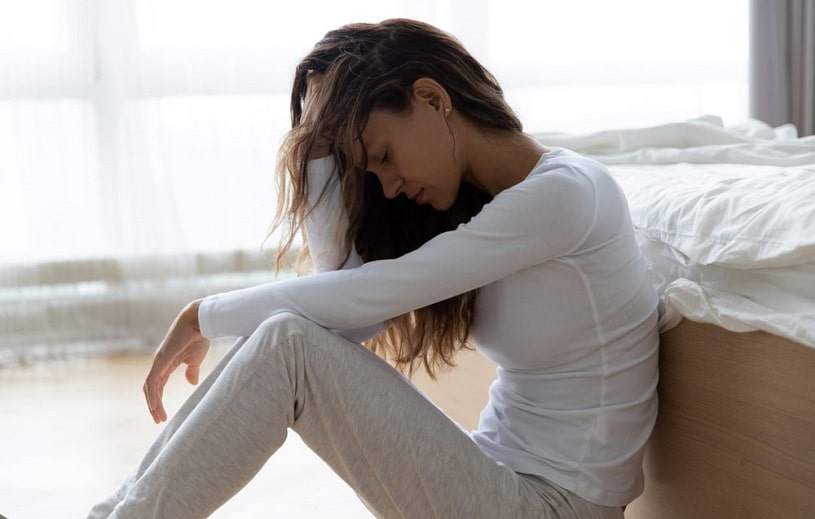 The National Youth Risk Behavior Survey is carried out amongst 9th through 12th-grade students in public and private school students across the country during the spring semester every two years. According to the CDC report, the incidence of substance use amongst this population has decreased to 5.5 percent in 2013 from 6.8 percent in 2011.

These statistics are truly encouraging, but, on the other hand, there are also numbers that provide a reality check and remind us that the war against coke is not yet over.

According to the NSDUH, the incidence of coke powder use amongst adults aged between 18 and 25 years is the highest amongst all groups. This is the time when they define their purpose and goals in life, search for meaningful vocations, choose careers, and nurture dreams of owning their first homes and raising happy families.

The NIH report also mentions that there are still 913,000 Americans whom the Diagnostic and Statistical Manual of Mental Disorders guidelines classify as being dependent on the stimulant or who abuse the drug.

Cocaine overdose deaths in the U.S. increased by 27% per year between 2013 and 2018, according to a report by the National Center for Health Statistics (NCHS). The likelihood of a joy powder overdose is directly linked to the abuser’s tolerance level.

The dangers of coke use are numerous and can destroy promising lives, relationships, and friendships without adequate enlightenment and warnings.

Cocaine withdrawal symptoms can be defined as the negative signs that occur when a user of the substance either cuts down on the amount of substance used regularly or quits using the drugs. Quitting the drug abruptly is a major cause of extreme cocaine withdrawal symptoms. The negative signs of abuse can occur even if the user isn’t off the drug yet and still has a significant amount of the drugs in their system.

Some Cocaine Withdrawal Symptoms include:

Because cocaine withdrawals tend to manifest over an extended time period of several months, many researchers divide the process into three distinct phases. Before delving into their details, it is important to note that these stages may set in early or late, overlap, or manifest in varying degrees depending on the severity of the addiction, the way in which the individual’s body metabolizes the drug, and the peculiar genetic makeup that may predispose him to certain psychiatric disorders. 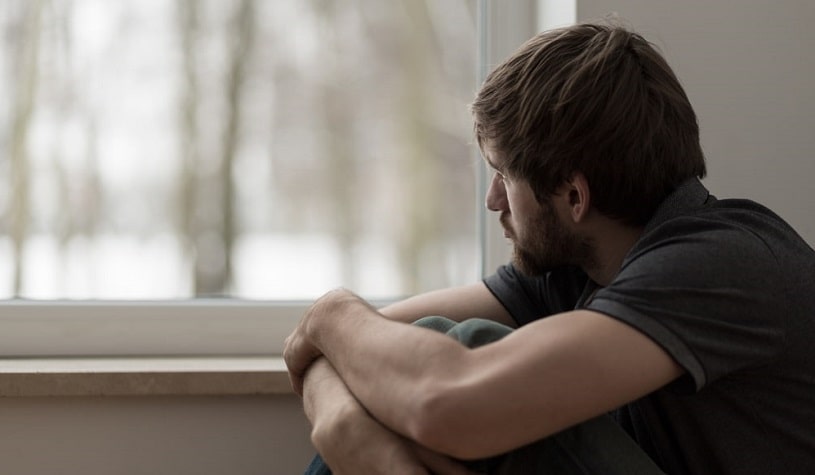 What Is The First Phase of Cocaine Withdrawal?

The first phase is the crash stage that manifests almost immediately after the last dose of taking the stimulant. The symptoms include:

Users may also develop depressive tendencies that are caused by a severe drop in the levels of serotonin and norepinephrine, the mood regulators in the brain. Some patients may also exhibit symptoms like paranoia.

Cocaine withdrawal anxiety tends to manifest more intensely in women than in men. Scientists believe that the female sex hormone estrogen has a role to play in magnifying anxiety. The feelings of restlessness, nervousness, and panic are so acute that these might even trigger a relapse.

Scientists have also discovered that early in the abstinence period, the user tends to exhibit impaired cognitive skills. It was found in a study that users in the early phase of withdrawal faltered on cognitive flexibility tasks and had impaired verbal fluency and verbal memory.

Contrary to popular notion, cocaine withdrawals can occur even when the user has traces of the substance in his body. He need not be entirely off the drug for the first phase of cocaine comedown to manifest.

What Is The Second Phase of Cocaine Withdrawals?

The lethargy manifested during the “crash” phase can continue for up to 10 weeks, which is well into the second phase of cocaine withdrawals. This phase is characterized by:

This cocaine comedown phase may begin a week after taking the last dose of the substance and last for up to 10 weeks.

A dangerous symptom during this phase is the development of an intense craving for the stimulant. The craving, coupled with the unpleasantness of the symptoms, drives many towards a relapse.

The risk of overdosing oneself is also high during this period. After a chronic period of abuse, coke users usually develop tolerance towards the drug. This increases the chance of an overdose.

What Is The Third Phase of Cocaine Withdrawal?

The third phase of cocaine withdrawal is known as “extinction.” It is marked by:

This stage may last for up to 28 weeks after taking the last dose of the stimulant.

It is interesting to note that withdrawal symptoms like dysphoria, erratic sleep pattern (insomnia/hypersomnia), psychomotor agitation (inability to control physical movements), and vivid and unpleasant dreams tend to manifest more in joy powder users who have a history of depression.

There are no intense physical symptoms of cocaine withdrawal during this phase.

Heroin or oxycodone withdrawal periods are marked by signs like muscle aches, spasm, severe stomach cramps, diarrhea, vomiting, nausea, and dizziness that are hard to miss. On the other hand, symptoms of cocaine withdrawal are mostly emotional and psychological, which makes them more dangerous. Yet some effects like depression and dysphoria, if not managed, can trigger a relapse or, worse, drive ex-cocaine users to commit suicide.

Cocaine detox is a treatment and recovery measure used to reverse the effect of cocaine dependency. Over the years, various medications have been experimented with to tackle cocaine dependency. Several medications have shown great promise in the field of medical health and have been fairly consistent in clinical trials, especially with patients suffering from severe addiction. 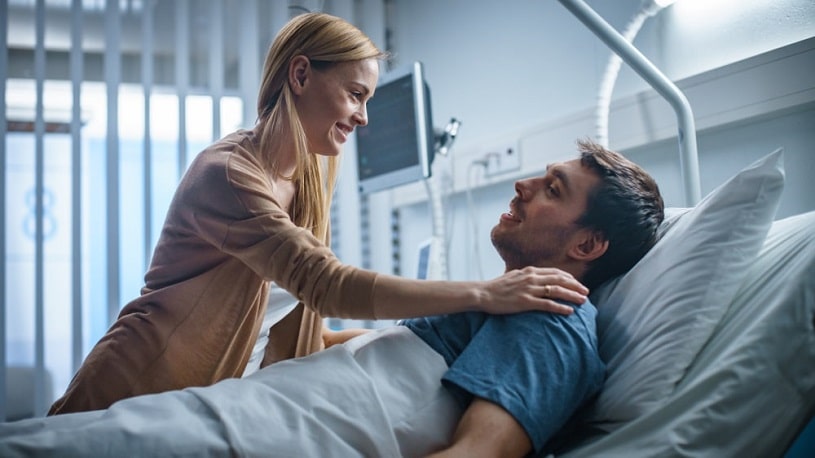 The medications for detox work in two different ways. Some medications promote a stable period of abstinence, such as propranolol, while other drugs such as baclofen, tiagabine, topiramate, disulfiram, and others work to prevent relapse. This is done by reducing the craving for the drug or blocking the euphoria created by the medication.

Some of the medications used as a detox treatment for cocaine addiction include:

What Is The Outcome of Cocaine Withdrawal Treatment?

Symptoms of cocaine withdrawal should not be ignored either by the user or those who live and work with them. When withdrawal symptoms are detected early and managed promptly, the outcome of the dependence program improves considerably and the user has the greatest chance of being drug-free.

Recovery from addiction is possible with the right professional services. The first step to recovery is to enroll in a rehab program. This could be through sponsorship, insurance, or personal support. Insurance coverage can be useful, especially for low-income earners seeking adequate treatment for substance abuse.

There are different approaches offered by various mental health facilities.

These services May Include:

There is a lot to benefit from an intensive addiction recovery program, whether it is family inclusive of personal.

The Treatment Services that One Could Benefit from Include:

These programs are tailored to each individual to tackle their substance use as well as other causal physical and mental health issues. The result is a life free of substance addiction and long-term abstinence.