Hydrocodone is an opioid analgesic that goes with a risk for addiction and has its own dangerous side effects. However, when users disregard the instructions and start mixing hydrocodone and alcohol or tramadol and hydrocodone, they can experience even more severe reactions.

Why Mixing Hydrocodone and Alcohol is Dangerous 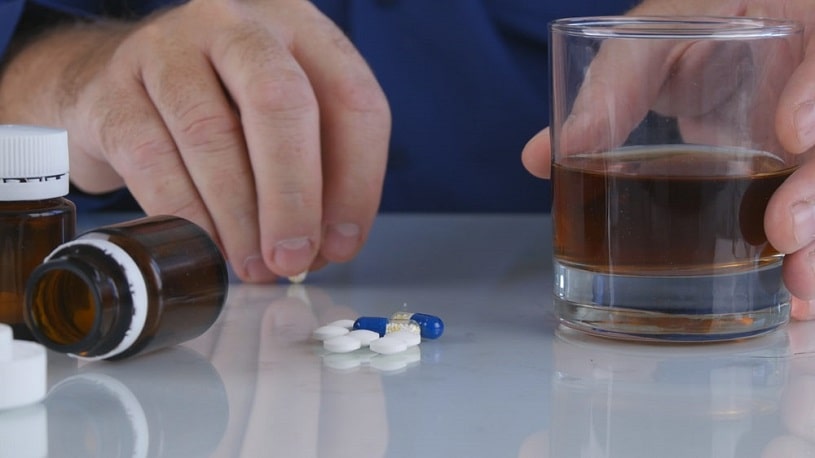 It is quite unfortunate that a remarkable number of people die every day from the abuse of drugs with alcohol mixtures. The United States alone records hundreds of millions of opioid prescriptions yearly, and more than half of people who misuse opioids also consume alcohol.

The drug is usually administered as a cure for chronic pain. The mode of reaction is to create a drowsy effect that relaxes the muscles and numbs the pain. Alcohol is a known depressant and presents with the same feeling of high as the drug; this combined intoxication immediately leads to the nervous system breakdown with major effects on breathing.

Some of these effects need immediate treatment and medical help. Drinking while taking the drug is fatal due to its combined depressant effects. Abuse of the drug on its own can cause a drug hangover, which is medically referred to as the aftereffect of taking large quantities of the medication. The symptoms of hydrocodone overdose alone are quite broad but often less spontaneous than mixtures with alcoholic drinks.

When opioid substances are taken, they find their way into the bloodstream and are absorbed into the body. After these opioids are metabolized and re-absorbed, they are channeled to the excretory system and deposited in the urine.

How Long After Taking the Drug Can I Drink?

A safer period to consider taking alcohol would be from the 5th day after the last dosage typically. It is imperative to talk to a medical professional about specifics such as the dosage amount and other factors that may affect the half-life of the opioid, such as age, weight, and other factors associated with alcohol and opioid reactions.

How Long After Drinking Can I Take Hydrocodone?

Alcohol metabolizes within 10-12 hours in the body and is eliminated from the system within 3-5 days. This would suggest that the 6th day after drinking alcohol is safe to take the painkiller. This is an estimation of when it is safe to take the drug.

Drinking on hydrocodone is a huge risk, so to be completely safe from a health crisis, it is best to confide in a medical doctor for further directives.

It is well known that prescription opiate painkillers can be habit-forming. Prolonged use exposes users to the risks of abuse and addiction. In addition, the concomitant use of this drug with other substances can result in serious adverse reactions, including coma and death. For example, mixing hydrocodone and oxycodone can prove fatal because both are powerful narcotic painkillers that can cause breathing difficulties and worsen heart, liver, and kidney disease. Speaking about gabapentin and hydrocodone, FDA now requires new warnings about the concomitant use of these drugs. Such interaction comes with a risk of serious breathing difficulties and potential opioid overdose. Taking the drug exactly as prescribed by a doctor is essential to avoid the need for additional treatment for the symptoms that develop with drug misuse. 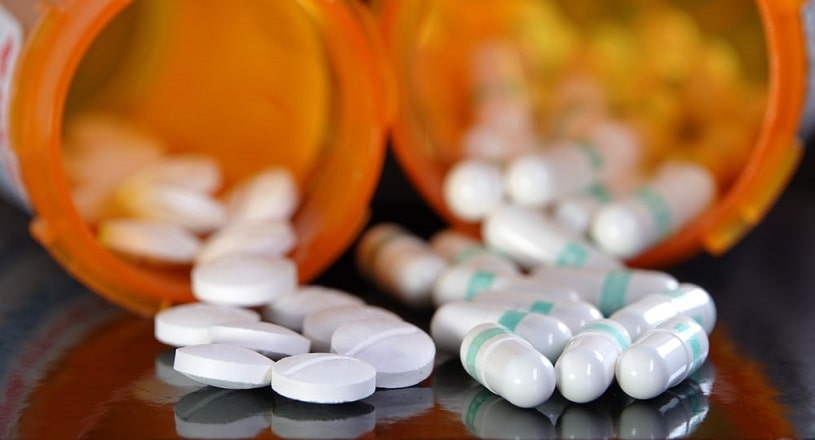 In addition to hydrocodone and alcohol, the interaction with certain medications can result in serious health risks. For instance, an enzyme called cytochrome P450 3A4 (CYP3A4) is responsible for metabolizing more than half of all known medications. Any substance that inhibits the activity of CYP3A4 can cause an increased blood concentration of opioid painkillers. This interaction can lead to life-threatening adverse reactions and potentially fatal respiratory depression. Potent inhibitors of CYP3A4 activity include antibiotics (erythromycin, clarithromycin), antifungals (ketoconazole, itraconazole), and natural substances like grapefruit, so a combination of these drugs should not be taken with the opioid analgesic. In addition to the risk of overdosing, interaction with central nervous system depressants, such as benzodiazepines and alcohol, can result in profound sedation, respiratory depression, coma, and death.

When it comes to hydrocodone and weed, each is dangerous on its own, but the risk is even greater when used together. Marijuana is not as harmless as some people believe; it impacts cardiac and respiratory health. Marijuana makes the heart work harder and causes inflammation in the lungs. Taken together, hydrocodone and weed combination can be very dangerous because the former increases the chances of irregular heartbeat and heart attacks. Mixing the two results in an interaction that puts a strain on the heart and makes the lungs work harder.

Ibuprofen formulations such as Motrin and Advil are nonsteroidal anti-inflammatory drugs (NSAIDs), which are also pain relievers. Hydrocodone and Ibuprofen can be used together and can be effective. This combination is available under brand names such as Vicoprofen and Ibudone. These medications are prescribed to relieve acute pain. This combination should only be used only with a doctor’s prescription for short periods of time (less than 10 days). 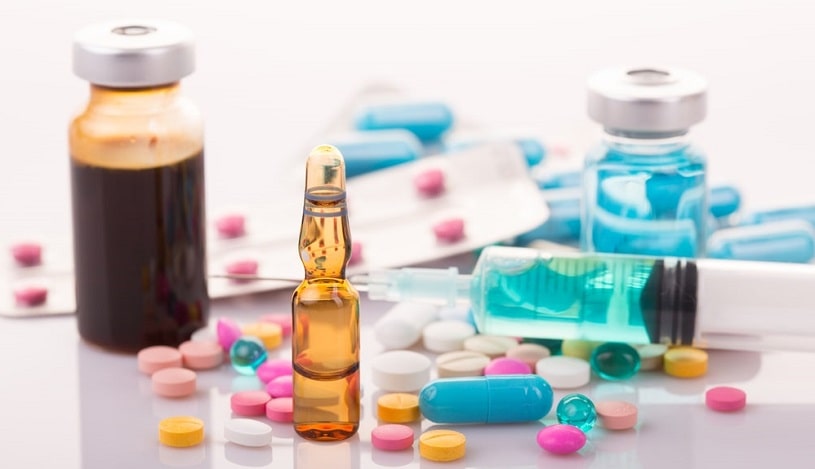 Naproxen (brand name Aleve) is another NSAID known to increase the risk of heart attack and stroke. Mixing Naproxen and opioids can be dangerous because the latter are also known to affect cardiac function. This combination can worsen heart health, especially in people who have high blood pressure or heart failure.

Combining opioids and benzodiazepines is not safe. Benzodiazepines, including Valium and Xanax, are tranquilizers that act on the central nervous system. They are used to treat anxiety and insomnia. Concomitant abuse of prescription opioid pain pills with sedatives such as Xanax can lead to a fatal overdose. Such an interaction can result in life-threatening respiratory depression. Symptoms of benzodiazepine drug interaction with opioids include extreme sleepiness, lightheadedness, slowed breathing, unresponsiveness, coma, and even death.

Is There Interaction Between Tramadol and Hydrocodone?

Both tramadol and hydrocodone are opioid analgesics that change pain perception by attaching to receptors in the brain. They are used to treat moderate to severe pain related to chronic conditions such as cancer or pain following injury and surgery. However, tramadol (brand name Ultram) is a non-narcotic pain reliever. Mixing tramadol and hydrocodone (a narcotic pain reliever) can lead to seizures, respiratory distress, coma, and death.

Risks of Taking Gabapentin and Hydrocodone

Gabapentin (brand name Neurontin) is a prescription medication used to treat nerve pain and seizure disorders. Neurontin doesn’t have the same addiction potential as narcotic analgesics. Still, some addicts take this combination of drugs to amplify the euphoric effect without realizing the interaction between gabapentin and hydrocodone. Mixing gabapentin and hydrocodone can be lethal. A 2017 study published on NCBI has shown that this killer combination greatly increases the risk of overdose and opioid-related death.

Benadryl (generic name diphenhydramine) is an allergy medication that is sometimes prescribed in combination with hydrocodone. Certain medications, such as Tussinate, are a combination of diphenhydramine (antihistamine), phenylephrine (decongestant), and an opioid analgesic. This combination is used to reduce congestion, suppress a cough, and relieve pain. Both drugs can induce dizziness and drowsiness, so extreme caution is advisable, especially when driving or performing hazardous activities.

Alcohol should be avoided when taking this medication because the interaction can be fatal.

Flexeril (generic name cyclobenzaprine) is a muscle relaxant that blocks pain signals to the brain. This medication is not recommended for people who have heart rhythm disorders, heart failure, or heart attacks in the recent past. Taking cyclobenzaprine with opioids increases the risk of serious, life-threatening breathing problems and opioid overdose. Symptoms of this drug interaction may include extreme sleepiness, dizziness, lightheadedness, confusion, slurred speech, profound weakness, and difficulty breathing.

Kratom is a plant-based substance that is being touted as a safe and natural treatment for anxiety, depression, and pain. However, the FDA has issued a public health advisory about kratom, which has effects similar to opioids and a similar risk of abuse and addiction. Some addicts take kratom and opioid painkillers to enhance euphoric effects without being aware of the interaction and the risk of serious health effects such as seizures and liver damage. Using kratom for the treatment of opioid withdrawal symptoms is a dangerous practice. Dozens of deaths have been reported from the use of kratom-containing products. 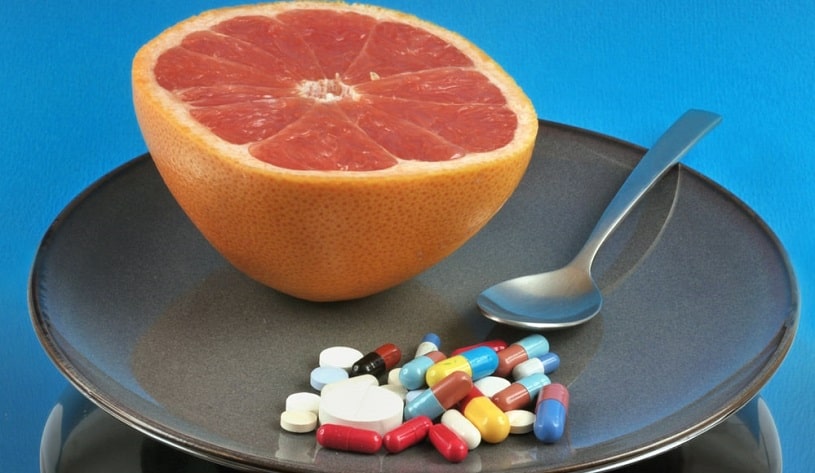 Taking grapefruit juice with medications can increase or prolong the medication’s adverse effects and can lead to an interaction with a potentially fatal slowing of breathing. Grapefruit juice increases the plasma concentration of the drug by inhibiting the CYP450-3A4 enzyme. 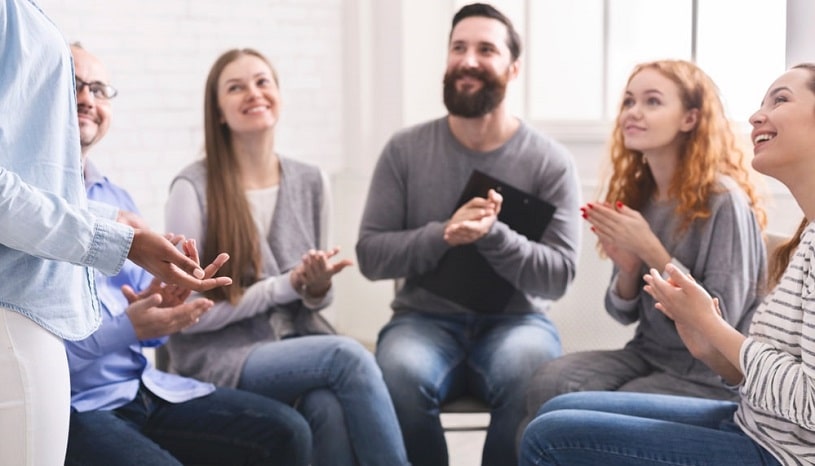 Stopping the drug is a difficult task, but it’s not impossible. Inpatient and outpatient drug rehab facilities offer effective treatment programs for people with an addiction to opioid pain pills. The first step in rehabilitation is usually medical-assisted detoxification, followed by counseling and long-term relapse prevention strategies. Medical assistance will help handle the hydrocodone withdrawal process, and make a life free from drugs possible.