Painkillers Abuse – How It Can Lead to Involuntary Addiction

Prescription painkillers are among the most common drug addictions. This is namely because they are prescribed often, and they’ve been known to help with a range of health conditions and chronic pain. They’re also prescribed after surgery and other medical procedures.

Because they are so often prescribed, many users who become addicted do not set out to abuse the drugs or become addicted. They often take the prescriptions as directed, but still wind up with a dependency. Or, rather, their bodies require higher and higher amounts of the drug in order to produce the desired results. More and more states of the U.S. tighten the rules of issuing the prescription for painkillers every year, but a huge number of addicted to painkillers still remains a problem on a national scale.

Additionally, those who are dependent on prescription pain medications will often experience withdrawal symptoms if the drug is discontinued.

Is it possible to become addicted to painkillers?

Yes, it is possible to develop the addiction to painkillers; they are often prescribed and usually easy to acquire. Those who use painkillers follow the dosage as prescribed, but still wind up dependent on the drug or higher dosage consumption to achieve the desired effect.

Learn About Painkillers Addiction And Abuse:

Estimates are that 4.7 million Americans are addicted to painkillers in the U.S. Up to 7% of people who are prescribed an opiate or analgesic pain medication will become dependent. This doesn’t include those who abuse painkillers when taking them for nonmedical purposes.

What are the side effects of painkillers?

The common painkillers side effects include:

If someone experiences these symptoms while taking prescription pain medication, immediate medical attention should be sought. A health provider may also find suitable variants for relieving pain without medication by natural alternatives or acupuncture. This is common practice for pregnant women as dangerous side effects are possible with using almost all pain meds during pregnancy.

It’s also essential to avoid any interactions with pain medications, since unpredictable side effects may occur, such as respiratory arrest or coma when alcohol and painkillers from opioids class are mixed. Even a combination of non-narcotic pain medication like ibuprofen or Naproxen with other drugs like heart medications may cause high blood pressure and other complications. That’s why it’s always important to ask a doctor about all possible food and medication interactions with painkillers that may appear.

There is a wide range of prescription pain medications to which one may form an addiction. Some are more addictive than others, but all can be abused, and all can cause dependency if taken in excess or if taken for an extended period. 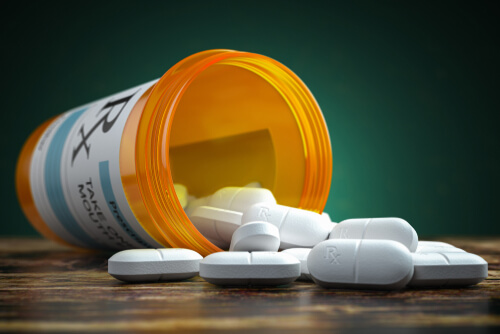 The most common types of prescription pain medications include:

Codeine – This is an opiate painkiller that is prescribed for mild to moderate pain and cough. It is milder than other opiates, but it can still be abused, and it is often used as a gateway drug to more dangerous and addictive prescription drugs or illicit substances.

Demerol – While Demerol is rarely prescribed now, especially outside of a hospital setting, due to its highly addictive nature, it is still abused by many. It is a narcotic and produces euphoria similar to other narcotic painkillers, such as morphine.

Darvon – Darvon used to be widely circulated and resulted in thousands of deaths while they were commonly used. Although they are have been made illegal, they may remain circulating on the black market.

Fentanyl – This drug is rarely used because it is stronger than most others, with up to 100 times the power of morphine. It is commonly used in cases of extreme pain where the patient is already tolerant to opioid medications.

Dilaudid – Known as “hospital heroin” Dilaudid is prescribed for severe pain in rare cases. It can easily cause an overdose, and it often leads to respiratory distress.

Methadone – This medication is most often given for severe pain, as well as for those who are addicted to other opiates, including heroin. This use doesn’t affect its own addictive properties, and it is commonly abused.

Hydrocodone – The main ingredients in Vicodin, Hydrocodone is most commonly combined with Acetaminophen, but it is also given in its pure form. Used often by teens who mistakenly believe that it is safer than other opioid drugs, it is highly addictive and dangerous.

Oxycodone – Although this is one of the most widely prescribed painkillers available, it is also one of the most addictive. It is sold under the brand names Percocet and OxyContin.

Morphine – Morphine is widely prescribed in hospitals, and highly effective at treating chronic pain. It’s also highly addictive and can cause severe, or even life-threatening, side effects.

They all belong to schedule 2 pain meds (except Darvon, which is Schedule 4 pain medication), which means they are extremely addictive and may develop both physical and psychological dependence very fast.

Anyone who uses prescription pain medication can become addicted. Some groups are more prone to addiction than others:

Military Members and Veterans – Although military personnel have lower instances of illicit drug use, their numbers of prescription drug abuse are much higher than the general population. This is likely due to the military’s “zero tolerance” policy when it comes to illegal drugs, but that doesn’t make prescription medications any safer.

Teens – Young adults and teenagers make up a disproportionate percentage of people who abuse prescription pain medications. While military members usually get their medicines through a prescription, teens often get theirs from friends and family members. They also often steal medications prescribed to these individuals. Teenagers do this in order to get painkillers high effects, but it often ends with severe health damage, overdose, and even death.

Chronic Pain Sufferers – Anyone who is prescribed a painkiller can become addicted, sometimes even while following doctor’s orders. For example, Methadone is the most common diabetic nerve pain medication that develops the addiction in people with a long history of diabetes. 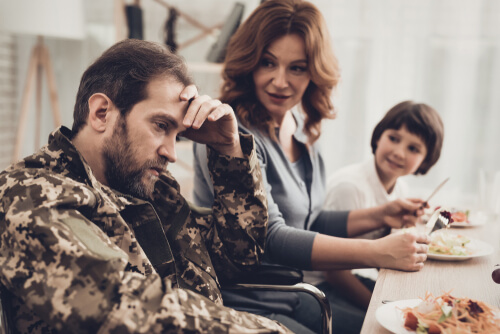 How To Tell If One Has A Problem

What are the signs of painkiller addiction?

The signs of painkiller addiction include:

One may have a problem with prescription painkillers if they:

If any of these criteria describe someone, it may be time to look into an inpatient treatment facility to help overcome the addiction to prescription painkillers. It’s also important to note that any attempts of buying controlled pain medications without prescription may lead to legal liability.

Getting Treatment of Painkillers Addiction

Without timely intervention, painkillers addiction may end with overdose and death. In 2016 year, more than 60 000 people died from prescription painkillers overdose in the United States. Although difficult to face, a painkiller addiction can be overcome with the right treatment. The most useful treatment plan usually involves an inpatient rehabilitation facility. Unlike outpatient counseling or support groups, an inpatient facility allows receiving continual medical supervision during the detoxification period, ensuring negative effects and severe symptoms don’t prove dangerous while painkillers leave the system. Medical detox from pain meds may be done only in the specialized facilities and under the supervision of qualified doctors.

A good rehab hospital will also provide patients with the ongoing counseling, medical care, and support they need to ensure they stay on the right track once they go home. The ongoing treatment plan may include prescription medications, counseling, doctor’s care, and peer support groups.