Focalin (Dexmethylphenidate): Use, Abuse, And Addiction

Focalin, the brand form of Dexmethylphenidate,  is a central nervous system (CNS) stimulant medically used for the treatment of Attention-Deficit/Hyperactivity Disorder (ADHD) in children, adolescents, and adults. Due to the effects of Dexmethylphenidate on catecholamine neurotransmitters, particularly Dopamine, it possesses the propensity for the development of substance misuse, defined as nonmedical or illicit use, and addiction. This is particularly concerning as the prescription and use of central nervous system stimulant drugs have been on a steady rise for the last several decades.

This article will discuss the various aspects of Focalin abuse and addiction including the reasoning and mechanism behind Dexmethylphenidate’s addictiveness, statistics related to its abuse, the effects of Focalin abuse on the human body, and lastly the available treatment options for Focalin addiction.

Focalin is classified as a Central Nervous System (CNS) Stimulant medication that is commonly employed for the treatment of Attention-Deficit/ Hyperactivity Disorder (ADHD) in children(≥6 years), adolescents, and adults. Dexmethylphenidate is the form of Focalin generic, as well as the active ingredient. It is the more pharmacologically active d-enantiomer of the two active isomers that Methylphenidate is composed of, namely d-methylphenidate and l-methylphenidate. 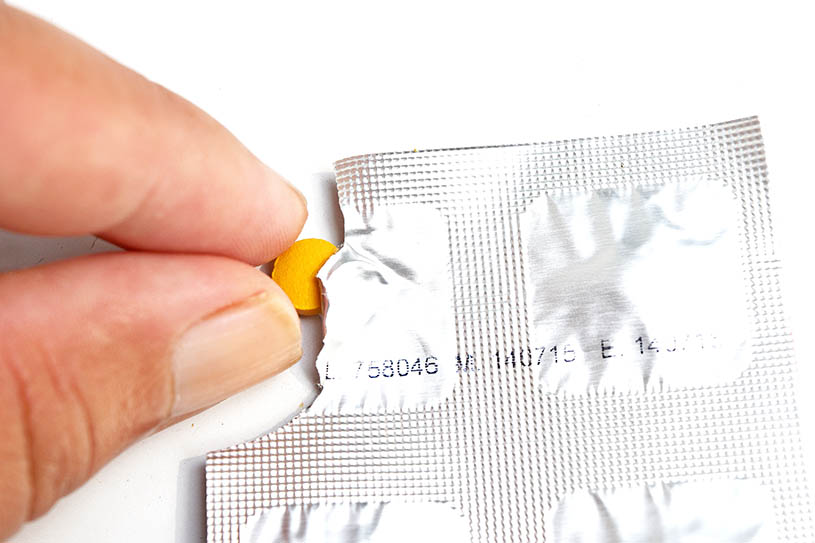 Dexmethylphenidate was approved for medical use in the US in 2001. Although currently this drug is not identified as a narcotic, it is strictly controlled by the United States Drug Enforcement Administration (DEA) and is assigned the status of a Schedule II substance, which means the drug has a high potential for abuse, and may lead to severe psychological and physical dependence. The use of Dexmethylphenidate requires a prescription

What Is Focalin Used For?

The primary FDA-approved usage of Dexmethylphenidate is for the treatment of Attention-Deficit/Hyperactivity Disorder (ADHD) in children(≥6 years), adolescents, and adults.

ADHD itself is a neurodevelopmental disorder that presents in childhood(<12y) with symptoms of persistent inattention, hyperactivity, and impulsivity that are inconsistent with the patient’s developmental stage and interfere with or reduce the quality of social, academic, or occupational functioning.

The exact information on how exactly taking this medication helps treat the symptoms of ADHD is not well known. However, It is surmised that the Focalin mechanism of action underlying the pathophysiology of ADHD is related to the inadequate production of Norepinephrine and Dopamine in the prefrontal cortex. All CNS stimulant medications used in ADHD work by increasing the availability of these two monoamines. Dexmethylphenidate specifically blocks the reuptake of Norepinephrine and Dopamine into the presynaptic neuron and increases the release of these monoamines into the extraneuronal space, resulting in reduced symptoms of hyperactivity, impulsivity, and/or inattention.

Dexmethylphenidate is prescribed as an off-label, second-line treatment for narcolepsy in adults. Narcolepsy is a chronic disorder of the sleep-wake control mechanisms within the brain that interferes with both daytime wakefulness and nighttime sleep, causing constant drowsiness. Dexmethylphenidate for adults with narcolepsy supposedly provides help due to its brain stimulant properties.

Following Are a Few Other Off-Label Uses of Dexmethylphenidate:

Even though Off-label usage refers to the use of pharmaceutical drugs for an unapproved indication or in an unapproved age group, dosage, or route of administration, it is important to remember that healthcare providers imply this treatment option to achieve positive therapeutic responses and help people in unique circumstances.

Dexmethylphenidate hydrochloride is the form of Focalin Generic as well as the active ingredient.

Brand Names Under Which Dexmethylphenidate Hydrochloride May Be Encountered Include:

Internationally it may be encountered as Attenade (Celgene).

Focalin vs Focalin XR: What is the Difference

Focalin and Focalin XR (extended-release) both contain Dexmethylphenidate. The main difference between these two agents is the dosing regimen with which people have to use these medications.

This medication is short-acting and begins to work in 30–60 minutes after administration. The quick onset of action is a major advantage of Focalin medication, but the major drawback is its short duration of action of 2–5 hours which requires that the drug be taken two to three times per day.

Focalin XR offers similar benefits to therapy, but with an added benefit of a prolonged duration of action that allows a once-a-day dosing regimen.

For example, instead of taking IR Dexmethylphenidate 2.5 mg two times a day, people may take Focalin XR 5 mg once a day in the morning for the entire day, which is more convenient.

Lastly, it appears that the abuse liability of the extended-release (XR-16%) form of Dexmethylphenidate is much lower than that of the immediate-release form (IR-81%). This was demonstrated in a survey by Bright and Delphia which evaluated the abuse potential of prescription stimulants among patients with ADHD.

Focalin dosage is unique to each patient and is individualized based on their clinical response to therapy and treatment-associated side effects. Furthermore, the dosing for Focalin medication is different between adults and pediatric patients. 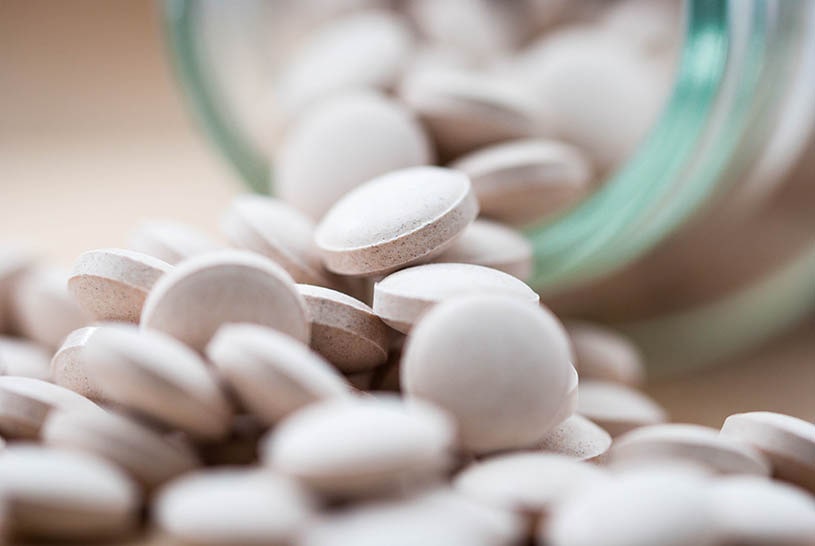 As previously mentioned, Dexmethylphenidate works in the central nervous system to increase the availability of two catecholamines, Dopamine and Norepinephrine, by promoting their release from neurons and preventing their reuptake. This effect is particularly potent for the Dopaminergic neurons projecting from the ventral tegmental area (VTA) in the midbrain to the cerebral cortex and the limbic areas.

This pathway has been termed the “reward circuit pathway”, and its activation is the probable mechanism behind the development of Focalin addiction in people.

Thus, although extensive literature indicates both the short-term and longer-term effectiveness and tolerability of the stimulants such as Focalin medication in the treatment of ADHD, there are also significant long-standing preclinical and public health studies that highlight the liability for abuse and ultimately the development of dependence( Focalin addiction) to the same stimulants used in the treatment of ADHD. These considerations may force patients to look for alternatives to Dexmethylphenidate.

What Makes Focalin Addiction And Abuse so Frequent?

The number one reason that lies behind the high rates of Focalin addiction is its wide availability. Based on a US National Survey of Children’s Health in 2003, out of the 4.4 million children aged 4 to 17, who had received a lifetime diagnosis of ADHD, around 56% or 2.5 million were prescribed ADHD medications. Out of this large pool of prescription users, it was reported that around 23% of the middle and high school students who had prescriptions for stimulants were approached to either sell, give, or trade their stimulant medications.

Furthermore, ignorance also has a role to play in the frequency of misuse and the development of Focalin addiction. In a study that evaluated stimulant use and the potential for abuse in Wisconsin published in the Journal of Developmental and Behavioral Pediatrics, it was reported that no child thought that drugs used in the treatment of ADHD could lead to abuse.

Lastly, the rapid onset of its action(~30min), especially if used parenterally, could potentiate and reinforce the liability of Focalin abuse and the development of addiction.

According to statistics provided by the ClinCalc DrugStats Database regarding this medication, over 2 million prescriptions of this medication were issued in the US in the year 2016. The availability of this drug in the US keeps increasing, which is an integral part of the abuse potential of a drug.

Below Are Offered Relevant Statistical and Demographic Information Related to Focalin Abuse and Addiction:

Based on the available information it is clear that misuse of stimulant medications, including Dexmethylphenidate, is quite prevalent, especially in adolescents.

Symptoms and Signs of Dexmethylphenidate Abuse And Addiction

There can be two different sets of symptoms to look for in individuals who misuse stimulants, including Dexmethylphenidate. One set of symptoms will be associated with CNS stimulant intoxication as a result of abuse and the other will be associated with Stimulant use disorder, which denotes addiction to Dexmethylphenidate and includes the criteria of generalized Substance Use Disorder (SUD).

Individuals who abuse stimulants, including Focalin ADHD medication, will display a set of  behavioral and physical signs and symptoms of stimulant abuse.

Symptoms and Signs of Stimulant Use Disorder

As mentioned above, dependence and addiction to stimulants, including Dexmethylphenilate, denotes a Stimulant Use Disorder, a subtype of Substance use disorder included in The Diagnostic and Statistical Manual of Mental Disorders.

The Symptoms and Signs of Dexmethylphenidate Addiction Could Include:

These characteristic patterns of behavior will occur in conjunction with the physical health and behavioral manifestations of stimulant intoxication, such as weight loss, paranoia, agitation, etc. The combination of these symptoms and signs will help identify patients who may need help and addiction treatment.

Dangers of Dexmethylphenidate Abuse And Addiction

The use of Dexmethylphenidate can be associated with several dangerous conditions. High dose or sustained use of Dexmethylphenidate can lead to Stimulant Intoxication Delirium. The use of stimulants can also be associated with the development of stimulant-induced bipo­lar, depressive, anxiety, and obsessive-compulsive disorders. Chronic misuse of stimulants can also be linked with sexual dysfunction such as erectile dysfunction. Dangerous somatic health effects of Focalin medication misuse can be related to Dexmethylphenidate long-term side effects, such as  myocardial infarction, severe hypertension, cerebrovascular disease, ischemic colitis, sei­zures, coma, and even death. 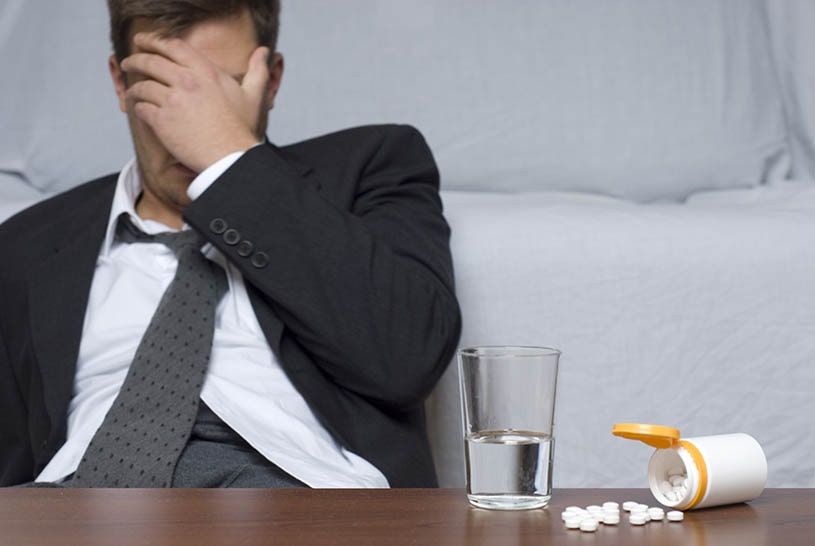 The recommended therapy for help with Dexmethylphenidate addiction consists of supportive measures such as protecting the patient against any self-harm or similar behavior. Furthermore, long-term use or Focalin abuse can result in tolerance to the drug and discomforting withdrawal symptoms.  Those who suffer from addiction are advised to go through behavioral therapies in rehabs and to avoid any external stimuli that may aggravate their need to consume the drug and to prevent adverse health reactions associated with withdrawal and detoxification. The treatments for addiction also include detoxifying their body and going through an intensive process of therapy, medication, and counseling.