Addiction Resource » Drugs of Abuse » What is Suboxone?

What Is Suboxone? Suboxone Addiction: Signs, Symptoms, and Treatment

Suboxone is a combination of two drugs buprenorphine and naloxone that are used to treat opioid withdrawal symptoms and opioid use disorder in general. The way it works is two-fold. Buprenorphine is an opioid agonist meaning it binds to opioid receptors in the brain to relieve cravings and lessen withdrawal symptoms. Naloxone is an opioid antagonist that blocks these same receptors from bonding with opioids reducing the narcotic effect of the drug.

The drug can be administered in a variety of ways, but the most common ways are oral with either:

Buprenorphine/naloxone aka Suboxone is a key element in the medically-assisted treatment of opioid use disorder. Suboxone is a combination of two drugs – buprenorphine and naloxone – that acts to both lessen opioid withdrawal symptoms in patients with opioid use disorder and block opioid receptors in the brain. Buprenorphine is a mild, commonly prescribed opioid that works in the same manner as methadone in weaning users off of opioids through the detoxification process. The differences between buprenorphine and methadone are minimal and the two are often prescribed interchangeably. Some evidence suggests that methadone may be preferred among OUD patients for its effects and that it is more effective for patients with severe cases of opioid addiction.

Buprenorphine is regarded as safer for its lack of abuse potential, which is why it is often recommended for those with milder cases of opioid dependency. Buprenorphine is a schedule III controlled substance according to the Drug Enforcement Agency put it in the same class as over-the-counter drugs like Tylenol and illegal anabolic steroids. Naloxone is an opioid antidote and it is used not only as a treatment for drug addiction but to reverse the effects of an opioid overdose. Naloxone aka Narcan was first synthesized in the late 1960s and was classified as an essential medicine by the World Health Organization in the 1980s. Only recently, with the onset of the opioid epidemic in the US, has Narcan emerged as a life-saving medicine for those who are experiencing an opioid overdose.

What Is Suboxone Used For?

Suboxone pills help opioid-addicted patients find relief from opioid withdrawal symptoms. Additionally, it also helps to reduce cravings from highly addictive drugs like heroin and oxycodone. This is why doctors use it as a replacement for stronger opioids. On the other hand, Naloxone is an opioid receptor antagonist. Consequently, it inhibits the effects of opioids on the brain. The United States Food and Drug Administration (US FDA) allows doctors to use it in the following types of treatments.

This is one of the drug addiction treatment methods aimed at rapid detox of the drug from the body. Consequently, medical detox uses the combination of buprenorphine and naloxone to reduce withdrawal symptoms safely.

The role of Suboxone clinics in treating addicts of Methadone or other long-acting opioids hasn’t been extensively studied. Therefore, doctors do not recommend its use in such cases. Instead, Buprenorphine alone is the choice of treatment. A doctor may prescribe buprenorphine/naloxone after completing induction therapy.

People addicted to heroin or other short-acting opioids should begin treatment no later than 6 hours after the last dose or when withdrawal symptoms become noticeable.

The doctor may use it as a part of maintenance therapy. This can happen once induction therapy is over and the patient has been stabilized. The treatment aims to reduce drug cravings and prevent withdrawal symptoms from coming back.

This drug acts in a dual manner – to avoid cravings and opioid withdrawal. Therefore, the basic idea behind combining the two oppositely acting medications in a single formulation is to maintain a constant supply of the weaker opioid drug, buprenorphine, to trick the brain. This helps to reduce cravings and withdrawal symptoms. On the other hand, Naloxone limits the effects of opioids and is thus prescribed to prevent or even reverse a number of opioid-induced symptoms, such as drowsiness, respiratory depression, and loss of consciousness.

Can a Person Get Addicted to Suboxone?

Someone who does not have an opioid dependency can, in certain circumstances, develop one if they mistakenly or recreationally use the drug. But the drug is not as powerful or euphoria-inducing as other opiates like heroin, morphine, or oxycodone. It is more likely that someone with OUD would use the drug to relieve withdrawal symptoms after stopping other opiates. Developing an opioid addiction strictly by using this substance is exceedingly rare. The nature of opiates is one of tolerance, wherein users continually seek more intense effects at higher doses, which the medication alone cannot deliver because of something called the “ceiling effect”. The “ceiling effect” refers to the limit that is built into treatment as it dampens the effect opiates have on the opiate receptors, which prevents any substantial addiction from occurring.

Suboxone can be administered in a controlled setting to make sure a dependence on the treatment medication does not occur. Often, this is achieved in one of the following ways: 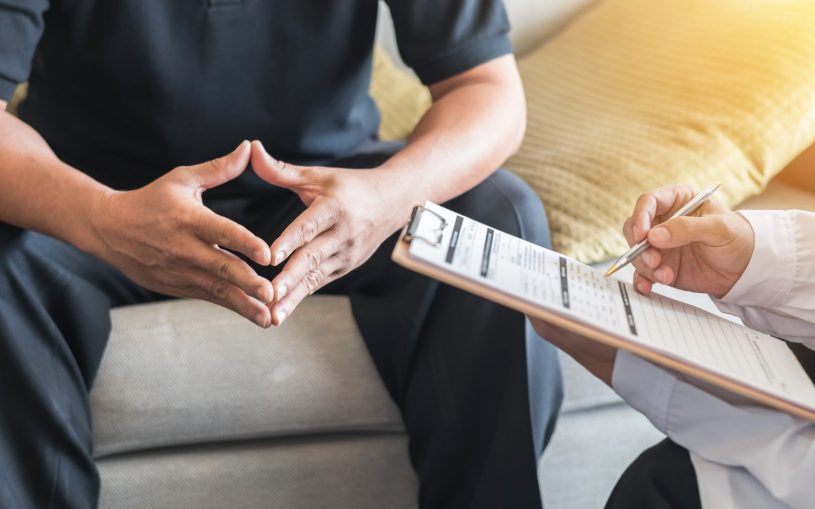 There are some risks associated with this therapy, but if used correctly and in the right environment, it can help reduce the risk of any adverse effects of Suboxone and help people get into recovery.

People who self-medicate with the drug or use it at home should only do so when prescribed by a doctor to make sure they do not interact with other medications.

Any opioid has the potential to be abused or diverted, i.e. taken in a non-medically prescribed way and the same applies to Suboxone. But the diversion of the combination medication carries fewer risks than abuse of other, more potent opioids like heroin, morphine, or methadone.

Some Potential Risk Factors Include:

Even when factoring in the above, however, treating opioid withdrawal and dependency with Suboxone is a far safer option than no treatment at all. Many users who abuse the treatment do so as a form of self-medication to induce withdrawal or manage their withdrawal symptoms.

Abuse of buprenorphine alone also carries less risk than abusing stronger opioids, as it is only a partial opioid agonist compared to the full agonist types like morphine and oxycodone. This type of film medication has less number of withdrawal symptoms a better safety profile than many other medically-assisted therapies given the two drugs it contains are both opioid blockers – buprenorphine is only a partial opioid agonist and naloxone is an opioid antagonist – which prevents a user from feeling the effects of any opioid.

A lot of people who take opioid blockers worry about how long the drug stays in the system because of random drug tests at a rehab facility or at work. Many recovering addicts who received it as part of a treatment program keep using it long after they’ve stopped abusing the illegal drugs. This is known as Suboxone relapse. Drug screening is a routine part of treatment at most treatment centers, but some centers may carry out a test for unauthorized use based on signs of abuse exhibited by patients.

However, if a Patient Were to Be Under the Influence, They Would Show Signs Like:

These symptoms are more likely to appear in never-users of opioids or people who have never had an opioid dependency and have tried either buprenorphine or naloxone for the first time. Taking these drugs can seriously affect someone’s overall health so they should be avoided unless prescribed by a doctor.

Some of the More Common Behaviors That People Should Be On the Look at for Include:

Buprenorphine/naloxone should be given in a medically assisted environment to lessen the risk of dependence. However, several studies from around the world have found that many users acquire the drug (either legally or illegally) as a way to self-medicate without medical supervision.

While this is not ideal, users from a variety of locations and regions from the US, France, India, and Finland report using Suboxone outside of clinical supervision to mediate their withdrawal from more powerful opioids or to lessen the effects of drugs like heroin.

There are fewer risks associated with taking Suboxone, but users should also be aware of the following:

Clinicians should take every patient’s history into consideration when prescribing buprenorphine/naloxone, but there are many more benefits to administering the drug than not. This fact is borne out by the hundreds of users who report therapeutic use of Suboxone rather than for intoxication. 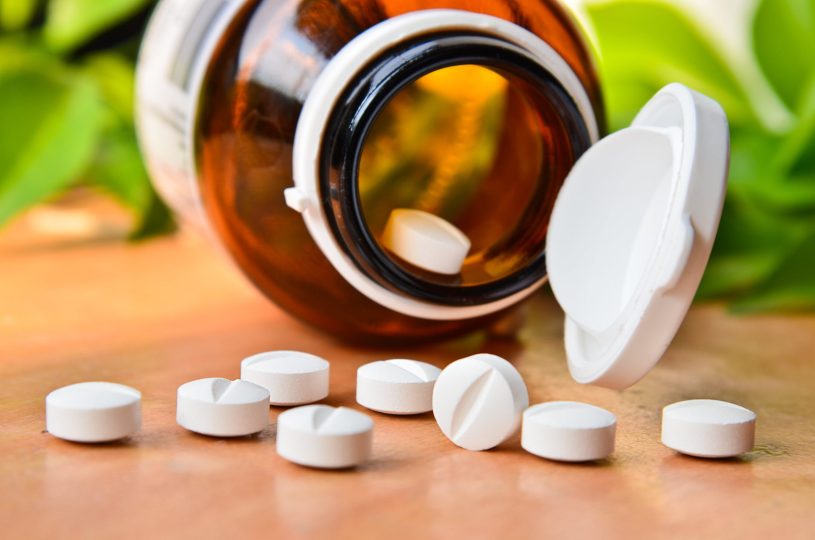 How to Treat Suboxone Addiction?

Suboxone addiction can be treated successfully at the right Suboxone clinic. Though it is itself prescribed to treat addiction, the recovery process for addiction is similar to that for other addictive substances. Addiction treatment starts with medical detox, followed by comprehensive therapy. No medication is given as part of the Suboxone addiction treatment protocol as it is a replacement drug. Detox is supervised and withdrawal symptoms are monitored at the center. After this period, the recovering addict receives counseling. Individual therapy with a treatment professional can help them understand the psychological component of dependence.

Getting Help From a Rehab

While the chances of developing a serious dependence on Suboxone is extremely low, many users may find that an in-patient or outpatient rehabilitation program can help them manage their addiction, if it is covered by their insurance or the ACA. Other users may feel a voluntary 12-step program can also help them stave off their cravings especially in a supportive and non-judgmental setting like a 12-step group.

This is often the case if the person was addicted to a stronger drug like heroin before and this addiction was transferred to the replacement drug. One can start feeling weaker and weaker, both physically and emotionally, after each relapse. This aspect is unique to Suboxone addiction and a professional therapist will take it into account. It is important not to depend only on this drug for recovery. Finding productive new ways to use one’s energy and keep busy is of paramount importance. It is important to talk to a drug rehabilitation centers professional about cravings before beginning to misuse Suboxone to prevent addiction and, if addiction is already present, to turn to a rehab to minimize withdrawal symptoms.