Effects Of Drugs On Your Heart: The Dangers Of Abuse

Everything that is being consumed imposes effects on the system. In terms of the cardiovascular system, consumption of alcohol is one of the main culprits. However, there are more to be blamed for and one of these is the medications being taken, since there are also some medications that cause kidney stones. For example, even if the drug is not intended for the cardiac muscle, some of its side effects may cause dangers to it. According to the World Health Organization, around 180,000 people globally die each year because of substance abuse and addiction, and usually, deaths are due to coronary artery disease or cardiac infarction. Because of these statistics, it is necessary to know drugs that lower heart rate, the medications that may cause harm to the cardiac muscle and heart failure drugs.

In this article, the question: how do drugs affect the heart will be answered, and a list of medications that alter the myocardium and its functions, chemicals that induce heart attack, enlargement, cardiac arrest medications, and the association of drug overdose with cardiovascular failure will be provided.

How Do Drugs Affect The Heart?

What are the effects of drugs? When a drug produces a side effect and it was not managed well, the health would be at risk, and this goes the same for non-cardiovascular medications. So, how do drugs affect the heart? According to the American Heart Association, even if a certain drug is not intended for the myocardium, this drug may still produce cardiovascular adverse effects, and some of these include the following:

Furthermore, the medications that may cause these cardiovascular adverse effects are usually illegal drugs. When these medications are abused or misused, there would be an alteration in the functions of the heart, leading to an increased risk of cardiovascular disease. Illegal drugs are also known to cause liver toxicity.

The heart rate can be increased or decreased by both cardiovascular and non-cardiovascular medications. According to a study of medical doctors from Italy, the HR of a person is an important indicator of mortality as it may represent underlying health conditions such as hypertension, hypercholesterolemia, and low/high sugar levels. 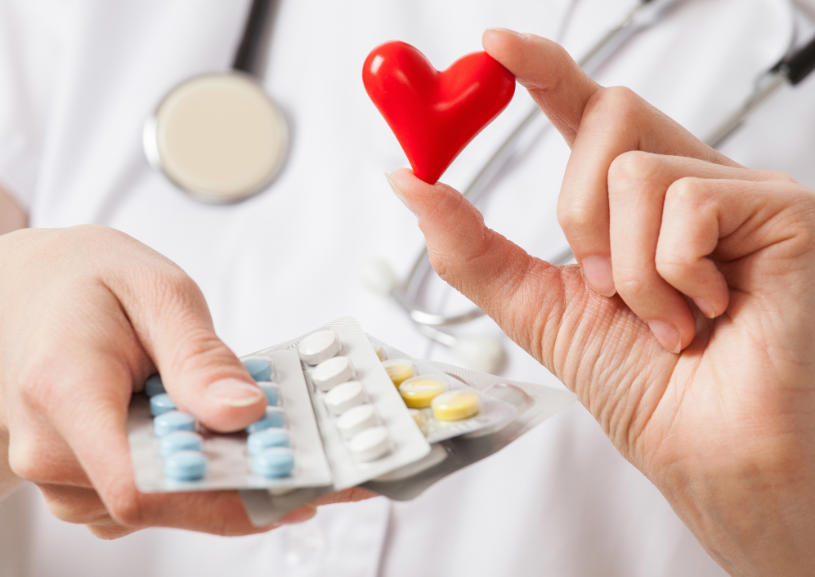 Take note that the normal pulse rate is 60-80 beats per minute and according to a study of physicians from France, every additional 10 beats per minute increase the blood pressure and this can lead to an increased risk of death from cardiovascular disease. Since maintaining a normal HR is crucial to blood functions, the following information about the list of drugs that increase heart rate should be taken into consideration:

Take note that even a psychoactive drug that targets the brain is also considered one of the drugs that can increase heart rate and cause alterations to the functions of the heart. Some of these medications include the following:

Since there are many drugs that can increase heart rate, when patients use any of them, they must regularly monitor pulse and blood pressure. In case elevated blood pressure is observed, it is advised to seek emergency medical care as soon as possible to avoid dangerous health events.

Steroids are also used for the treatment of painful joints, and undergoing steroid drug therapy may cause tachycardia. According to a study of pharmacists from Canada, up to 80% of patients who use high doses of steroids may experience arrhythmias, including faster heartbeat and increased blood pressure, and these are some of the side effects of the drug. Some of these steroids include the following:

Furthermore, anabolic steroids, the ones that are used for the treatment of imbalanced testosterone levels, can also affect the cardiovascular system. According to a study published in The Medical Journal of Australia, addiction and abuse in the use of these steroids may cause cardiomyopathy, palpitations, and increased blood pressure. Moreover some studies assert that steroids are the drugs that affect sperm quality.

Even if the drug is not intended to target a specific system, the drug can still affect the other parts of the body.

There are also drugs that lower heart rate or bradycardia (below 60 beats per minute). According to a study of healthcare professionals from New Jersey, antihypertensives are the drugs that lower heart rate, and those who have an addiction and abuse history in the use of these medications may experience severe bradycardia, a dangerous form of slow pulse rate. When bradycardia is left untreated, it can lead to lower blood pressure.

Some of the Drugs That Lower Heart Rate Include the Following:

Aside from these agents that can lower blood pressure, there is also a substance that can slow the pulse rate of a person and that is Lithium.  Lithium belongs to the drug class of antimanic agents and its primary use is for the treatment of bipolar disease. According to a study of medical doctors from Port Jefferson, addiction and abuse in the use of this substance may cause the HR to drop down to 41 beats per minute.

Medicines that Cause Heart Failure

Heart failure, sometimes known as congestive heart failure (CHF), is a health disease that develops when the cardiac muscle is unable to pump enough blood which the body needs. There are many reasons why cardiac failure occurs. Some of these include an unhealthy lifestyle, pre-existing medical health conditions such as diabetes, and the abuse or misuse of heart failure drugs and other substances.

Some of the Heart Failure Drugs Are Listed Below:

According to a study of medical doctors from California, from the 6 heart failure drugs above, the highest percentage of patients with cardiac failure comes from those with opioid abuse and addiction. In the same study, it was reported that the prevalence rate of opioid drug abuse and addiction is 8.2%. Moreover, having cardiac failure does not mean that a patient’s heart has stopped. It just means that a patient has a serious health condition that needs to be treated immediately. For those using any of these heart failure drugs, it is advised to strictly follow the doctor’s prescription. Some patients may also wonder if brain damage from drugs is possible? 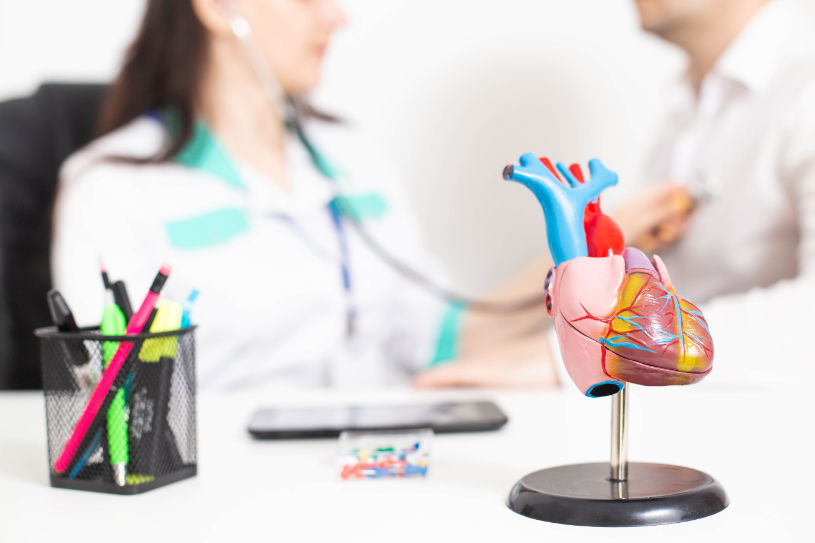 Cardiac arrest is a health condition that comes without a warning. According to the Sudden Cardiac Arrest Foundation, every day, around 1,000 individuals in the United States suffer from sudden cardiac arrest and only 10% of these people survive. Just like myocardial infarction, this health condition is triggered by many factors, including drug abuse and addiction.

Some of the Cardiac Arrest Medications Are Included in the Following Information:

Take note that aside from CHF, even cocaine and methamphetamine are considered cardiac arrest medications. In case someone has overdosed or misused any of these substances, cocaine or meth, and the ones listed above, it is advised to seek immediate medical care. People who also abuse or have an addiction to these illicit cardiac arrest medications may consider enrolling in a rehab center for safer detoxification and treatment. Take note as well that cocaine must never be used with alcohol. According to a study published in the Journal of the American Heart Association, consuming alcohol and cocaine together could lead to an increase in blood pressure.

Can Drugs Cause an Enlarged Heart?

Medically termed cardiomegaly, this health condition occurs when there is damage to the cardiac muscle. According to physicians from the USA, patients with cardiomegaly are usually asymptomatic. Take note that this cardiomegaly is not actually a health disease. Instead, it is a sign that a patient has underlying other medical health conditions. For those who wonder, can drugs cause an enlarged heart? The answer is that there are factors that contribute to the enlargement of the cardiac muscle due to the medications being taken such as cocaine and crack. According to a study of medical doctors from Boston, 30% of patients with cardiomegaly die each year.

Commonly, illicit medications are responsible for causing cardiovascular failure, and abusing them makes the patient become more at risk of having a severe or dangerous myocardial disease.

Drug Overdose Heart Attack: Is There Any Relation?

Also known as myocardial infarction, a heart attack occurs when the flow of blood to the myocardium is blocked. According to the Centers for Disease Control and Prevention (CDC), one person is having a myocardial infarction every 40 seconds. There are many causes of this attack and one of these is overdosing on heart attack medications. According to the American Heart Association, when a patient has experienced drug overdose from heart attack medications, especially from opioids, that patient is at a high risk of developing cardiac arrest.

In the same study, being overdosed on the heart attack medications Benzodiazepines (prevalence rate of 21.5%) makes the patient become more at risk of experiencing cardiovascular adverse effects including myocardial infarction. Therefore, patients who are using any of these chemicals that induce heart attack must strictly follow their doctor’s prescription.

Can a Drug Overdose Cause Cardiovascular Failure?

When a patient overdose on a drug that can alter the functions of the heart, cardiovascular failure may be observed. This failure caused by overdose is due to the following reasons:

According to a study of medical doctors from Macedonia, those who use cocaine are at a higher risk of having this cardiovascular failure. Aside from the cardiovascular system, overdose on cocaine causes multisystem complications. Therefore, for those who abuse or have an addiction to cocaine and want to quit, seeking resources such as rehab centers and addiction treatment would be of great help in quitting cocaine and related substances safely.

Indeed, the medications being taken by a patient greatly affects the system and overall health. There are also medications that cause pleurisy (inflammation of pleura). In terms of the cardiovascular system, it is safe to say that many medications, cardiovascular or noncardiovascular, may affect the functions of the heart. Patients who are addicted or abusing these illegal medications may consider drug detox centers. There are many professionals in these facilities that can help patients get off these dangerous medicines safely. A patient can enroll in an outpatient or an inpatient detox program. Any of these will give the patient the safest detox process.