What is Diazepam? The Risks of a Common Prescription Drug

Diazepam (Valium) is prescribed for muscle tension, depression, and alcohol withdrawal symptoms. It is a sedative, which means it slows the body’s processes to help achieve a specific result. Those who struggle with anxiety, for instance, may feel calm and more at ease while taking it. It is common to prescribe Valium for pain because it also helps relax stiff muscles, making it popular with people struggling with certain conditions characterized by chronic physical discomfort.

What is Valium Used for? 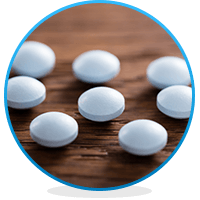 The generic Valium name is Diazepam. What does valium do? Doctors prescribe it to treat anxiety and seizures. It is important to be familiar with the medication guide one receives when the drug is purchased before one starts taking it and each time a Valium pill refill is obtained. The medication is taken orally with or without food depending on what the doctor said or what is written in the guide. If the liquid form of this medication is used, a special measuring device is provided to see how much is taken. It is not recommended to use a household spoon because the user could get the wrong dose
Valium uses and Valium dosage are based on the patient’s age, medical condition, and response to treatment among other factors. It is important not to increase the dose or use it more often or for longer than indicated in the prescription. This will not lead to quicker improvement of one’s health condition and also increases the risk of side effects. Use of the drug in a way different from that prescribed qualifies as Valium abuse.
Diazepam is part of a group of drugs called benzodiazepines and is usually prescribed as a tranquilizer or sleeping pill to help in the treatment of stress, anxiety, or insomnia. It is most often taken as a pill, but can also be provided in liquid form or administered intravenously. Diazepam is actually the best-known drug in this class. Other commonly used ones are Librium (chlordiazepoxide), Xanax (alprazolam), Restoril (temazepam), Ativan (lorazepam), and Dalmane (flourazepam). There are also less common benzodiazepines such as Phenazepam.

Effects of Valium: How it Works

Valium works by creating a sense of calm and relaxation. It can lead to drowsiness or weariness in some, which is why it is often taken as a cure for insomnia. Given its effects, it’s normal to ask, “Is Valium addictive?” Diazepam addiction will occur if the drug is taken at higher doses or frequencies than what is prescribed.
Diazepam can cause symptoms similar to those of consuming too much alcohol when taken in higher doses, such as slurred speech, an unsteady gait, impulsive decisions, reduced interpersonal skills, sleepiness and delayed reaction time, and reduced cognitive function or perception of surroundings. Over time, symptoms may include memory issues, slowed cognitive function, impaired judgment, and shortened attention span. Dizziness, blurred vision, and feelings of exhaustion may also occur over time. If someone experiences any serious side effects of Valium, including severe mood swings, memory problems, hallucinations, depression, restlessness, trouble speaking or walking, yellowing eyes or skin, trouble urinating, and signs of infection. If one experiences an adverse reaction to the drug, it is wise to consider a Valium alternative.
It must also be kept in mind that Diazepam can stay in the system for quite a while. Its half-life is 43±13, and some of its active metabolites have a half-life of up to 100 hours. This is important to remember if the person who is prescribed Diazepam operates heavy machinery or is planning to become pregnant. This drug helps many people, but it can sometimes cause drug addiction. This risk is higher in people who have an existing substance use disorder.

What are the Signs of Valium Addiction?

Diazepam addiction occurs when someone becomes dependent on the drug for day to day function. Troubling symptoms may occur when he or she hasn’t had a dose in a while. Valium addiction withdrawal symptoms include:

Interactions between Valium and other substances may change the way medications work or exacerbate the risk of grave side effects. Users are advised to keep a list of all the products they take, including herbal products and nonprescription drugs, and share it with their physician. Do not start, stop, or change the doses of any drugs without a doctor’s approval. Diazepam has been known to interact with clozapine, orlistat, fluvoxamine, sodium oxybate, and grapefruit juice.
Diazepam is sometimes used to counteract stimulants like cocaine or ecstasy. It can be referred to as a downer, trank, candy, moggie, or benzo. Although it is prescribed legitimately, Valium addiction potential increases because the drug becomes less effective over time. This often leads to dependence as users up their dosage to achieve the same Valium high. What is worse, one of the side effects of Valium addiction is increased anxiety, which can lead users into a deadly cycle of trying to counteract side effects by using more and more of the drug.

Anyone who takes Valium, especially when it’s being taken against a doctor’s recommendations or without a prescription, can become addicted. For this reason, it’s very important to only take this medication under a doctor’s supervision, and exactly as directed. Additionally, some individuals are more likely to become addicted than others.
Valium abuse is more common among veterans, for instance, who may suffer from co-occurring disorders. Depression, post-traumatic stress disorder, and anxiety are all more common among veterans, all of which may lead to self-medication with prescription drugs. Those in high-powered careers may also have valium abuse symptoms. This often starts with taking the drug for its sedative properties due to anxiety or insomnia, but can soon spiral into addiction. Teens and college students are also at risk, especially if they have parents or family members who have been prescribed Diazepam. It’s not always easy to tell when someone has slipped into an addiction, especially if the drug they are addicted to is one they are taking with a prescription. 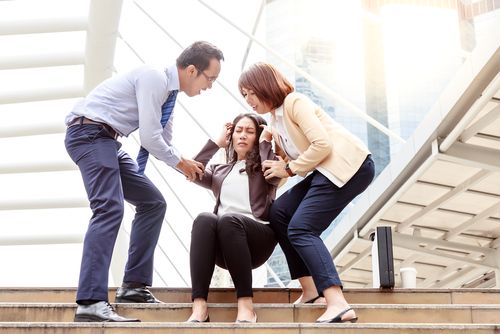 When Diazepam is taken in excessive quantities, it can cause fainting, severe drowsiness, slow or shallow breathing, heavily impaired judgment, and loss of consciousness. If someone has overdosed on Valium and has serious symptoms such as trouble breathing or passing out, call 911 or a poison control center immediately. Signs of Valium abuse include:

Symptoms of addiction to Diazepam:

Is a Loved One Addicted?

Ways to tell if a loved one is addicted:

In 2011 alone, doctors prescribed Valium almost 15 thousand times. It has been reported that nearly 1.2 million people had not used benzodiazepines as directed in 2013, abusing the drug class – which includes Valium. The total number of benzodiazepine treatments rose nearly three-fold between 1998 and 2008. According to the DEA, nearly 27,000 emergency department visits were related to Diazepam in 2010, nearly 81,500 calls to poison control centers involved a benzodiazepine in 2010, and more than 7,900 people died of overdoses involving benzodiazepines like Diazepam in 2014. Valium abuse is widespread among teens as well – the high prescription rates and availability of Diazepam without a prescription contribute to this.
According to the latest annual survey of the National Institute on Drug Abuse (NIDA), which is part of its Monitoring the Future study, 8% of 10th graders admitted abusing Valium and 9% of 12th graders admitted lifetime abuse. On this survey, the use of benzodiazepines is recorded as part of a group of tranquilizers.

The first step in getting help for Diazepam abuse is acknowledging that one has a problem. Once this has been established, a drug counselor can guide them to the appropriate next steps. Support groups and outpatient counseling are two popular options for those who have drug addictions. These are beneficial for many, but inpatient facilities offer more hope for getting clean and sober without relapse over the long-term. They begin by helping the user detox off the drug, and then counseling and peer support is offered within the framework of a safe location where access to drugs is limited.
Treatment is urgently needed if a loved one is registered or trying to register with more than one personal physician, or they go to different pharmacies to get their prescriptions. What is more, a lot of benzodiazepines like Valium are readily available to purchase online.

Finding the right Valium addiction treatment facility that can help one stop taking Valium or minimize intake can be a difficult and time-consuming process. When looking for a treatment facility, the choice should involve a number of factors, including whether the substance abuse treatment center offers a free help and evaluation service, help in picking out the most cost-effective options, guidance on the best rehab options given the user’s specific situation, information on quality of care, and viability of clinical practices. One needs complete clarity in order to make the best possible decision and treatment choice.
Treatment in a detox or rehab clinic is the best way to make sure one attains long-term recovery from Valium addiction. Addiction treatment facilities address both the physical and emotional issues underlying the addict’s problems, helping him or her understand more about themselves and why they became addicted to Valium. What is more, addiction treatment clinics provide a secure and safe environment with medical staff to monitor and supervise every stage of treatment, from detox to rehab and an aftercare plan.