Cymbalta For Pain, Anxiety & Other Uses

Cymbalta (Duloxetine HCl) is an antidepressant drug that millions of people in the United States use daily. Like other antidepressants, Cymbalta for anxiety or depression is the most widespread use. However, there are other health conditions it is used to treat off-label. Although the medication is not generally considered addictive, it still has some abuse potential. Cymbalta abuse can occur even in those who only meant to use it as prescribed.

So, what is Cymbalta used for? Is it safe? What are the symptoms of misuse? And how to avoid abuse while taking it?

Cymbalta, also known by its generic name of Duloxetine, is a prescription medication. The primary ingredient in the medicine is Duloxetine HCL. It was developed for the treatment of major depressive disorder; however, it is now used to treat numerous mental health conditions and some pain disorders.

The Duloxetine drug class is an antidepressant. It belongs to the antidepressant subclass called selective serotonin norepinephrine reuptake inhibitors, or SNRIs. It has the potential to cause Duloxetine interactions when taken with other substances. Additionally, users can be allergic to the ingredients used in the Cymbalta medication. Close medical supervision can help keep users safe.

What Duloxetine dosage is needed depends on the patient and the condition being treated. In general, whatever the dosage, it is taken once per day.

The Duloxetine dose should be administered once per day without regard to meals, although it can also be prescribed to be taken twice per day.

The capsules, which are the main dosage form, should be swallowed whole and not crushed or chewed.

Here Are the Main Dosage Forms and Strengths:

Many patients worry that Duloxetine treatment is dangerous to use. While there are Duloxetine side effects that can be severe, they are rare. Users need to be aware of the risks of Cymbalta medication but should trust their doctor’s guidance in prescribing it.

All drugs come with risks and health benefits. For most users, the benefits make any side effects worth it.

However, this does not mean that Cymbalta medication is suitable for everyone. For example, Cymbalta sexual effects in men can outweigh the benefits the medication offers. Also, using the drug during pregnancy is not recommended. Ultimately, patients must work closely with their doctor to determine if Duloxetine is the proper treatment they should choose.

Overall, the use of Duloxetine is safe. As long as the patient is taking Duloxetine hydrochloride as directed by a doctor and has proper medical supervision, the chances are good that nothing will go wrong. However, if the medication is misused, problems will arise.

What Is Cymbalta Used For?

There are many health conditions among Cymbalta uses. They can be divided into two classes: those with FDA approval and those done off-label. Even though off-label indications are not FDA approved, there are studies that prove its effectiveness for these specific conditions.

Cymbalta For Anxiety and Depression

Among all psychiatric disorders, anxiety is the most common one. Approximately 31% of US citizens experience anxiety at some point in their lives. As a result, the choice for anti-anxiety drugs has become broader. Many drugs are indicated for this condition, including Duloxetine.

Despite treating many different conditions, the best-known Cymbalta uses are to treat depression and anxiety. Because the drug’s classification is an antidepressant, the general association between the medicine and these conditions makes sense.

Anxiety and other mood disorders are caused by an imbalance in neurotransmitters.

Taking the drug for depression requires heavy monitoring, as one of the side effects is new or increasing suicidal thoughts. There is also a risk when taking Cymbalta for anxiety. However, the risk is greatest with depression.

Cymbalta for pain is another indication for use. Many doctors prescribe it for neuropathic pain related to diabetes or injury. However, it is generally recommended that Cymbalta for pain only be considered once other drugs have been proven ineffective.

Besides, it is becoming more and more common for doctors to prescribe Duloxetine for fibromyalgia. It is unsurprising, as studies have found it more effective than many options of traditional treatment. As with treating nerve pain, it is known to cause adverse effects, but given that it can treat both the pain of fibromyalgia and the depression suffering from the condition often causes, many doctors are using it as their go-to for fibro treatment. 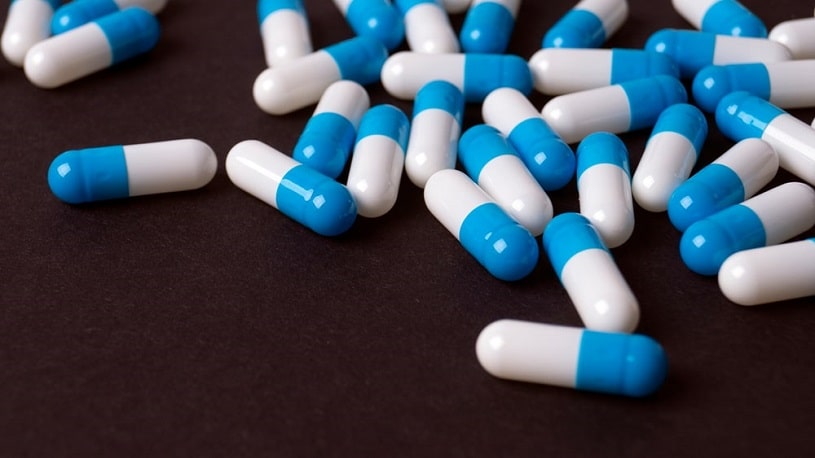 Less common among Cymbalta uses is back pain. However, many doctors believe that it is an effective use of the drug. Given that Duloxetine can help other kinds of pain, this is a logical conclusion.

There are two primary types of back pain Duloxetine is used to treat. Doctors use Duloxetine for osteoarthritis pain in the back, caused by arthritis developing in the spine and hip joints. They also use it for sciatica, which is considered a type of nerve pain.

Cymbalta abuse is possible; however, it is less common than with other drugs. The drug has low abuse potential. This is because the supposed high it delivers is just the medication helping relieve depression, and abusing the medicine does not increase the feelings of euphoria. Additionally, misuse tends to increase the negative side effects to such a degree that most people tempted to abuse the medication will quickly stop doing so.

Despite this, some people misuse it. In most cases, addicts attempt to potentiate the drug with other substances, such as mixing Cymbalta and alcohol. Mixing any drug with alcohol is not a good idea. And speaking about Duloxetine, there are also many risks associated with this mix.

In any case, Cymbalta abuse is dangerous. When taken in high amounts or mixed with other substances, Cymbalta overdose is possible. Additionally, misuse can make Duloxetine withdrawal even stronger when the user stops the drug. Abuse of the medication should be avoided at all costs.

Cymbalta abuse is hard to observe as an outsider. Many of the signs and symptoms can look like side effects of the medication or may seem to be symptoms of the illness the drug is meant to treat. For example, abuse can increase Cymbalta weight gain, but doctors and loved ones might assume this is a natural effect of the medication. However, if multiple signs are observed, abuse should be suspected.

In Addition to Increased Side Effects, Signs of Duloxetine Abuse Include:

When symptoms are noticed, the user should be encouraged to seek help. They mustn’t stop the medication cold turkey, as this can result in serious complications.

The official stance of the medical community is that Duloxetine is not addictive. However, Cymbalta abuse and misuse undoubtedly occur, and both physical and psychological dependence is possible.

Duloxetine addiction, which is more like dependence, is possible because the body and mind can become accustomed to the presence of the drug.

Abusing the medication generally means there are large amounts of the medication present in the body. Physically, a person’s body can become so dependent on the drug that withdrawal occurs not long after Duloxetine half-life is reached, pushing the user to take more of the drug. Mentally, users can fear what life will be like without the drug and feel compelled to continue taking and abusing it.

For many people misusing the drug, addiction and dependence do not feel all that different. Treatment for both is the same. The user must seek help in weaning off and then undergo therapy to help them avoid abuse in the future.

When taken correctly, Duloxetine is almost always safe. However, abuse and misuse make the drug dangerous. Whether one uses Cymbalta for pain or depression, a danger of Cymbalta abuse may arise, and help is needed. Anyone who is taking the drug improperly should seek help in getting and staying clean. While the doctor can guide and advise to find the proper drug addiction facility, the patients need to be willing to undergo treatment for better outcomes.