Beer is the world’s most popular type of alcohol. In America alone, the consumption of this beverage leads to sales of more than 100 billion dollars each year. Like all alcoholic substances, beer can trigger the symptoms of alcohol use disorder (alcoholism and non-addicted alcohol abuse) when consumed to excess. Still, since it’s socially acceptable and not as strong as other options, many people fail to associate its use with problem drinking. Recent trends in the U.S. have led to products with higher alcohol content. This fact helps underscore the unavoidable connection between heavy beer consumption and alcoholism risks.

The Connection Between Beer Drinking and Alcohol Problems

Beer, malt liquor, wine, and hard liquor all contain the same active ingredient: ethyl alcohol. This means that all four substances have the same basic effects on the human brain and body, and also pose the same basic risks for abuse and addiction. As a rule, these risks start to appear in anyone whose consumption regularly surpasses moderate levels. For men, the National Institute on Alcohol Abuse and Alcoholism (NIAAA) limits moderate drinking to no more than four servings of an alcoholic beverage per day and no more than 14 servings per week. Women meet the NIAAA standard when they consume no more than three alcoholic beverage servings per day, and no more than seven servings per week.
Beer contains less alcohol per fluid ounce than malt liquor, wine, or hard liquor. Among other things, this means that a standard serving of this beverage is larger than a standard serving of liquor or wine.

Serving Sizes for Each Type and Subtype of Alcohol are:

The calculations for each of these sizes are based on the assumption that a serving contains 0.6 ounces of pure ethyl alcohol. However, not all beers meet this standard. A “light” product may have substantially less alcohol per 12-ounce container. On the other hand, many of the mass-produced and “craft” products now on the market may contain much more. Some available brands have an ethyl alcohol content of more than 1.2 percent, and some states have laws that make it legal to sell even stronger products. Besides, many manufacturers sell their products in containers that are larger than 12 fluid ounces. 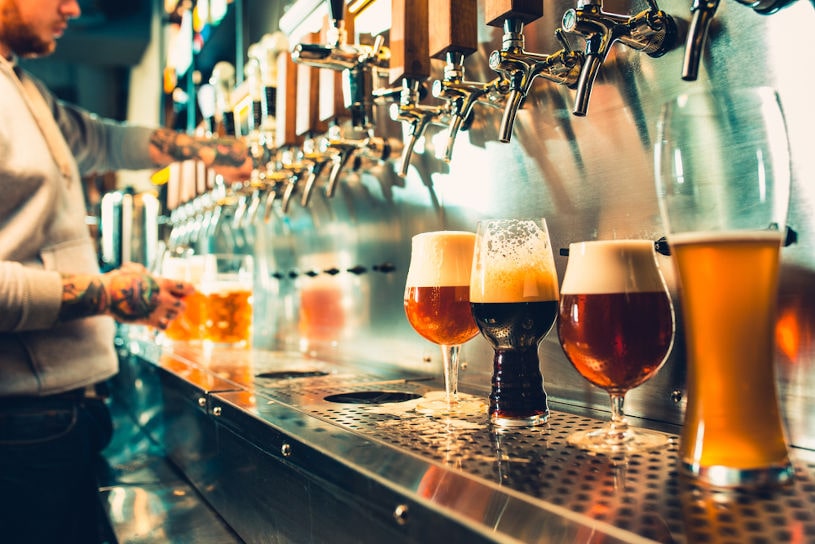 So, what does all of this mean for the connection between beer and alcohol abuse, or the connection between beer and alcohol addiction? Simply put, anyone who makes a habit of excessive consumption can develop diagnosable symptoms of these problems. The NIAA tracks the risks of heavy drinking. Regardless of the type of alcohol consumed, anyone who drinks heavily once a month has a 20 percent chance of developing alcohol use disorder. Anyone who drinks heavily once a week has a 30 percent chance of developing the disease. Risks are 50-50 in people who drink to excess at least twice a week.
There is no requirement in the U.S. for beer manufacturers to label the strength of their products for consumers. Many products do carry such labels, but many do not. Without knowing the strength of a given brand, even a casual consumer could potentially stray into the excessive-drinking territory without realizing it. In turn, this accidental heavy drinking can make serious problems much more likely. By repeatedly exposing themselves to more alcohol than expected, habitual heavy drinkers may experience a significant boost in their odds of developing alcohol use disorder. Also, people already affected by this disorder may experience a worsening of their symptoms.

No matter the type of alcoholic beverage being consumed, clinical alcohol abuse has specific telltale symptoms. The list of these symptoms includes:

Not all of these issues will affect every person. However, the presence of multiple symptoms points to an alcohol use disorder diagnosis, with or without overlapping symptoms of alcoholism.

Like the symptoms of alcohol abuse, the signs of alcoholism (i.e., alcohol dependence) do not differ according to the type of alcoholic beverage consumed. Potential indicators of addiction include:

As with alcohol abuse, not all of these indicators will appear in every affected person. However, whether on their own or combined with alcohol abuse-related problems, multiple symptoms point to the presence of alcohol use disorder. 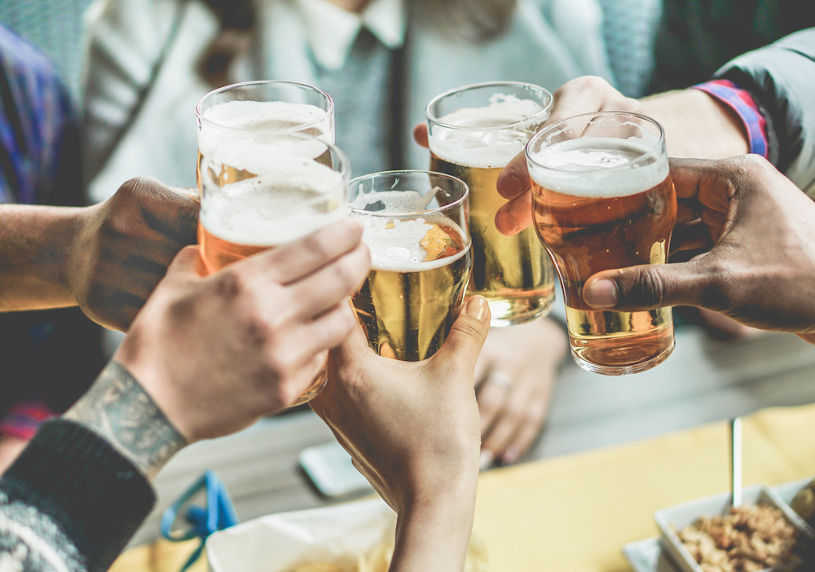 Some people drink beer every day or nearly every day. Is this pattern of consumption the same thing as having alcoholism, or boosting alcoholism risks? Not necessarily. A man who drinks one to two beers a day can stay within NIAAA guidelines for moderate daily and weekly alcoholic beverage intake. However, a man who drinks more than four beers a day or 14 beers a week will inevitably increase his chances of developing alcohol use disorder.
The situation is somewhat different for women. A woman who drinks no more than one beer can keep her alcoholism/alcohol abuse risks under control, even if she imbibes every day. However, risks will rise in any woman who consumes more than three beers a day, or drinks in any pattern that leads to an intake of more than seven beers a week.
Similar questions may arise about drinking beer alone. On a concrete level, the issue is not whether or not a person consumes alcoholic beverages in the presence of others.

Instead, the problem is whether or not a person’s constant pattern of intake leads to an increased chance of developing clinical alcohol abuse or alcoholism. People who drink by themselves will not increase their risks if they consume their beverages in moderate amounts. On the other hand, people who drink in the company of others will increase their chances if they imbibe in massive amounts.
One pattern of consumption, binge drinking, is primarily linked to heightened chances of developing alcoholism. Bingers drink fast enough to reach a legally intoxicated state after no more than two hours. This fact does not change whether a person consumes beer, malt liquor, wine, or hard liquor.

How Beer Drinking Can Cause Alcoholism

Beer’s low alcohol content and social acceptability can hide its potential to trigger serious abuse/addiction problems. However, the body does not distinguish between types of alcoholic beverages. No matter the type of product consumed, excessive intake can increase the chances of developing alcoholism or diagnosable alcohol abuse. Recent trends in potency make some beers riskier than ever to consume. And since manufacturers don’t have to reveal the strength of their products, drinkers can underestimate or dismiss their level of exposure to harm. Some people who want to stop drinking beer can do so without difficulty. However, anyone already affected by alcohol use disorder should consider seeking help from a doctor or a trained addiction specialist.