Addiction Resource » Alcoholism » How Does Alcohol Make You Gain Weight?

Calories in Alcohol: How Does Alcohol Make You Gain Weight?

There have been numerous debates on the connection between alcohol and weight loss. Counter perspectives have also deliberated the possibilities of alcohol and weight gain. The reasons for both viewpoints are extensive and often a bit of gender bias as many claim that alcohol weight loss or gain may be more prominent in males than females.

Ethanol is recognized to play an essential role in the management of body mass. Research showed that drinking was a major factor in reducing body mass, particularly in male subjects. Another report showed that ethanol calories in a specific concentration could be used to maintain and increase body mass, even though ethanol types such as Vodka have a toxic profile and may depend on the individual’s nutritional status. There have been questions if alcohol makes one gain weight. How many calories in alcohol? Does drinking lead to obesity? In many cases, some have even experienced weight loss after quitting alcohol.

Alcohol and weight loss or gain probabilities are dependent on various factors such as:

The impact of alcohol-containing drinks on body mass can be better analyzed by understanding what ethanol does to the body.

Ethanol interferes with the breakdown of fat in the body.  It is high in kilojoules and can increase body weight, whether it is one of the lowest-calorie alcohol. Ethanol consumption also affects one’s food choices and nutrition, as it is known to increase appetite. Either way, there are many side effects of ethanol, especially if one consumes five drinks or more per day for males and four drinks per day for females. Illnesses such as diabetes from drinking are also a significant risk.

In many parts of the world, like the U.K. and the U.S., alcoholism is one of the major causes of weight gain. Ethanol consumption is responsible for at least 4% to 10% of calorie intake, specifically in individuals who are ardent drinkers. A 2014 survey showed that a larger population is unaware or drastically underestimates the caloric value in alcohol types such as lager and wine.

While the recommended daily calorie consumption is 2,000 for women and 2,500 for men, those who intend to lose some pounds may drop calorie intake to 600 daily. The oversight is that many people on a diet program do not factor in the number of calories in alcohol intake, leading to weight gains.

Each alcoholic drink has specific caloric composition depending on its size in volume, percentage, and units.

How Many Calories are in Alcoholic Drinks?

Reports have shown that an evening out with friends can lead to significant calorie intake. Alcoholic beverages contain empty calories that simply add to the body mass but without any nutrients. The effect is a substantial increase in mass.

The table below shows different alcoholic beverages and the number of calories they contain: alcohol with the least calories and those with the highest calories.

Distilled ethanol, clearly the alcohol with the least calories, can still alter weight depending on the volume consumed. Alcoholic beverages contain so many calories because they are made from the fermentation of starch and sugar. Alcohol typically contains seven calories per gram, slightly lower than a gram of fat. The table shows comprehensive information on calorie consumption in different volumes. How does this compare with our calorie consumption while eating, and what is the equivalent of spirit to food?  A report stated that drinking as much as 4 bottles of wine monthly adds up to 27,000 kcal a year, which is the same as consuming 48 Big Macs in a year. Similarly, a person consuming 5 pints of lager weekly amounts to 44,200 kcal in a year, which equals 221 doughnuts yearly.

Other Spirit and Diet Equivalents Include:

Ethanol can make one gain some pounds because it contains a massive amount of calories. However, these calories have no nutritional value. The calories in alcohol are from sugar and do not have any health benefits.

Heavy drinkers are at risk of an abrupt increase in their Body Mass Index (BMI) due to random calories in alcohol. Ethanol is an appetite stimulant that will cause a person to eat more and recklessly. Drinking can also affect one’s mood, which also changes eating habits. Drinking affects depression by enhancing its properties. The inhibition of fat break digestion by ethanol inevitably leads to the storing of fatty tissues from our diet and a corresponding mass gain.

Alcohol with the least calories would likely lead to weight loss. Although the lowest calorie alcohol depends largely on concentration, some individuals mix ethanol with sugar-based drinks to reduce the ethanol potency, which further increases calories in alcohol.

The “beer gut” is a common term used to describe people who have added immense stomach weight due to excess drinking and possibly calories in alcohol. It is considered as one of the physical effects of alcoholism. Alcohol and belly fat are closely related as the body extracts all the calories and simple sugars in the drink and stores them in the abdominal area by choice.

Can Alcohol Cause Cellulite?

The lumpy or dimpled top layer of the skin, mostly experienced by adolescent and adult women, is commonly known as cellulite. It has been contemplated that ethanol may contribute to cellulite. However, drinking does not cause cellulite; instead, it may cause constriction of blood vessels that can make cellulite worse. This is done by increasing fluid retention and fat deposits in certain areas in the body, such as the thighs, arms, and others.

Drinking as a Source of Fuel

The complication with drinking is that it can be difficult to burn fat while drinking ethanol due to the calories in alcohol. When one consumes ethanol, the drink automatically becomes the immediate source of fuel for the body. The breakdown of ethanol is a reaction that is prioritized over other metabolic reactions, making it a primary source of fuel until it has been metabolized to acetate.

Effects on Organs and Metabolism

The liver is one of the organs that play a significant role in the metabolism of protein, fats, and carbohydrates. Excessive intake of ethanol can lead to fatty liver. This leads to the damage of the liver and the inability to metabolize and store fats and carbohydrates.

Reports have shown that ethanol can affect appetite positively to support the theory of alcohol and weight gain. Drinking may stimulate appetite for food, which leads to fat gain.

Drinking is known to affect hormone levels in both males and females. Alcoholic drinks impair the function of glands that produce hormones. Testosterone is a hormone predominantly found in males.

Whether it’s the lowest calorie alcohol or not, ethanol affects testosterone production in the system and increases estrogen levels in both males and females. The decrease in testosterone also means a reduction in the formation of muscles as well as a drop in fat-burning capabilities, which will affect the individual’s weight. 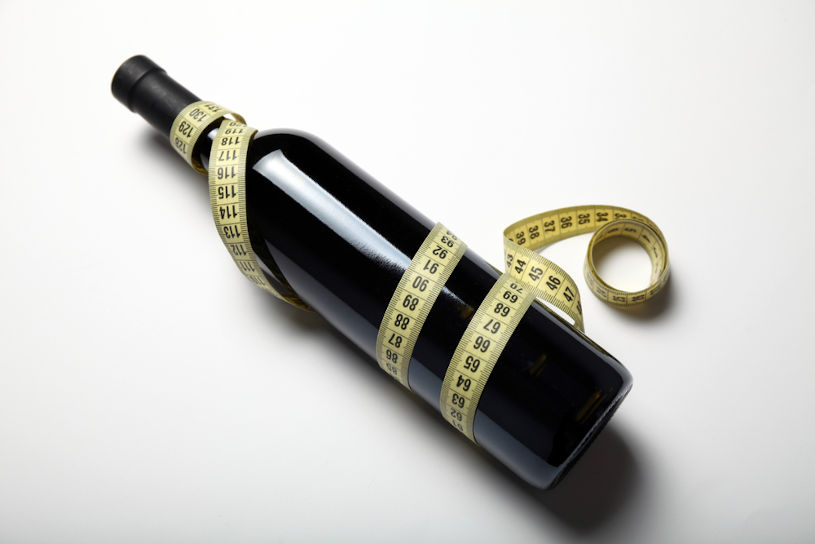 Drinking can cause irregular sleep cycles by disrupting the production of melatonin in the body. Research confirms that ethanol consumption could be a culprit to lack of sleep or the inability to fall asleep.

It may be wise to avoid drinking while preparing for a good night’s rest. Good sleep helps to regulate the body system as well as weight. The lack of sleep will cause certain irregularities in the weight of the person.

Ethanol has a toxic effect that erodes the walls of the guts, causing ulcerations. This inevitably leads to poor absorption of food nutrients and the inability to digest food properly in the gastrointestinal tract.

Ethanol intake goes as far as inhibiting the absorption of essential nutrients in food, such as thiamin, folic acid, zinc, and others.

In spite of the reasons why drinking makes one gain body mass, there is also another side to the story. Yes, one can also lose weight by drinking. Some people believe that drinking moderately helps to train the body’s metabolism, this helps to improve digestion sufficiently, and those who are working on losing weight can lose some pounds. However, the risks definitely outweigh the possible benefits. It is always better to abstain or drink in moderation.

Never use ethanol as a way of BMI management as alcohol and weight gain dynamics can be uncertain.

There is also the risky business of carelessly drinking and losing calories, which is a significant problem as binge drinking can increase stomach acidity. This condition can be life-threatening.

The downside is that ethanol mostly hurts organs. Excessive ethanol intake puts pressure on the liver, and in extreme cases, drinking can lead to liver Cirrhosis, which damages the liver and can lead to death. The liver filters toxins and also plays a role in metabolism. Excess ethanol can impair the function of the liver. Substances can no longer be broken down as usual, which may lead to irregularities in the BMI of the individual.

Ethanol can hinder the efficiency of one’s metabolic system. When one eats, the food is digested in the stomach; the liver produces digestive secretions to break down the food into micro and macronutrients. These nutrients are absorbed into the system to boost energy and vitality. Drinking can obstruct fat, protein, and carbohydrate breakdown, causing irregularities in body mass management.

How to Manage Weight And Drinking?

Drinking isn’t the only way that one may gain or lose pounds, depending on the system of the individual. There are many ways to maintain good health even after consuming moderate amounts of ethanol. However, it is essential to note that ethanol intake can take a toll on health and wellbeing if taken inappropriately.

The best way to avoid alcohol-induced belly fat is to abstain or drink in moderation. Other lifestyle tips for managing weight and alcohol consumption are:

In case a person cannot control the amount of ethanol consumed, it is best to ask for help. Alcoholism is an addiction that can be treated. There are specialized rehab centers that help alcoholism with co-occurring eating disorders.