Cyclobenzaprine and Alcohol are both used as depressants of the nervous system. Each used on its own is an effective means of relaxing or easing the pain, but when used together the effects can be devastating. With the effects of using each of these drugs on their own being a slowing of the mental faculties, lightheadedness and lowered coordination, when both are combined and used together these effects are multiplied.
There is also a strong case against using the two together as when Flexeril and alcohol are combined; there is a far higher risk of any related side effects as well as a physiological dependency and Cyclobenzaprine abuse. So any Flexeril alcohol combination can lead to moderate risks.

The use of weed or marijuana while on Cyclobenzaprine is another of the Moderate Cyclobenzaprine drug interactions. Using both Cyclobenzaprine and weed together can have a wide range of negative effects. It is advised not to use the two together as it can increase the risk of side effects which include confusion, trouble concentrating and drowsiness.
It is highly recommended not to use weed while on Flexeril especially when doing anything requiring focus such as driving or operating heavy machinery. This is due to the adverse effects that this combination of a Cyclobenzaprine high and weed has on motor skills and coordination.

Of all the Cyclobenzaprine interactions, 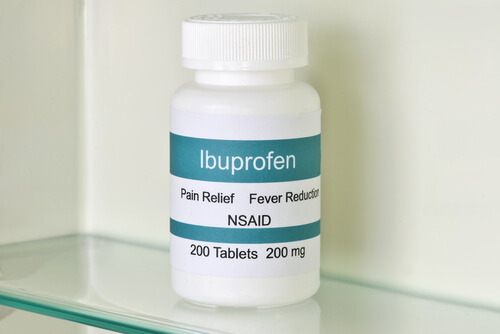 With Tramadol being one of the heavier types of opioid-based relief for moderately severe pain, it is no wonder that it is ill-advised to take Tramadol and Cyclobenzaprine together. There are some serious negative effects that can occur when such a heavy opioid-based pain medication is used alongside central nervous center depressants.
If the use of Tramadol and Flexeril together is absolutely necessary, then it is advised to keep the doses of each drug to a minimum and to watch the patient closely for signs of sedation of respiratory failure. This makes the use of Cyclobenzaprine and Tramadol a serious risk.

The following is a list of drugs that should never be taken with Cyclobenzaprine:

The following is a list of the drugs that may cause serious health damage when taken together with Flexeril. (Some can be taken but would need a Doctor’s consultation)

The following is a list of the drugs that can cause some risk when taken with Flexeril:

When it comes to the matter drug interactions between Cyclobenzaprine and other drugs, there is a lot to look out for. Some drugs can be used to increase the effectivity of Flexeril; there are other drugs which have massively negative side effects.
Note, that some of the interactions are likely to lead to substance addiction. However, the recovery is possible. Contact the drug abuse rehab representatives for assistance. There are many addiction recovery programs available to get rid of the menace of dependence.