Is Smoking Shrooms Possible? What are The Consequences? 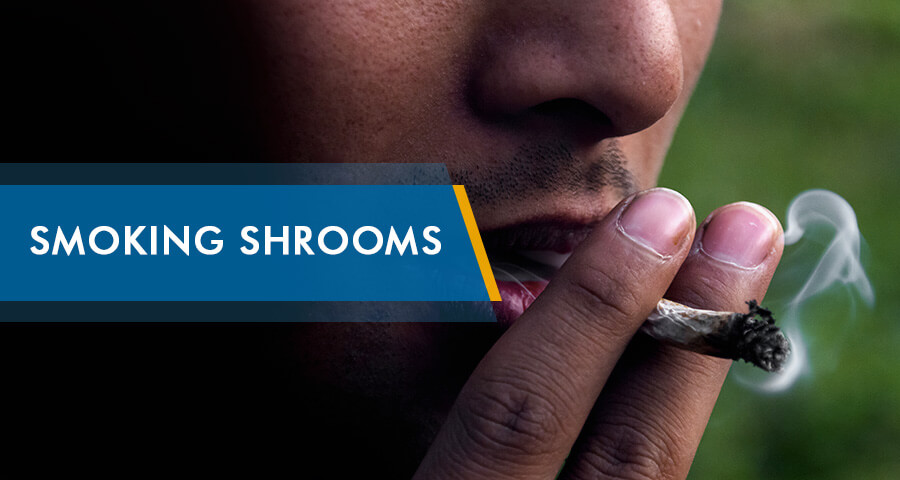 Psilocybe cubensis, as they are known in the world of science, are a “magic” fungi that grow in different parts of the world. Their first usage dates back nine thousand years when people ingested these plants for their psychedelic effects. Today, Magic Mushrooms can be eaten raw or dried, but they can also be rolled up into joint-like cigarettes and inhaled.

Can Anyone Smoke Shrooms? 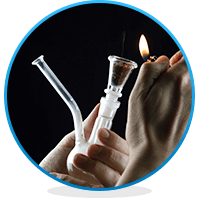 In theory, a person can smoke shrooms, but the effect would not be nearly as intense as when they are consumed raw. In other words, absolutely nothing “magical” would happen if one were to inhale a shroom joint. The reason for this lies in the main psychedelic ingredient, psilocybin, which burns at 180 Celsius degrees. This means that if the shroom was heated at this temperature, the most potent ingredient that is responsible for the desired effect will extinct.
On the other hand, some users claim they can smoke shrooms if the temperature is low enough, but the effect of the fungi is weak and does not last nearly as long as when consumed in its raw form. For this reason, most users believe that smoking magic mushrooms is a waste of time and money.

Smoking Vs. Eating Shrooms: Which Way Is More Harmful?

The main issue with smoking shrooms is that the spores easily get stuck in the trachea and lungs when inhaled. Thus, causing insurmountable respiratory problems, such as inflammation, choking and other pulmonary risks that require lengthy medical treatment.
Smoking shrooms is similar to smoking a joint. Both activities require the same elements to prepare the object of inhalation—a piece of tobacco paper containing shrooms rolled up in a tube and glued on the side. They crush or grind them, often mix them with weed and put the mixture in a joint. Some people also smoke magic mushrooms along with ingesting them raw. Reportedly, a few users claim that this strategy increases the effects of the fungi, and helps them achieve the desired results.

As stated above, while smoking shrooms is an option, eating them raw is said to be the most effective way to achieve the desired results. People who opt to smoke magic mushrooms often choose to add other ingredients such as marijuana or other substances that can enhance the effect of the shrooms.
These mixtures, along with a few glasses of one’s favorite alcoholic beverage can potentially lead to the worst time in the life. Mixing these unpredictable chemicals is a risky endeavor because one really knows for certain how these various substances will interact with one another.

Subsequently, a bad trip can lead to aggression, uncontrolled violent behavior, and even suicide attempts.

Can Smoking Shrooms Have Psychedelic Effects?

Studies carried out in the 1960s have ascertained that shrooms can exude positive effects on mental patients’ health. However, more studies need to be conducted to support these claims and to find an efficient way in which users will be able to inhale this substance without the fear of suffering various side effects, such as different pulmonary diseases. Nonetheless, current findings have confirmed the following positive properties and effects of magic mushrooms, which may include:

What Are Shrooms Side Effects?

Shrooms can cause the following permanent repercussions: