Percocet vs. Oxycodone: Is Percocet The Same As Oxycodone?

People who are just getting into pain medications or do not know much about it are confused when it comes to the relationship between Percocet and Oxycodone. A lot of patients even think that Oxycodone is the same as Percocet. This uncertainty could cause medical errors, which could be dangerous to a patient. A recent study by the John Hopkins School of Medicine states that more than 250,000 people die every year because of medical errors in the United States. It further went on to state that medical error is the third leading cause of death after heart disease and cancer.
When it comes to prescription drugs, it is important to be clear on medications a patient is taking because the consequences in some cases can be deadly. So, is Percocet the same as oxycodone, what are the differences between Percocet vs. oxycodone, their similarities, and which one is better for pain relief?

What Kind Of Drugs Are Percocet And Oxycodone?

Oxycodone is a medication that is available only with a prescription from a Medical doctor. It is used for pain relief, while it has high chances of abuse. Percocet high can be achieved by making the brain flooded with dopamine. Once it happens, the user’s brain may become vulnerable to this drug, that can lead to abuse or dependency. Oxycodone is an opioid substance and an active ingredient in Percocet; it could be gotten with cold water extraction from Percocet.
Percocet is an opioid drug made of Oxycodone and Acetaminophen as active ingredients. This combination makes it very effective as pain relief comparing  Percocet vs.OxyContin. This is because each active ingredient tends to amplify the effects of each other. It is also a medication which is taken orally. This drug can also create a feeling of euphoric high, but various side effects are a possibility. After an intake, this drug  Percocet stays in the body system for up to three months.

Similarities Between Percocet and Oxycodone

It takes almost the same time for Oxycodone and Percocet to work, and they act in almost the same way. They both make neurons inactive during the time phrase. They work mostly by reducing the perception and emotional response to pain. They tend to bind opioid receptors in the brain and central nervous system. Oxycodone’s (the active ingredient in the two drugs) principal therapeutic action is analgesia.

When it comes to Oxycodone vs. Percocet adverse effects, they are quite similar. Both drugs decrease in efficacy if used over a long period. Common side effects both drugs produce are:

Sometimes both Oxycodone and Percocet can be used during breastfeeding, but such decision can be risky to a baby. Apart from the effects of difficulty to breath or feed, nursing mothers can pass down dependency on newbies.

Both drugs are considered Schedule II drugs by the DEA. It means they have the potential for addiction and abuse. A research done by the National Survey on Drug Use and Health(NSDUH) in 2014 states that 4.5 million of the adult population tend to abuse prescription painkillers, and the numbers are rising every day. Breaking the addiction to these drugs can become challenging, due to withdrawal symptoms, one may appear when tapering off or undergoing drug detoxification. Some withdrawal symptoms of addiction include:

There is a strong proneness for an overdose in both Oxycodone and Percocet. When one is using these painkillers, it is really hard to know how much Percocet is too much and so is the case with Oxycodone too. Most signs or symptoms of overdose include:

Other symptoms could include blue skin, blue fingernails, and blue lips.

Risk of Opioid Use Disorder

When it comes to Percocet vs. Oxycodone, one of the similarities is the risk to develop Opioid use disorder. An individual who is abusing any of these painkillers, while suffering distress, significant impairment, and dysfunction as a result of this abuse would be identified with this disorder.  This is one of many types of a substance use disorder, and it is considered as a formal mental disorder.
American association of Anesthesiologists lists the signs of Opioid use disorder as:

Differences Between Percocet vs. Oxycodone

The differences between Oxycodone and Percocet are listed below: 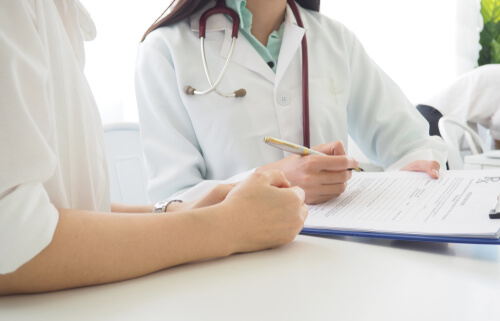 Just like the difference between Norco and Percocet in strength, there is also a moderate difference in strength when it comes to Percocet vs. Oxycodone. Although oxycodone is moderately strong, Percocet is said to be stronger having the best pain-relieving capabilities among both drugs. This is because of the acetaminophen in it, which acts together with the oxycodone to increase the effects of each other and also handle severe fever better than oxycodone. This also makes Percocet stronger than Vicodin and a lot of other painkillers.
Scientific research by the National Center for Biotechnology Information compared the effectiveness and cost-effectiveness of oxycodone and Percocet on patients with osteoarthritis pain of the knee or hip. During this research, it was found out that improvement took place in the 62.2% of patients on Oxycodone medication and 45.9% of patients with Percocet. It went on to state that Oxycodone was more effective and less costly from the societal perspective. From the healthcare perspective, Oxycodone, when compared to Percocet, fell within the acceptable range of cost-effectiveness between 50,000 – 100,000 USD per QALY gained.

Existing dosage forms of Percocet and oxycodone are completely different. They both come in various dosage forms from liquid to extended-release to oral tablets. Below is a comparison of the oral tablet doses.

Oxycodone and Percocet price is another key difference between these drugs. Percocet is branded, and it also contains a combination of Acetaminophen, which makes it costlier than Oxycodone. Below is a comparison of the prices the oral tablets of most drugs:

Below are the other notable differences when it comes to Percocet vs. Oxycodone:

Percocet vs. Oxycodone: Which One is Better? 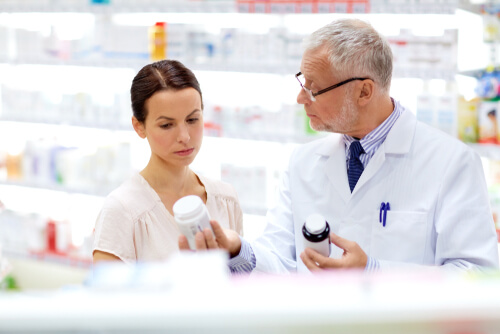 Most health experts tend to recommend Oxycodone for mild or moderate pain and Percocet for severe and chronic pain. This is because pills of Percocet work faster, and it is far stronger than just Oxy.
When patients are deciding what to use: Percocet or Oxycodone, it is essential to be aware of the risks involved with these drugs. Some patients regularly go out of the prescribed doses, and the results could be deadly. A patient should contact a professional before making use of any of these drugs.
If any patient is fighting any of these drug addiction, it is very crucial to admit one into a professional rehab and recovery center. Staffs are always ready to help handle their condition and ensure a full recovery.