Side Effects of Meth: How Methamphetamine Affects Abuser’s Brain and Body? 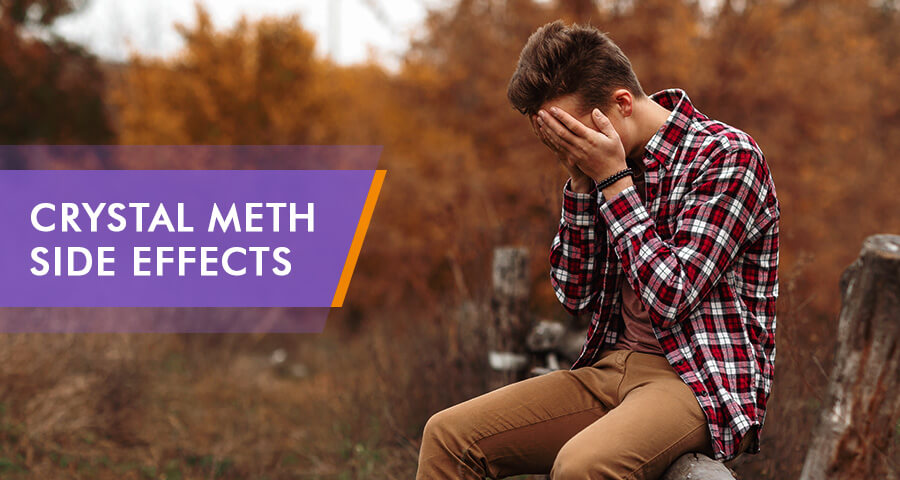 Although there are often reports of the U.S. Drug Enforcement Administration (DEA) seizing hundreds of kilograms of meth, the abuse of the drug continues.
According to a report by the International Business Times, in 2013, 595,000 people said they used meth in the past month. This figure represents a sharp increase compared to the numbers from previous years. On this page, we’ll cover all of the studied effects of meth abuse and addiction.
Meth adversely affects all the major organs of the body, and some damages are irreversible. Meth abuse wrecks the physical and mental health of the user, mars his appearance, impairs his ability to live a meaningful and productive life, and destroys relationships. Even babies born to mothers who abuse meth are not spared; most of them carry the scars in their bodies and minds for years and well into adulthood.

The Short-Term Effects of Meth

Meth is a potent central nervous system stimulant and a highly addictive drug. It reaches the brain and signals it to produce large amounts of dopamine, the happy chemical. This produces a rush or a feeling of “high” that meth users crave.Recreational use of methamphetamine is considered an abuse and can be legally prosecuted.

The short-term effects of meth are:

The flood of dopamine in the body triggers short-term effects like increased wakefulness and attention and decreased fatigue. Unfortunately, these are exactly the effects that make many people abuse meth as a performance-enhancing drug.
Meth also produces the following short-term effects that, if not treated promptly, can be fatal in the case of an overdose:

The Long-Term Effects of Meth

Chronic meth abuse makes the user tolerant to the drug, so he progressively needs more of it to derive the same effects as before. Tolerance produces physical, emotional, and chemical dependence on meth that eventually turns abuse into addiction.
The long-term physiological effects of meth abuse are:

The long-term neurological, psychological, and behavioral effects of meth abuse include: 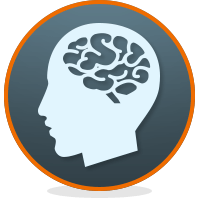 Abstinence can improve motor and verbal learning abilities in most meth users. But sometimes, the psychotic effects of meth abuse tend to persist for months after quitting the drug.

How Does Meth Affect the Brain?

What are the effects of meth abuse on the brain?

Meth adversely the following components of the brain:

The following are the effects of long-term meth abuse on the brain:

Some psychological, emotional, and behavioral effects of meth abuse hinder the user’s ability to function effectively as a responsible member of the society, form and sustain healthy relationships, perform at the workplace, and hold on to jobs.

The Effects of Meth on the Body

Meth damages most other major organs of the body like the heart, lungs, liver, and kidneys. Some meth-induced changes are irreversible and can trigger life-threatening complications.

What are the effects of meth abuse on the body?

What are the dangers of meth use?

Meth can negatively affect the health by causing serious and irreversible damage to organs. Meth abuse can also have severe effects on mental health and can destroy mind, appearance, relationships, and ability to live a meaningful life.
Some of the effects on the heart are:

Meth damages the liver. Continued use increases the user’s risk of developing hepatitis that can progress to cirrhosis or his chances of succumbing to acute liver failure.
Drug dealers often lace meth with adulterants and bulking agents to increase their profits. Meth can contain toxins like battery acid, lead, drain cleaner, paint thinner, red phosphorus derived from matchsticks, lithium extracted from batteries, and Freon. Most of these elements are highly toxic and damage the kidneys and the lungs.
Meth affects the kidneys in the following ways:

Some of these damages brought on by meth are irreversible. Kidney failure can result in death if the person does not undergo dialysis promptly. In some cases, kidney transplantation is required, else the person has to undergo dialysis for the rest of his life.
Meth damages the lungs in the following ways: 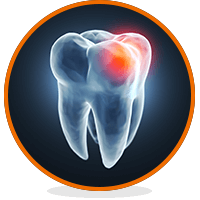 Teeth of a Meth User.
Meth abuse wreaks havoc on the mouth and teeth of the user. “Meth mouth” is a term used to describe the characteristic severe dental decay that is common in users. According to the findings of a survey, dental decay among meth users is highest in those who snort the drug.
Meth is acidic and corrosive in nature. Additionally, the toxins in meth can damage the teeth. Users exhibit poor oral hygiene and compulsive behavior like tooth grinding and jaw clenching that erode the teeth. Many meth users also binge on sugary foods and drinks.
In the early stages of use, meth mouth is characterized by:

Meth users commonly report a feeling of bugs crawling under the skin. This could be the result of sensory hallucinations that they experience or due to excessive sweating.
Meth users have elevated body temperatures. Excessive sweating removes the protective oils from the skin. This along with dehydration cause a tingling sensation at the nerve endings. This makes meth users believe that bugs are crawling over them, and they pick their skin compulsively.
The following are the features of meth sores:

The Effects of Injecting Meth

Meth users who inject the drug are at a higher risk of contracting certain other diseases than those who snort, smoke, or swallow the drug. The following are the possible effects of injecting meth:

Effects of Meth in Pregnant Women

Meth harms both pregnant women and the fetus. Besides the above-mentioned short- and long-term effects, pregnant women who abuse meth are also at an increased risk of the following:

Meth Babies: Effects of Meth on the Developing Fetus and Children

According to a CBS News report, meth abuse during pregnancy or while breastfeeding affects the physical, psychological, and emotional development of the baby. Meth can cross the placental barrier and get absorbed by the blood and tissues of the developing fetus. Meth can also pass into the system of an infant through breast milk.
Meth babies tend to exhibit the following behavioral problems:

Some of these behavioral problems last till adulthood and make it difficult for the grown-up meth babies to behave and function appropriately in social settings and perform satisfactorily in academic environments.
Additionally, meth babies often display stunted growth, a condition that is typically due to the poor diets and lack of personal hygiene of their mothers. According to findings from research studies, meth babies have higher rates of being born with brain and heart abnormalities and cleft palate than children born to non-meth using mothers.
Besides these effects, meth babies are adversely affected by their mothers’ addictive disorders in several indirect ways. They may experience: