Adderall Combinations and Interactions With Alcohol, Nicotine, and Other Drugs 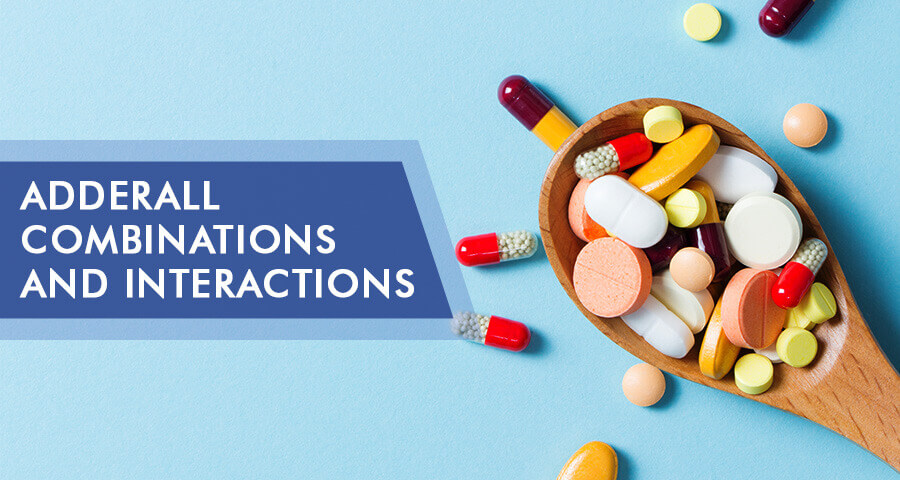 Although the most of the modern medications have a complicated chemical configuration, the Adderall structure is quite simple: it consists of the two stimulant drugs, Amphetamine and Dextroamphetamine, both of them having a long list of drug interaction issues. Before one starts taking up this stimulant, it is very important for a doctor to know which medication patient is previously or currently been taking. It does not only include medications but also other legal and illegal drugs to avoid any dangerous interactions as Adderall abuse rate is high.
Not only this, drastic combinations and interaction of this stimulant with other medications and drugs cause severe damages. Some of them lead to severe hospitalizations and even deaths. Therefore, it is increasingly important to be aware of the Adderall drug interactions and its hazardous combinations.

Is It Safe to Drink Alcohol on Adderall?

Combination of alcohol and Adderall or alcohol interaction with any other medication reduces the effectiveness of the medication. People more often tend to use this combination out of unawareness of Adderall tolerance to alcohol or misconception that this will increase effectiveness. A threatening effect of the combination of Adderall and alcohol result in significant impairment of the person in regard to reaction time which may result in highly dangerous circumstances.  Consuming Adderall with alcohol is like inviting a form of alcohol poisoning. After drinking on Adderall, the curative function of this stimulant are inhabited.
Like Adderall and alcohol, weed, nicotine, and caffeine with this drug are also NOT considered as a very safe combination. As the growing trend of taking Adderall for studying emerges; weed, nicotine, and caffeine that are also the most popular drugs among college students tend to be taken simultaneously. What is ‘not-so-popular’ is the awareness of the interaction and side effects these dual drug combinations might bring. Some individuals that take this drug to control body mass should be aware that Adderall weight loss average can be a bit lower if alcoholic drinks were consumed.

How Does Adderall Interact With Caffeine?

Adderall and caffeine combination is usually taken thinking it may stimulate energies and give a boost, while in reality, it is slightly the opposite. Adderall contains a stimulant called amphetamine that aids in increasing brain activity, Adderall and coffee interaction makes this activity unnaturally fast resulting in an overactive mind. However, the two stimulants combined actually do more harm than good. Most college students end up taking Adderall with caffeine pills or Adderall with a coffee mug for their late night study to increase their alertness tenfold. The cumulative impact of the interaction of both the stimulants leads to unpleasant side effects such as nervousness, insomnia, and anxiety.

How Does Adderall Interact With Weed?

Marijuana in isolation has immense adverse impacts on the body. Individuals addicted to this tends to feel a lack of potential in their body which creates for them the need for Adderall. Eventually for the need for more ‘hyperactivity’ and ‘energy’ an option of weed is considered.  Adderall and weed combination is seen to have

pleasant effect as recorded from the experiences of college students as the dopamine levels increase making them enjoy the ‘high’ moment. What they fail to understand is the long-term side effect of this ‘high’ state achieved from weed and Adderall interaction shall bring. The interaction of this combination, in the long run, may lead to stroke, heart attack and weakening of the immune system.

How Does Nicotine Affect the Adderall Efficiency?

Smoking, being very common among college students makes the combination of Adderall and nicotine more frequent. Smoking is usually seen to minimize the effect of this drug. Thus the interaction makes the drug less productive.

What Are the Rules of Interaction of Adderall and Other Drugs?

Other legal drugs that may not have favorable Adderall interaction include:

Vyvanse is another ‘smoother’ drug used to treat the ADHD. 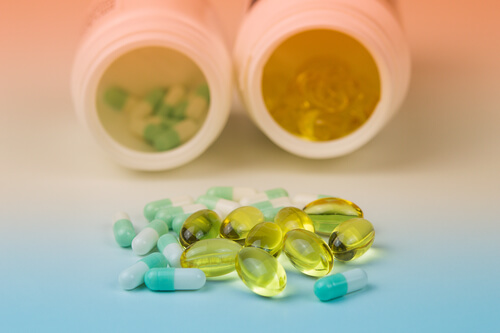 Consumption and effects of Vyvanse vs Adderall high see Vyvanse as a lighter drug since this is an oral pill. The quantity of consumption of this drug is limited in contrast to Adderall which is sometimes inhaled creating a risk of overdosage. In any case, while consuming a drug one should be specifically looking at its interactions with other medication and drugs, to maximize the effect of medicine and reduce the risk of any reactions or side-effects resulting from a negative interaction. The situation gets even worse if Adderall and breastfeeding are combined as the active ingredients easily reach breast milk.

Escaping Adderall and Getting help

Adderall withdrawal or other drug addiction treatments are a complex process. They do not only include medication but a number of interventions including sustained long-term care and counseling that are vital to permanent relief from drug addiction. The escape from drug abuse requires willpower as the first step in combination with treatment to release oneself from the clutches of this addiction. Continued interaction with counseling and therapeutic sessions with patients guarantee long-term results and permanent relief from addiction.
Rehab centers are one of the most efficient drug abuse therapy used for interaction with patients for escaping drug addiction after a victim is convinced to seek help. An inpatient drug rehab center is inhabited by patients of alcohol addiction and a combination of other drugs and they are monitored 24/7 by medical staff. The fact that a drug addict is surrounded by people like his own condition, experience, and story, it is easier in such an interaction to stay motivated and determined. This helps them regain a healthy lifestyle and live a better life.