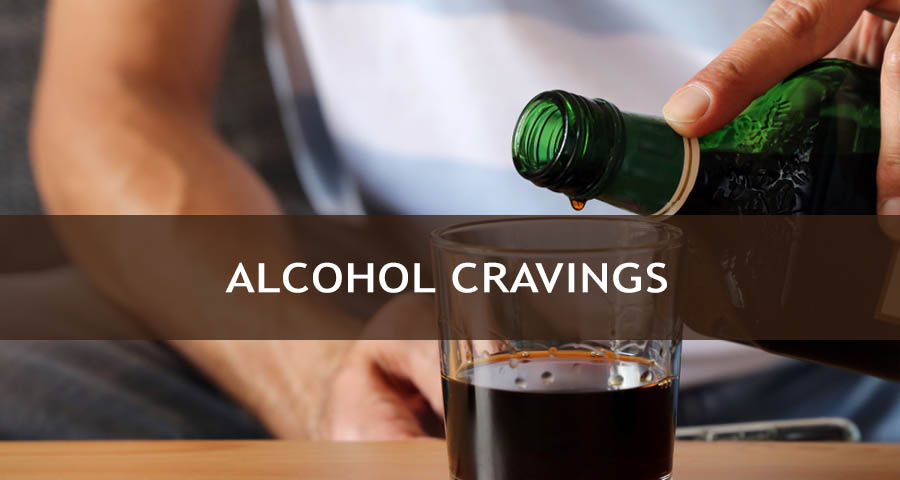 Regular, heavy drinking can alter the standard function of the human brain in a variety of ways. One of the most common changes is the onset of cravings for more beer, wine or hard liquor between periods of active drinking. These powerful urges reinforce a pattern of excessive drinking and thereby make it harder to break such a model and establish sobriety. Fortunately, people struggling with this problem can fight alcohol cravings with the help of proven coping strategies. In addition, people under a doctor’s care can receive assistance in the form of urge-reducing medication.

Alcohol is well-known for its widespread impact on the brain. Among other things, its presence alters the standard levels of a family of chemicals known as neurotransmitters. These substances, produced inside specialized nerve cells called neurons, play a vital role in the transmission of information to and from the central nervous system (brain and spinal cord). They make it possible for chains of neurons to communicate and produce the broad array of signals that control other nerves throughout the body.
People who establish a pattern of heavy drinking will almost certainly experience significant changes in their levels of two particular neurotransmitters: dopamine and GABA (gamma-aminobutyric acid). In a brain area called the limbic system, repeated increases in dopamine levels lead to an expectation for high feelings of pleasure. Throughout the brain, repeated increases in GABA levels will lead to a general slowdown in the normal rate of neuron-to-neuron communication.

Sooner or later, the brain will come to treat the altered levels of dopamine, GABA, and other neurotransmitters as an everyday reality. Cravings for further drinking arise when there is not enough alcohol in the bloodstream to support these altered levels. They serve as a first-stage warning to consume more alcohol. If this warning goes unheeded, the brain may follow up with the stronger (and much more unpleasant) mental and physical symptoms of withdrawal.

Alcohol craving and withdrawal symptoms are two of the official criteria for a condition called alcohol use disorder (AUD), which covers both alcoholism (i.e., alcohol dependence) and non-addicted alcohol abuse. By themselves, they’re not enough to merit an AUD diagnosis. However, their presence points toward such a diagnosis, and clearly indicates a dangerous pattern of alcohol intake.

A person craving alcohol may experience a variety of mental and physical symptoms. Common examples of these symptoms include:

These symptoms may appear in mild, moderate or severe form. Even in a person committed to not drinking, they can increase the likelihood that alcohol intake will occur. In many cases, cravings are “triggered” by internal or external events. Internal triggers for drinking urges can include such things as:

External sources of cravings can include:

How to Curb Alcohol Cravings?

The National Institute on Alcohol Abuse and Alcoholism (NIAAA) recommends some actions that can help reduce alcohol cravings. First on this list of actions is avoiding situations known to increase the urge to drink. Potential steps to take here include:

Unfortunately, given the popularity of drinking, it’s almost impossible to steer clear of alcohol on a continual basis. This means that people attempting to reduce their exposure to cravings will need to develop some coping skills. Experts at the NIAAA emphasize the importance of skills such as:

In a treatment environment, doctors can help curb alcohol craving by prescribing a medication called naltrexone. This medication takes advantage of an essential connection between the effects of alcohol and the impact of opioid-based drugs and medicines. Opioids trigger chemical changes in the brain by accessing sites in the body called opioid receptors. While alcohol is not an opioid, it produces some of its intoxicating effects by activating the same receptors.
Naltrexone is an opioid receptor blocker. When present in the bloodstream, it creates a barrier that shuts off these pathways to the brain. In a person affected by alcoholism, the blockading effect of the medication leads to a reduction in the intensity of drinking urges. It also leads to reduced feelings of alcohol-related pleasure. Studies show that use of naltrexone can help people in recovery maintain sobriety and avoid drinking relapses. The U.S. Food and Drug Administration has approved a long-acting, injectable form of the medication (branded as Vivitrol) for alcoholism treatment.

Nutrition can play an essential role in reducing the urge to drink, especially in people affected by alcoholism. There are several key reasons for this fact. First and foremost, many alcoholics develop ongoing nutritional deficiencies that have a widespread impact on their physical and mental well-being. During the withdrawal process, alcoholics can have a hard time telling the difference between the desire to drink and an underlying feeling of hunger. In many cases, if they eat, their cravings will subside and their sense of stability will increase.
Nutritional well-being also has another significant effect. As demonstrated, many of the triggers for alcohol use are based on negative emotional states such as depression, anxiety and general mood instability. Consumption of a poor diet increases the likelihood that these emotional states will occur. When an affected person’s nutritional standing improves, mood fluctuations decrease and the intensity of drinking urges may diminish. Some alternative health aficionados make specific recommendations about the best types of foods for reducing alcohol cravings. However, as a rule, the key is consuming a well-balanced diet that contains a variety of low-fat proteins, healthy carbohydrates, fruits, vegetables, vitamins and minerals.

How to Deal with Alcohol Cravings?

Strong cravings for alcohol can cause problems for alcoholics, as well as for people who don’t currently qualify for an alcohol use disorder diagnosis. No one can say for sure how long alcohol cravings last in any given person. Factors that influence the answer to this question include genetic predisposition for alcohol problems, the presence or absence of alcoholism, and the severity of any alcoholism symptoms. Even after receiving successful treatment, some people continue to feel an urge to drink for weeks, months or years.
Fortunately, anyone craving a drink can use a range of techniques to fight the urge. Whenever possible, the best course of action may be avoidance of any situation or event where alcohol consumption occurs. And when avoidance is impossible, practical use of coping strategies can help reinforce a commitment to abstinence. In addition, any person who feels intense cravings may gain significant relief by making dietary changes or seeking help from a doctor or trained addiction specialist.