All One Needs To Know About Video Game Addiction 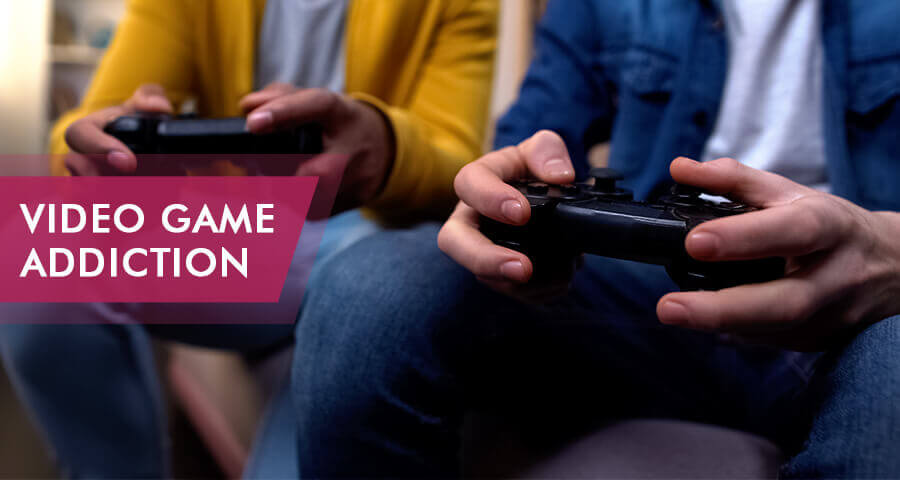 Video game addiction is an impulse control disorder that is similar to that experienced by those suffering from gambling addiction. The excessive and compulsive game playing impacts negatively on the player’s life on a day to day basis. Perhaps people who are a bit skeptical about the veracity of video game addiction might be excused but the evidence proves that this is indeed a real thing. There are in fact people who are addicted to video games and with corresponding undesirable consequences.
The reason why video game addiction is now recognized is because of the broader definition of the term, addiction. Prior to recent times, it only referred to cases where some sort of substance was involved and was being abused. But now, things that can cause an addictive behavior are being studied and categorized as addictions.

What are the symptoms of video game addiction?

Whilst many parents would like to think their kids are addicted to video games, not everyone who plays a lot of video games is actually addicted to it. Furthermore, not only teenagers are active players of video games. A big chunk of the percentage include adults who are over 30 years old. Addiction can be diagnosed after some characteristics become apparent. Some of these traits include:

Being more comfortable in the virtual reality of video games more than actual reality.

How many people are addicted to video games?

What are the effects of video game addiction?

The effects of video game addiction can include:

Some of these facts and figures may be surprising, even alarming, to most people because addiction to video games is not something that is widely recognized. In fact, it has only recently started to be seriously reckoned with in the scientific community. The easy availability of devices used for gaming such as mobile phones, game consoles, PCs and even smart TVs has made gaming available to virtually everyone at all times. These people vary widely and include children, teenagers, young adults, middle-aged people, and even older people sometimes. The gaming industry has become so huge that it is now a multi-billion dollar business and they are continually exploiting ways to get more people hooked on their product.
Here are some of the statistics that show how pervading video game addiction really is. 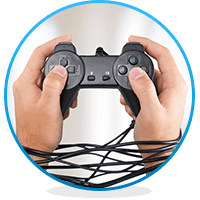 Video game addiction studies commenced as far back as 1983 although the methods used were less empirical than desirable for scientific inquiry. More recently, research into this compulsive disorder has yielded results. 20 odd years of research culminated into video game addiction being officially recognized by the American Psychiatry Association as a condition that should be addressed by researchers and clinicians. It has since been included in the updated version of the Diagnostic and Statistical Manual for Mental Disorders (DSM-5) for the first time in the same category where other disorders like gambling addiction can also be found. Video game addiction is officially termed as Internet gaming disorder.
The definition of video game addiction offered in the manual is: “persistent and recurrent use of the Internet to engage in games, often with other players, leading to clinically significant impairment or distress as indicated by five (or more) [criteria] in 12 months.”
This classification offers some benefits to the individual suffering from this addiction and to the society at large. Knowing that this condition is an actual mental disorder will encourage people suffering from it, or their guardians, to seek medical help. Furthermore, this official categorization is an incentive for health care providers and health insurance companies to offer appropriate coverage. Lastly, the recognition of this disorder will help to soften public prejudice against people that are video game addicts as they understand better that they are not fully in control of their actions.

Side Effects of Video Game Addiction

Video game addicts suffer from all the typical withdrawal symptoms such as anger, depression, boredom, loneliness, mood swings and anxiety whenever they try to abstain from the games. The addiction results in a lot of physical discomfort and various medical complications such as dry eyes, aches, carpal tunnel syndrome so it is advised that people consult certified addictions counselors who are well versed in the treatment of video game addiction.
The counselors carry out an assessment in determining the extent of treatment that applies to the addict. Several programs such as wilderness therapy and therapeutic boarding schools have also proved effective in helping teenagers overcome video game addiction. In these places, video game addicts are separated from their games and devices that make gaming possible.
They are forced to interact with the real environment around them rather than the virtual reality that they have conditioned themselves to over time. They learn to interact with other people better and improve their social skills. The physical activities also improve their confidence and provide a different outlet for their restlessness and curiosity.
This activity can reset their appreciation of the real and help them to realize how fake gaming really is. A process of disassociation begins, and after a while, the addict can recover and have more control over the addiction.
Because the devices that video game addicts use are a normal part of everyone’s daily life, the objective of their treatment is not to completely eradicate the use of these devices but rather to help them learn how to use them responsibly. It is similar to the way a food addict has to learn to control his/her diet but of course, not completely ceasing to eat.