Is Rehab Needed? Understanding the Extent and Severity of Addiction

According to data from SAMHSA’s National Survey on Drug Use and Health, just one-tenth of all people struggling with drug addiction or abuse had access to rehab in 2012. A lot of people decide there are no reasons to go to rehab because their addiction isn’t severe. Others don’t even realize they need help. If one is questioning whether or not they need help with addiction, they probably do, especially if the substance of choice is heroin or another hard drug.

Should One Go to Rehab? Assessing Addiction Severity

In line with the Diagnostic and Statistical Manual of Mental Disorders, there are several criteria to assess whether one is suffering from addiction and needs help, and if so, to what extent – mild, moderate, or severe. These criteria are listed below:

The decision to go to rehab is made depending on how many criteria the person meets. Five or more means severe addiction, and rehab becomes strongly recommendable.

One’s social circle can make or break the resolve to get help for addiction and kick the habit. Sadly, the second is more often the case when it comes to asking for help. Often, the addict’s friends are unable to acknowledge his or her addiction and disregard the problem. This happens especially when they are addicted to a certain substance themselves. On some level, they realize they have a problem but aren’t able to face it, and it then becomes difficult to have a constructive conversation about addiction and rehabilitation. At any rate, real friends will support one’s decision to get help.
There’s a second possibility – the people in a struggling addict’s social circle may not even be aware of the issue, particularly if he or she hasn’t mentioned it before. Also, if there’s no reciprocity in the relationship, there’s no way a friend would give an honest answer to a question like “Do I need rehab?” They may be worried about ruining the friendship if the issue is acknowledged.

Does One Need to Go to Rehab? 7 Sure Signs

In most cases, a doctor needs to determine if a person meets the DSM criteria, and a proper examination is in order. A person doesn’t need to be physically addicted to drugs or alcohol to need rehab – other negative effects are sufficient to qualify for it. In the US, less than 1% of the 22.7 million individuals who need help for substance addiction receive such. Don’t be in the other 99% – read about 7 reasons to go to rehab now.

If a person has been told by a doctor that drugs or alcohol have inflicted health problems, this should be considered a sure sign one needs rehab. For example, frequent stimulant use can cause cardiovascular failure and psychosis. Alcohol can damage the brain, heart, and liver, and opiate abuse due to addiction can slow down the respiratory system and cause permanent brain damage. Injecting drugs increases the risk of contracting hepatitis C or HIV. 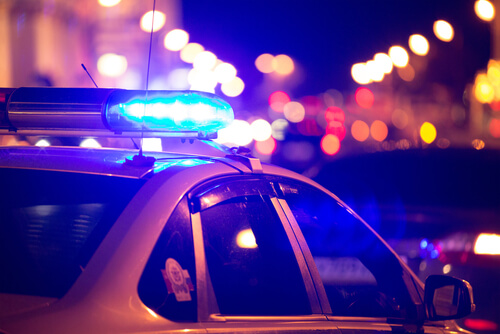 If the person has been arrested for being drunk or high in public, driving under the influence, committing a violent crime, or being in possession of a controlled substance, the question, “Do I need help with addiction” becomes superfluous. This is especially true if they are already on parole or probation.

3. Family Members Have Asked Them to Stop

A person’s closest relatives may be asking them to stop using and get help because it’s easier to see changes occurring in their lives as a result of drug addiction from the outside. It is important to pay attention because, in the long run, one lives to regret not having listened. “They wanted me to go to rehab, but I wouldn’t.”

4. Self-Mutilation or Other Harm While Under the Influence

Certain drugs can exacerbate existing mental conditions, like anxiety and depression. People with major psychiatric disorders like schizophrenia or bipolar or with a family history of suicide who may be abusing drugs need to find out how to go to rehab as soon as possible. If a person has had suicidal thoughts, harmed themselves while under the influence or while undergoing withdrawal, or harmed someone else, they need urgent help.

5. Lying About Drug or Alcohol Use

“I’m not talking to them anymore because they said I had to go to rehab.” Maybe it really isn’t other people’s business, but people don’t lie unless they are ashamed of something. Former addicts are relieved to find that when they accept the fact they need help kicking the habit, the walls finally come down, and they are free.

6. Feelings of Helplessness Over Inability to Stop

Addiction can be exhausting. A person will spend practically all of their time on their substance of choice – counting down the hours left until 5 pm to leave work and get drunk or high, trying to get money to feed a more expensive habit, trying to find a way to get drugs if they are illegal, having to call dealers at odd hours and pray they pick up. A few minutes or hours of bliss, and then the inevitable hangover, withdrawal, and it’s 7 am again, time to get ready for work. A functioning addict has a job and works pretty hard. They often perform quite well, going above and beyond, because they’re dependent on the salary to buy drugs. In this situation, they aren’t likely to look for help with addiction. It’s a slippery slope though, and things can change in a matter of seconds. To get a bonus, one might take on extra tasks at work, and resort to drinking at the workplace to get them done, and then get caught and fired.

7. The Person is in Their Teens or Early 20s

There’s a reason why addiction professionals call for greater awareness of drug abuse among young people and for all those high school campaigns, which we found so annoying growing up. The older one gets, the harder it is to kick the habit. This is because addiction always gets more severe with time and causes mental and physical health problems, which then have to be treated in addition to the addiction. When a person is young, and drug abuse or addiction is their only problem, it is easier to get help, and the outcome is always better.

People who’ve decided to get help are worried about the cost of rehab or spending time away from family and friends, or even the stigma surrounding rehab, which is in part perpetuated by popular culture. As a medical disorder, addiction requires professional treatment at a rehab facility. The decision to go to rehab is a very good one because rehabs help people in many ways, increasing their odds of a successful long-term recovery dramatically.
Rehab facilities are designed to create welcoming, comfortable environments and provide the following services, among others:

Addiction is a disease, and medical specialists can help to cure it with many specific treatment options. It is possible to treat the addiction, don’t hesitate to start the treatment until it’s too late.

Trying to Get Sober Alone – Detox is Expensive

“I don’t want to go to rehab because detox is expensive. I’ll go after getting sober.” This is one of the most common excuses to put rehab off, and we can’t say it isn’t legitimate to some extent. Detox can cost up to 2000 dollars a day. There’s a reason it’s so expensive – it is medically assisted to ensure safety. Detox gets drugs out of the system and replaces them with healthy alternatives.

Alcohol and drugs like benzodiazepines can cause deadly withdrawal symptoms if they are stopped without medical supervision.

Even some milder withdrawal symptoms, such as shakiness or anxiety, can be bothersome. More serious ones include suicidal thoughts, seizures, and heart failure. This is why getting help from trained professionals who know how to detox safely is a better option than trying to stop alone. During medical detox, the staff will be there to check vital stats, monitor the heart rate, and make sure nothing goes wrong. This supervision is crucial when it comes to heavy users of certain drugs, such as some types of prescription pain pills, heroin, meth, alcohol, benzodiazepines, and inhalants.

Getting Help with Addiction: Planning For Rehab

Once a person makes a commitment to get help, there’s a whole new series of challenges to face, such as having to put work engagements or family obligations on hold. People are frequently hesitant to mention their upcoming treatment to their employer, but an employer who is appreciative of their work will want them to go to rehab because they have an interest in their staff being happy and healthy. The sooner a recovering addict lets his or her employer know about these plans, the better. The Family and Medical Leave Act grants up to 3 months of medical leave, so people don’t lose their jobs because they decided to look for help with addiction.

Time to Go to Rehab: Getting Used to the Change 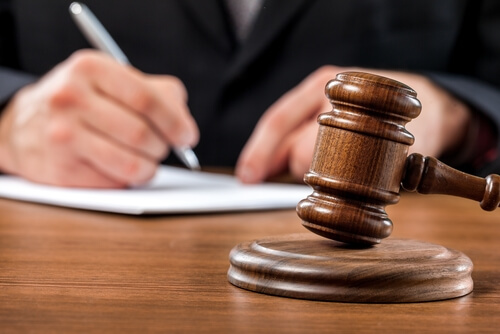 Recovering addicts who have children, elderly relatives, or pets to take care of need to ask someone to look after them or find temporary care options. If there are bills to be paid while they’re away, they should register for automatic payments or leave someone they trust some money to make sure the bills will get paid. There’s nothing worse than coming back from rehab after getting help for addiction, full of hope for the future, only to face an immediate challenge in the form of overdue bills. Being saddled with financial stress is a poor way to start.
People who plan on entering rehab need to make sure the courts are aware of this, whether via an attorney or through their own correspondence. Even if there has been an oral agreement to confirm the rehab stay, it’s always best to have something in writing.

When one has decided to go to rehab, they are often tempted to take everything with them that reminds them of home or another place they find pleasant and comforting. By taking only the things they will really need, however, rehab center patients will ensure they are complying with the facility’s requirements to the items allowed. By bringing only the essentials, a patient will also limit any outside distractions that can compromise their efforts to get help for addiction.