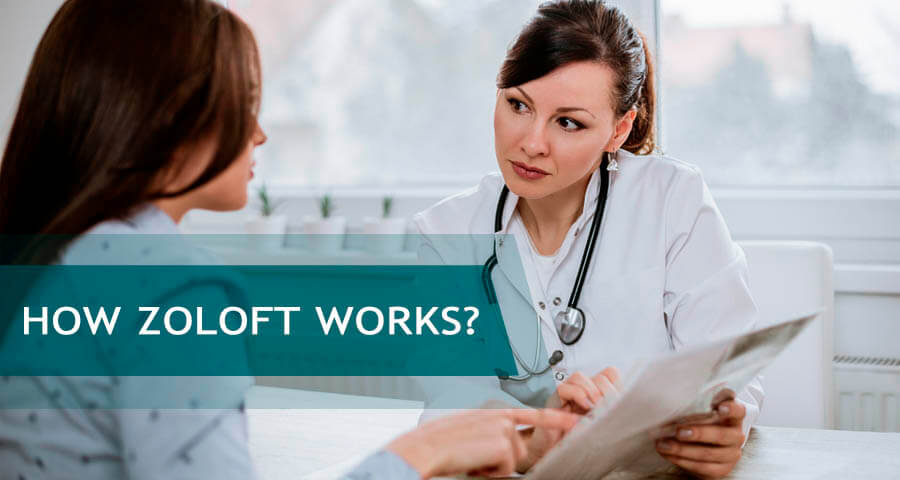 Over the decades, several new antidepressants have been introduced to the pharmaceutical world. These drugs tend to be quite different from each other both in terms of their chemical structure, and their mechanism of action. Among this drugs is Zoloft (Sertraline), a part of the Selective Serotonin Reuptake Inhibitors (SSRIs). Most patients with selected social disorders are being prescribed sertraline but don’t really know Zoloft mechanism of action. Studying how sertraline works is very important because it can help patients get the best out of it.

Zoloft works by slowing down the reabsorption of serotonin in the brain. Serotonin is a chemical neurotransmitter that transmits electrical pulses from one neuron to the other. Originally, Serotonin is instantly re-absorbed, but Zoloft lets this neurotransmitter remain in a synaptic gap between neurons for a reasonably long period. This, in turn, allows the serotonin to send additional messages to the receiving neuron boosting the mood of the patient.

Zoloft Mechanism of Action in the Body 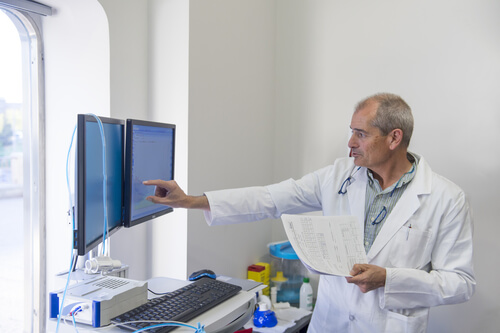 The exact sertraline mechanism of action is not fully known, but Zoloft uses to selectively inhibit the reuptake of serotonin at the presynaptic membrane. It means an increase in the synaptic concentration of serotonin in the Central Nervous System (CNS). This gives way to many functional changes associated with intensified serotonergic neurotransmission.

It is discovered that these tamperings are responsible for Zoloft’s action perceived during long-term administration of this drug.

Just like the other active ingredients, sertraline has one active metabolite and are less sedative, anticholinergic and have less cardiovascular effects compared to the Tricyclic antidepressants. The reason is that sertraline does not have antihistamine, clinically important anticholinergic or adrenergic (alpha1, alpha2, beta) blocking activity.
Sertraline also has no notable rapport for GABA, dopaminergic, benzodiazepine receptors or serotonergic (5HT1A, 5HT1B, 5HT2) in vitro. It arbitrates weak inhibitory actions on the neuronal uptake of dopamine and exhibits no inhibitory action on monoamine oxidase.
In the study published on the NCBI web site, the chronic administration of sertraline down regulates membrane norepinephrine receptors. This can also be observed with other antidepressants useful in the medication of major depressive disorder. The expected pharmacological action of sigma receptors in the mechanism of action of Zoloft is unclear.

In the human body, following oral once-daily medication over the range of 50 mg to 200 mg for two weeks, the peak plasma concentration of sertraline occurred between 4.5 – 8.4 hours after administration. Based on information provided by Pfizer, the average terminal elimination half-life of plasma sertraline is about 26 hours. The steady-state concentrations of sertraline are reached after a week of once-daily administration and roughly two-fold accumulation up to steady-state concentration is perceived.
The single dose bioavailability of Zoloft pill is accurately equal to an equivalent medication of Zoloft oral solution.
However, the effects of food on the bioavailability of Zoloft oral pills and concentrations were studied in subjects delivered a single dose with and without food. For the Zoloft tablet, the AUC (plasma concentration-time curve) was slightly increased when Zoloft was taken with food, but the Cmax was 25% greater. Meanwhile, the Tmax (Time is taken to reach peak plasma concentration) decreased from 8 hours after administration to 5.5 hours. For the oral concentrate, the Tmax was slightly extended from 5.9 hours to 7 hours.

FDA’s study on protein binding points out that Zoloft (Sertraline) is highly bound to proteins (98%) in the range of 20 to 500 ng/mL mostly to albumin and 1-acid glycoprotein. This was performed with radiolabeled H-sertraline however, between 300 and 200 ng/mL respectfully, sertraline and N-desmethylsertraline did not change the plasma protein binding of two other highly protein bound drugs  like warfarin and propranolol.

Zoloft (Sertraline) is broadly metabolized in the liver. Its metabolism includes N-demethylation, Oxidative deamination, N-hydroxylation and glucuronidation of sertraline carbamic acid. Zoloft undergoes N-demethylation to give way to the formation of N-desmethylsertraline. This retains significantly less pharmacological activity than the initial compound. The metabolic pathway is mainly catalyzed by cytochrome P450 CYP2B6, with CYP3A4, CYP2C19, and CYP2D6 contributing to a minor extent. Both N-desmethylsertraline and sertraline undergo oxidative deamination and subsequent reduction, hydroxylation, and glucuronide conjugation. Zoloft also in known for making weight changes in the body.

Effects of Zoloft in the Body System

Although Zoloft and it’s alternatives are different from other antidepressants and often mild, it still has the possibility of affecting the liver. That is why patients with liver problems have to inquire from a doctor before using sertraline as a medication. Liver diseases and reduced liver function may cause Zoloft to build up amounting to sever side effects too.
Among other Zoloft adverse effects, it could affect the kidney. Patients with minimal kidney function should be cautious with the drug. Generally, Zoloft affects the Central Nervous System.

Zoloft and decreased libido is also a relatively common side effect to appear.

How Long Does it Take for Zoloft to Start Working? 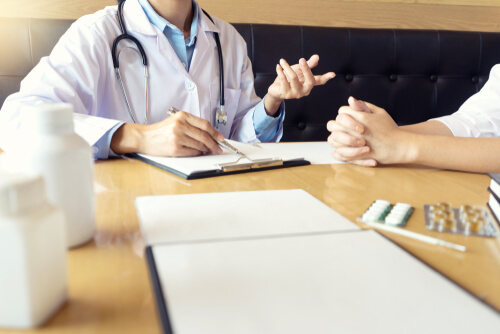 Improvement in daily life may start within the first one to two weeks, however, the average timeframe taken to see results might be up to four weeks. People react differently to sertraline, for example, it is not advisable to take sertraline during breastfeeding and pregnancy, but once physical improvements start, this can be an early indication that the medication is working.

Before a patient considers Zoloft, it is crucial for them to know the precautions, dangers and safer ways to start taking Zoloft.

It is also important to contact a doctor before starting their medications.

Also, patients struggling with Zoloft abuse should also consider the help of rehabs and addiction centers before tapering off sertraline.